BERLIN (ICIS)–Delegates at Europe’s largest petrochemicals convention should be more concerned about making the industry truly sustainable despite short-term bleak prospects, because “we don’t have much time” left to do so, according to the president of the European Petrochemical Association (EPCA). 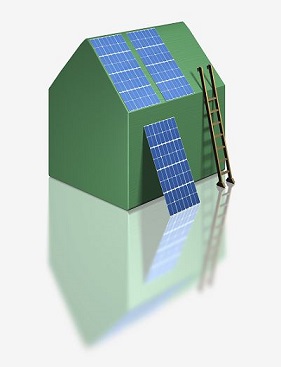 Marc Schuller, who is also an executive vice president at France’s chemicals major Arkema, said that the current economic woes may be hard to avoid as a conversation topic at the EPCA annual convention in Berlin, but encouraged delegates to think outside the box and start sketching out a sustainable petrochemicals industry.

“We don’t have much time – we see more and more pressure coming from stakeholders, people are becoming impatient to see us move [ahead with sustainability]. Therefore, speed will be a strong differentiator,” said Schuller.

“We don’t want to escape from the short-term topic discussions, but as EPCA we are a networking organisation and we focus more on medium-term issues.”

However, Schuller conceded the effort to make the economy more circular will require a lot of financial resources directed into research and development (R&D) to create materials that are truly circular and therefore making fossil fuels or other feedstocks redundant.

“The financial effort will not be coming from one side, but it will be a combination of investments from companies as well as other actors [public bodies through academic research, for instance]. This requires a commitment from everybody, but it will take time,” he said.

MANAGING THE CHALLENGE
He went on to say that the technical challenges to make the economy circular are “quite huge” in some areas – chemicals recycling, for instance, is only in its infancy – but added that he remains convinced the petrochemicals industry can take up this challenge as an opportunity in order to survive. 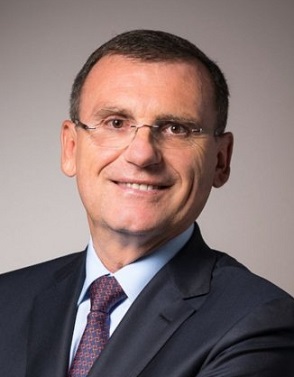 “Managing this challenge right would be a key success factor for this industry,” said Schuller, pictured.

The lightweight materials trend, for instance, is a key area for petrochemicals to make inroads into, as transport’s efficiency is set to become necessary in the eyes of consumers and regulators.

A fast ageing population in richer countries also presents an opportunity to create new materials, he added, as well as the new territory of electric vehicles (EV) which, while containing thousands fewer parts than conventional combustion engine vehicles, could still represent an opportunity for many chemicals.

But the petrochemicals industry also needs to become more sustainable in the way it produces and in the way it transports its loads.

In this regard, said the EPCA president, public bodies can also have a role to play.

For instance, the underdeveloped cargo railway systems across the continent forces chemicals companies to transport by road, which is less safe and more pollutant, or by water.

“We need a bimodal transportation system [rail and road], which would bring a clear improvement on logistics. We have a lot to do in Europe, especially in railways,” said Schuller.

“Although this is not the only issue we should tackle: the River Rhine’s woes in 2018 have not been repeated this year, but the problems could come back.”

However, the EPCA president preferred to remain positive the day the largest petrochemicals networking event in Europe started in earnest.

According to him, this industry is accustomed to challenges and the sustainability challenge, probably the largest of them all, could also be its greatest opportunity and represent its great leap forward.

“The whole game is to be innovative enough to detect demand patterns in the future, and to deliver on that. By definition, there will be negatives in terms of volumes [some chemicals losing out], but in terms of added value it can be a different story,” said Schuller.

THE PRESSING SHORT TERM
Despite the EPCA’s president calls for delegates at the conference to focus on the longer-term trends, the state of the European economy will invariably hop many conversations, especially in a forum when forward-looking contracts are discussed and, at times, agreed.

From olefins to aromatics and plenty of downstream products, the state of the industry is one of pessimism after 2019 brought a deep downturn in the manufacturing sectors across the region.

Germany’s industry has been in recession for several quarters and, with it, managed to drag the rest of the economy in the second and third quarters of 2019.

Even EPCA, accustomed to beat its own record every year in the number of delegates, has felt the pinch this year as companies cut costs.

While final figures are only made available in the last day of the annual conference (Wednesday 9 October), Schuller confirmed that the number of delegates for the 2019 edition is expected to be lower than the 2,700 achieved in 2018.

“Clearly, the macro environment has changed a bit compared to last year. There is more uncertainty, more volatility, and that is triggering different behaviours from companies: they have to work with a different pattern,” said Schuller.

However, he said that the current slowdown was not comparable to that of 2008 following the global financial crisis, adding that there are fiscal policies states could implement in order to boost chemicals demand, like much-needed infrastructure renewal and development.

“We are living in an uncertain world. It makes it quite different for companies than it was 10 or 20 years ago: things are changing quickly, the changes are significant, and this makes people get high levels of stress, forcing them to optimise in the short term, because the medium- or long-term is so uncertain,” concluded Schuller.

The EPCA annual meeting runs in Berlin on 6-9 October.