GCC chemical investments in the first 10 months of 2019 have exceeded $140bn, done through joint ventures and increased number of merger and acquisition (M&A) deals, according to estimates from the Gulf Petrochemicals and Chemicals Association (GPCA).

“The multibillion-dollar investments made both within the region [GCC] and international markets in the areas of refining, petrochemicals, distribution, storage… indicated a strong year for M&A deals and a renewed drive by regional producers to consolidate their business, build critical mass, diversify their business portfolio and expand access to high-growth markets,” the GPCA said in a statement.

The role of fostering partnerships across the entire value chain to increase the chemical industry’s competitiveness in the GCC and globally will be discussed at the upcoming 14th GPCA Annual Forum.

The forum will be held in Dubai in the UAE on 3-5 December, and is expected to attract more than 2,100 international and regional chemical executives.

At the GPCA forum, Oman minister of oil and gas Mohammad bin Hamad Al Rumhi is expected to provide an update on the country’s future plans following an earlier pledge by state energy firm Oman Oil Company and Orpic Group to invest $28bn in next 10 years.

The new wave of future investments in the GCC is being led by Saudi Arabia, which has been trying to lure in investors into its petrochemicals sector as part of its Vision 2030 programme to diversify its economy.

During a keynote speech at the 13th Annual GPCA Forum in 2018, Saudi Aramco president and CEO Amin Nasser said the energy firm is looking to convert about 2m-3m bbls/day of crude oil directly into petrochemical products. 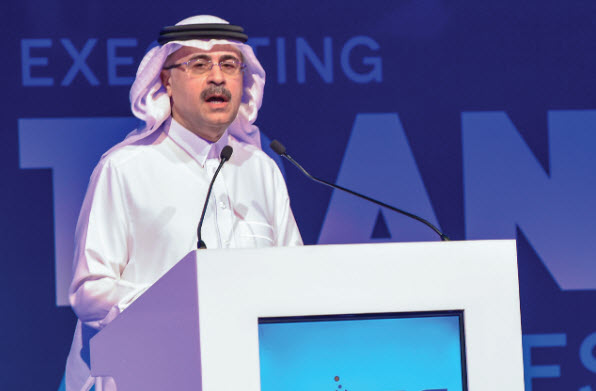 The energy giant is undertaking two massive projects in Saudi Arabia – a crude oil-to-chemicals (CTC) project in Yanbu to produce 9m tonnes/year of chemicals and base oils by 2025; and the Amiral 1.5m tonne/year cracker joint venture project with France-based Total which is slated for start-up in 2024 in Jubail.

Saudi Arabia announced in November more than $2bn worth of new petrochemical investment deals, which include an ammonia project and a polyacrylamide plant in Jubail.

Outside the Middle East, GCC chemical firms are also involved in massive upcoming projects, including the $44bn refinery and petrochemicals complex planned in Raigad, India with a consortium of Indian oil companies and the Abu Dhabi National Oil Company (ADNOC), which is expected to start up in 2025.

Saudi Aramco’s refinery and petrochemical joint venture with Malaysian state oil firm PETRONAS in Pengerang, Johor state, is also expected to start up soon with the 300,000 bbl/day refinery at the site on track to start commercial operations by the end of this year.

“These developments will result in greater competitiveness in the regional [GCC] chemical industry by enabling it to leverage economies of scale, accelerate innovation and greater market leadership,” said GPCA secretary general Abdulwahab Al-Sadoun.

“We can expect to see more of these large-scale alliances across the entire value chain… Partnerships that help chemical players stay agile and resilient and quickly adjust to changes in the worldwide economic picture will be increasingly sought after,” he added.

Click here to view the latest petrochemical developments in the Middle East and the coverage of Gulf Petrochemical Association (GPCA) 14th annual meeting, which takes place from 3-5 December in Dubai.