LONDON (ICIS)–Operations at Tarragona’s chemicals park in Spain are running normally after a blast at IQOXE’s facilities left two dead and eight injured.

On 14 January around 19:00 local time (18:00 GMT) a large explosion at the facilities of Industrias Quimicas de Oxido de Etileno (IQOXE) caused a subsequent fire which the emergency services got under control on Wednesday morning.

IQOXE has the capacity to produce 140,000 tonnes/year of ethylene oxide (EO), among other products.

Rail and road cargo transport in the surrounding areas were at first affected but have been re-established. Only passenger train lines remains shut.

“Yesterday [Tuesday] at 18.41 there was an explosion in one of the four derivative products plants, specifically in the new plant that was put into operation in June 2017 and that had been running normally,” said IQOXE on Wednesday morning.

Petrochemicals majors like BASF, Covestro, Dow, or Repsol have operations in the area.

A spokesperson for BASF said its operations were unaffected.

“Our facilities are located very close to IQOXE’s but we are running operations normally. Supply of raw materials or logistics are not affected,” said a spokesperson for BASF.

Dow and Covestro were not immediately available to comment.

“There was some initial disruption to logistics, but everything has been re-established now,” the BASF spokesperson added.

The president for the Tarragona Chemicals trade group AEQT, Francisco Montoya, confirmed other plants in the area are running normally. 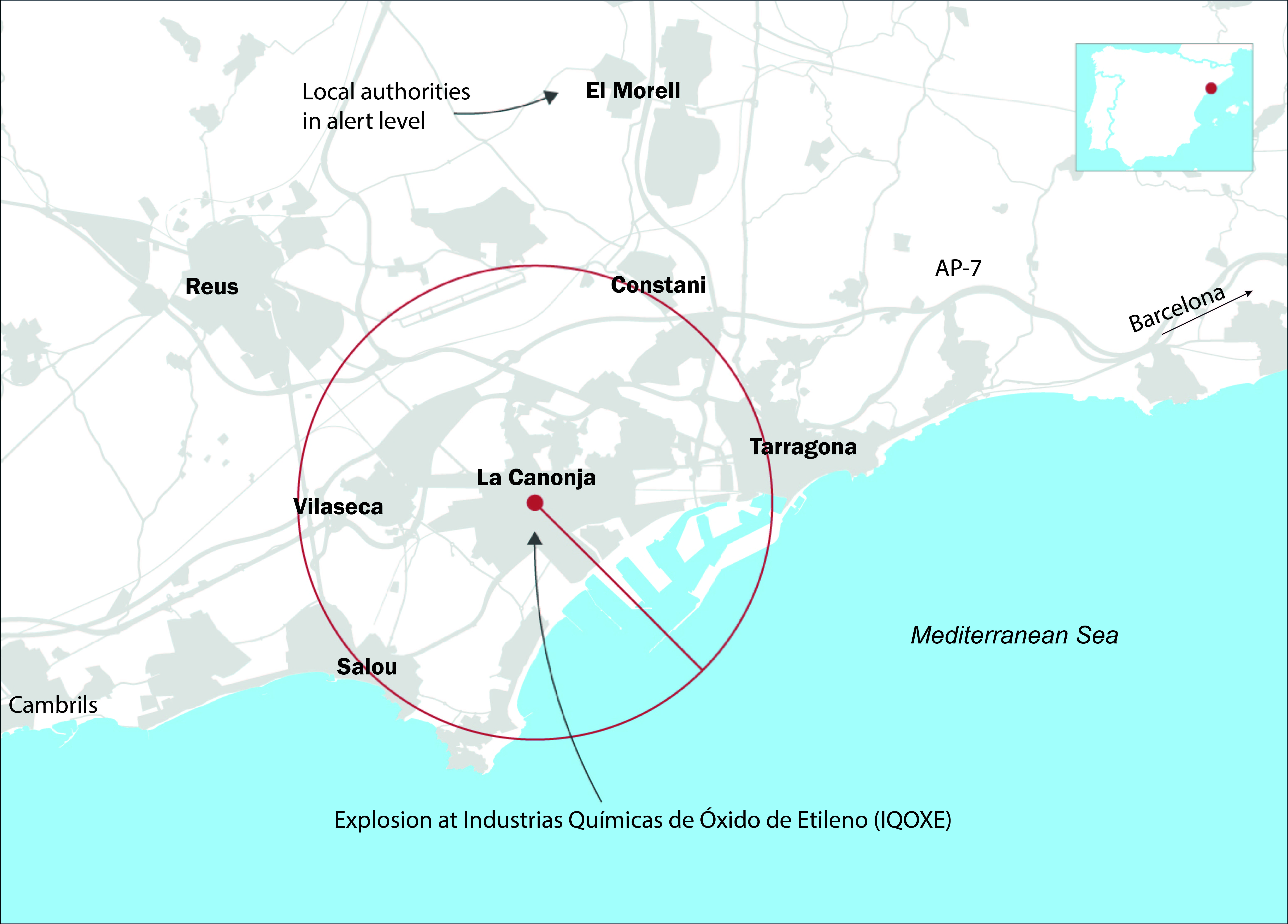