• LNG sellers could struggle to deliver into Europe

LONDON (ICIS)–European gas consumption across major demand centres could alter considerably in the coming weeks and into the start of the gas summer as measures to tackle the spread of the coronavirus intensify.

One of the countries at the epicentre of the outbreak is Italy which has been under a strict government lockdown since the second working week of March.

Total gas consumption between 9-17 March has averaged 218 million cubic metres (mcm)/day, 3.25% down on the five-year March average, according to system operator data.

Contributing to this is a 5.5% drop in power sector offtake and 4.75% drop in industrial demand. 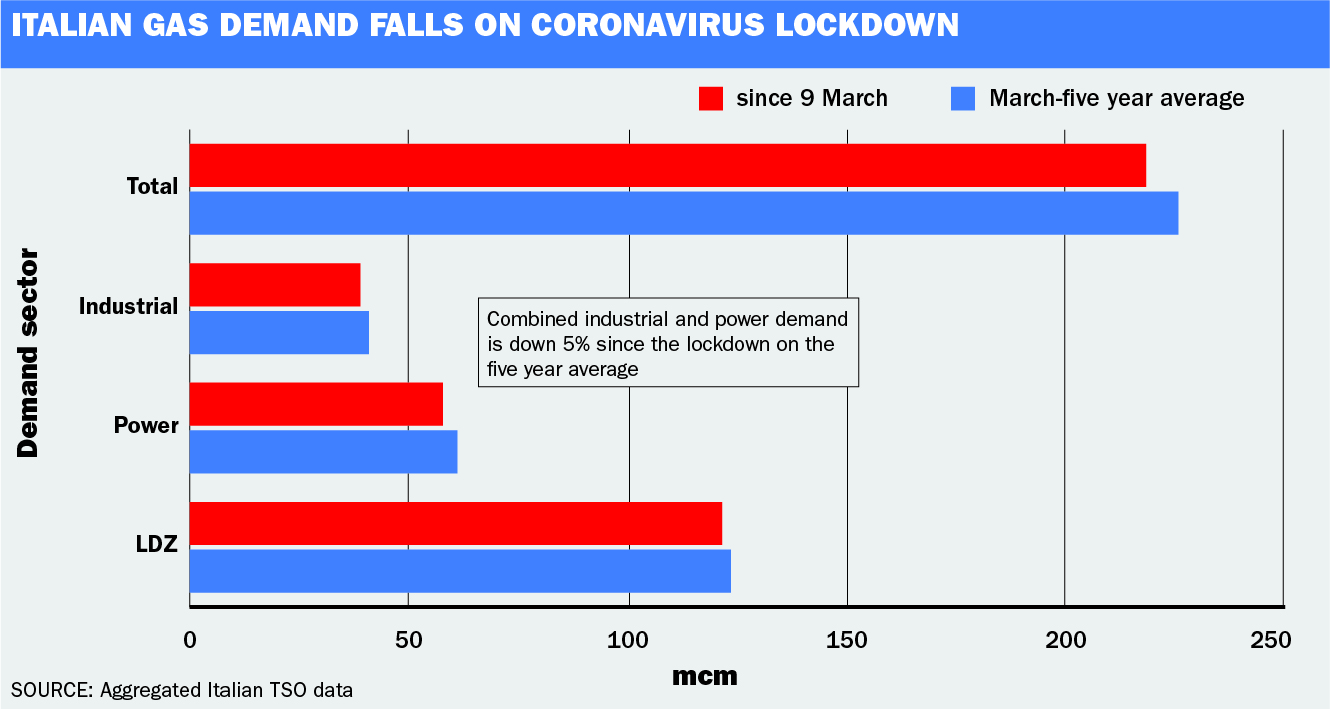 With many other countries forecast to follow Italy in terms of virus cases and potential lockdowns, a drop in industrial demand ranging from 2-5% could be expected, which would erode further value from the near curve.

During this period the Italian PSV Day-ahead has shed 8% and the April ’20 7% and has room to fall further once temperatures lift into the start of the gas summer.

The average temperature across Milan has been 13.5°C in March to date which puts it 0.5°C below the seasonal average, therefore the impact of the virus can already be seen in secondary gas offtake.

Temperatures in Milan are set to be 6°C above normal up until 20 March and then are expected to tumble well below average until the end of the month, according to Meteo Allerta.

Although due to these measures only being introduced more recently there has not been a drastic alteration on national consumption patterns.

In Spain, the second hardest-hit nation, overall gas demand has been down 0.5% on the five-year March average. 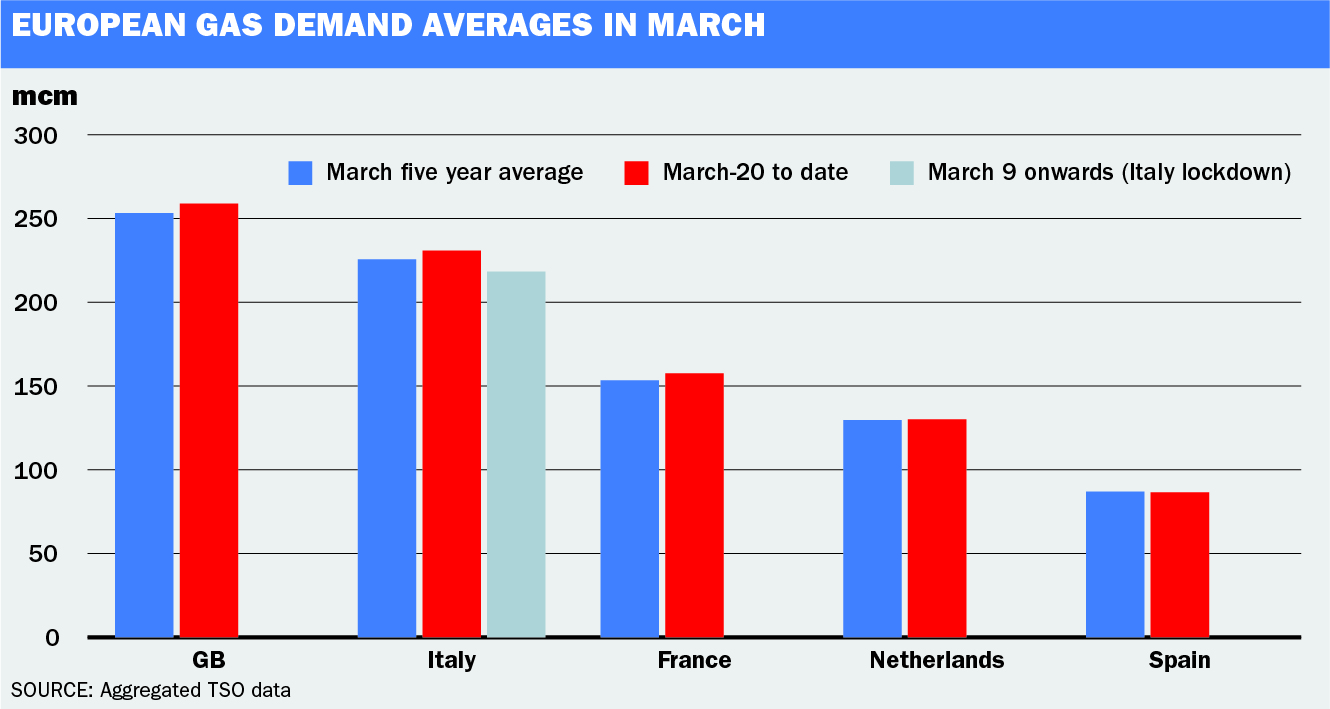 This is related to the outbreak as temperature in the capital has averaged 14.9°C in the month, 1.1°C down on the monthly average.

Gas offtake in the power sector recorded the largest drop at 4.34%.

However in France, another nation battling the virus, total gas consumption is 4% higher in March against the five-year historical trend.

French gas consumption split by sector showed the following for March against its five-year historical average.

The key takeaway is that demand will not be expected to fall uniformly across all sectors until a sustained period of lockdown is achieved. Gas consumption in the residential sector for example would likely increase for a period as people work from home, until temperatures climb into April.

This has been highlighted in Britain with residential demand up by 9.8% year on year since the start of March.

“April is a high-pressure dominated month, should be relatively warm, dry and no big wind episodes, wind possibly a little below average overall and also quite sunny,” a meteorologist at MetDesk told ICIS.

Appetite to deliver LNG volumes into Europe could drop with limited space available in storage sites, and a weakening demand profile.

In northwest Europe, precautions have been taken at Gate LNG terminal in the Netherlands, as all workers have been told to work from home.