LONDON (ICIS)–Market sources have indicated the coronavirus has reduced demand for truck-loaded LNG around Europe, as countries have implemented lockdown measures and low oil prices have made gas less competitive as a transport fuel.

Data from terminals in northwest Europe shows the impact has not been as significant as originally thought.

Declines in demand began during early March, a source told ICIS, with the first notable hit coming in week 11 when Brent Crude made the sharpest drop since 1991.

One buyer said they were avoiding closing new deals to asses the market impact of the virus.

Another source said that part of his company’s portfolio supplies the agricultural sector, where production has remained robust compared to other areas.

They added that demand from the automotive sector had started to wane in late March and that other areas were operating below capacity.

In Spain seven more LNG vessels arrived during March this year than in 2019, but average truck-loaded volumes fell by 9% between February and March 2020.

The decline in demand comes amid further European oversupply, with LNG imports up by 10% in March compared to the same month last year. 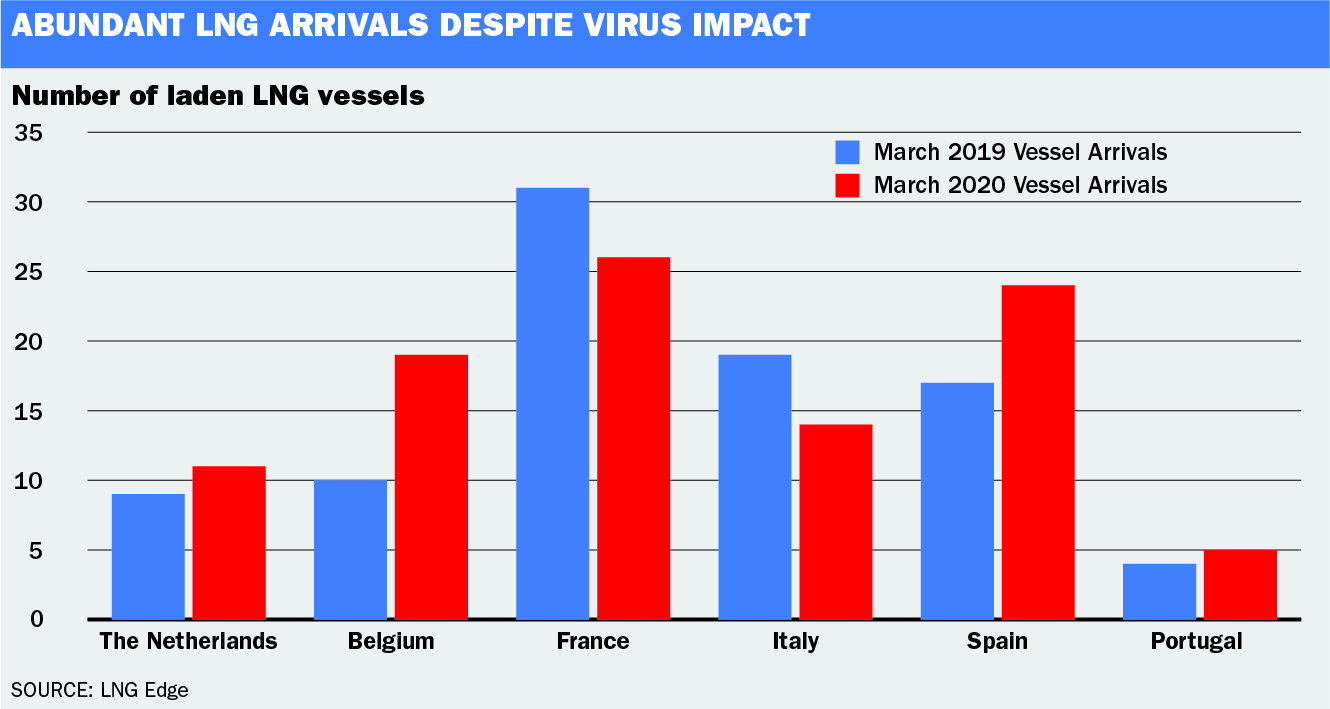 One buyer said southern Europe was the first region to show lower truck-loading, but said other areas were following.

This implies that demand impact has followed the virus.

Looking to northwest Europe, where lockdown measures were implemented after Italy and Spain, this appears to be the case.

Increases are unlikely to continue in April after the Netherlands introduced lockdown measures in mid-March.

At the Belgian Zeebrugge terminal, loadings increase by 48% in March compared to 2019.

A potential uptick in demand for truck-loaded LNG could come if global oil production cuts are agreed, as well as if lockdown measures are eased.

If oil prices rise while Europe remains oversupplied with gas, the competitiveness of LNG for transport will improve.

That said, if lockdown measures continue across Europe then demand for truck-loaded LNG will remain weak.