NEW YORK (ICIS)–US-based Dow is idling three polyethylene (PE) plants and two elastomers units in the Americas, taking out about 10% of its global capacity, to avoid oversupply and stuffing inventories, its CEO said on Thursday. 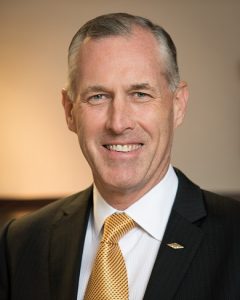 “We did what we did on supply just to balance off demand. We had a good strong first quarter – volumes were flat to slightly up in Packaging & Specialty Plastics (P&SP) but we’re going to see some impact on volumes on the industrial part of the sector in the second quarter which is why we tightened up some of the supply,” said Jim Fitterling, CEO of Dow, on the company’s Q1 earnings conference call.

“We’re not closing high-cost assets – we’re closing to balance demand… The reality is there’s been a pretty significant amount of industrial capacity shut down on the downstream, and so we don’t feel like… really plowing a lot of material into inventory is the right thing to do,” he added.

Dow plans to idle the plants – in the US and Argentina – for at least one month. The total capacity of the plants is around 2bn lb/year (907,000 tonnes/year).

The plants being idled include a solution PE train in Freeport, Texas, and two gas phase PE units – one in Seadrift, Texas, and the other in Bahia Blanca, Argentina. Two elastomers units in Louisiana are also being idled, said a Dow spokesperson.

PE CONVERGING TO GLOBAL PRICE
The CEO expects PE pricing to trend lower on the second quarter on the weak demand environment.

“Actually we’ve started to see exports to China stepping up pretty dramatically. China has reduced the tariffs coming in and the Chinese economy is starting to rebound versus March. We started to see activity there in late March and through the month of April, and so the industrial part is starting to get rolling again – the consumer part, still a little uneven.

Overall, Dow is seeing weakness in plastics demand for industrial shipping, and industrial and automotive applications, he noted.

However, Fitterling said he is hopeful of a “turn in the economy on the industrial side” in May and June, as automotive plants reopen in the US, Europe and Latin America. He also expressed optimism on the overall recovery from the coronavirus crisis.

“We’re starting to get positive signs out of many [US] states… for a May opening and some parts of Europe like Germany, Austria and Switzerland. And then I think as confidence builds, testing comes along, people are going to be more certain about going back into manufacturing and consumers will be back in the market,” said Fitterling.

“And at that point, it’s easy to fire these PE units back up and meet that demand,” he added.

In the meantime, other companies are delaying expansions, he noted.

“I have seen some delays and indefinite suspensions of projects. There was one this week in Ohio… so we’re starting to see some of those announcements,” said Fitterling.

On 27 April, ICIS reported that while PTTGC America and Daelim Chemical USA’s joint venture 1.5m tonne/year cracker project in Belmont County, Ohio, remains a “top priority”, there is no firm timeline regarding a final investment decision (FID) for the project because of the economic uncertainty caused by the coronavirus outbreak and subsequent containment measures.

Upstream, Dow has not idled ethylene capacity as costs are still low on the US Gulf Coast, noted Fitterling.

However, for the US overall, about 9-10% of ethylene capacity is offline, he said.

Q2 GUIDANCE
Looking to the second quarter, Dow is modelling a flat to 10% decline in volumes versus the first quarter for its P&SP segment, with sales down 10-20%. This assumes economies begin opening in the quarter.

“While we expect continued robust consumer driven demand for our food, health and hygiene, and packaging applications, we this being more than offset by demand softness in automotive and infrastructure applications, as well as lower average energy prices,” said Howard Ungerleider, Dow’s chief financial officer.

In the first quarter, Dow posted a 10% decline in sales year-on-year to $4.61bn on flat volumes and local prices down 9%. Operating earnings before interest and tax (EBIT) fell 16% year on year to $580m.