LONDON (ICIS)–On 6 July the Danish Energy Agency announced Nord Stream 2 can use pipe-laying vessels with anchors to finish the offshore section of the natural gas pipeline that will double direct Russian export capacity to Germany.

This potentially means the project developers can resume construction from 3 August. 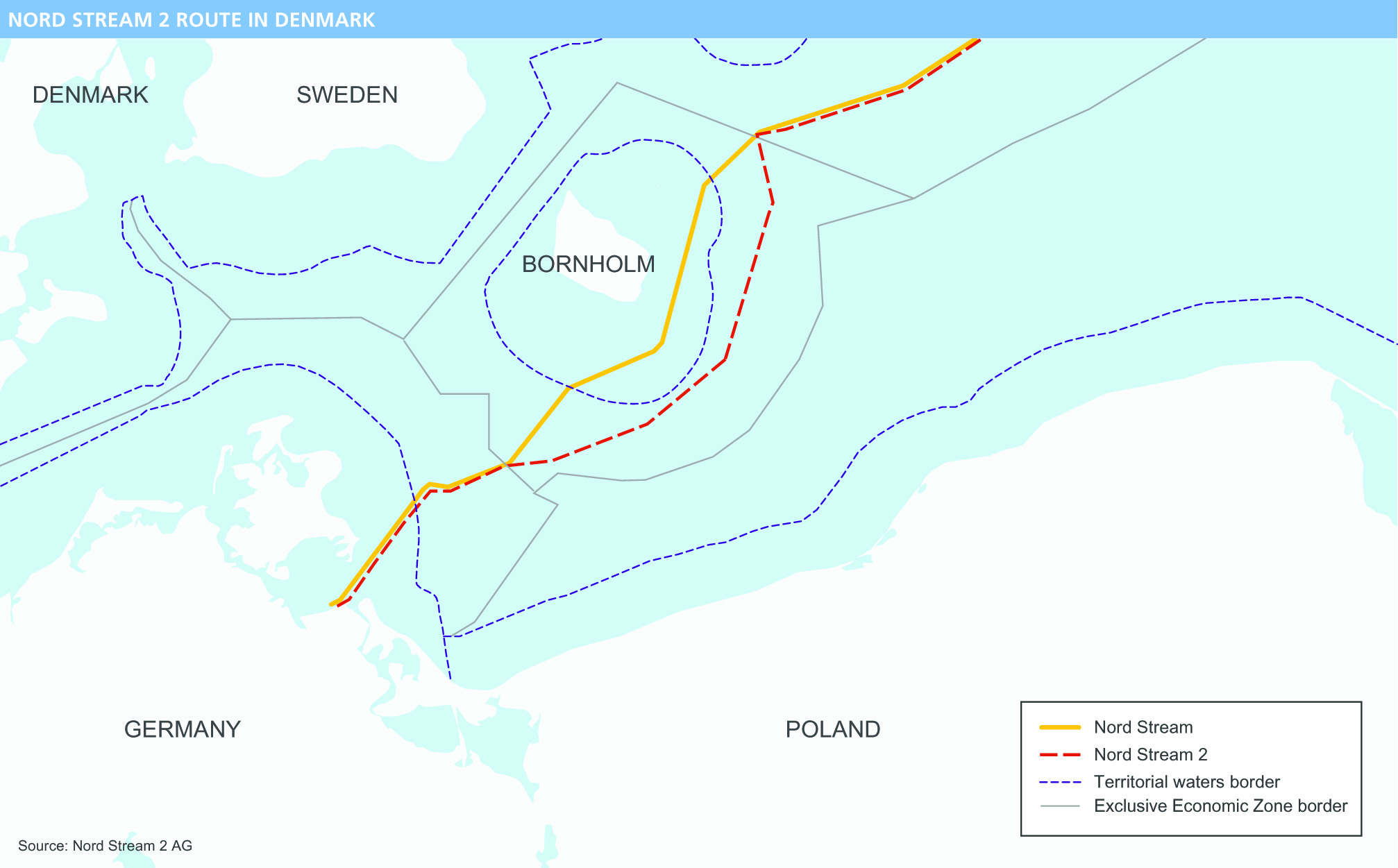 Backers of Nord Stream 2 have not named the vessels planned to complete the work, although there are two Russian pipelayers that could be suitable.

The Fortuna is an anchored vessel that has laid pipes for the projects in Russian waters.

The Akademik Chersky is equipped with a dynamic positioning (DP) system without anchors.

Both ships are stationed in the German port of Mukran, a key logistics hub where around half of Nord Stream 2 pipes are coated and stored.

If the vessels were sent to Danish waters on 3 August, it is estimated the project could be finished in late September.

Vessels with a DP system were preferred in the Danish permit issued last October, as they reduce the risk of encountering unexploded devices at the bottom of the Baltic Sea.

The press release said: “The remaining part of the pipelines to be constructed in Denmark is outside the area where bottom trawling, anchoring and seabed intervention are discouraged due to the risk posed by dumped chemical warfare agents.”

The project developer told ICIS: “We are still considering different options and will inform about our plans in due time.”

There is a four-week delay before the amended permit can be used, meaning anchor vessels could lay pipes in Danish waters from 3 August.

“Anyone with significant and individual interest in the decision may appeal…the complaint must be received by August 3, 2020,” the Danish permitting document states .

“The permit may not be used until the time limit for appeal has expired,” it adds.

If construction resumes on 3 August using the Fortuna and the Akademik Chersky, it could take around 53 days to build the last 160km of the link.

The Akademik Chersky has a pipelay speed of approximately 1.5km/day, ICIS understands.

The Fortuna averages 1.5km/day , according to Russian newspaper Kommersant, while the vessel’s owner MRTS did not respond to ICIS to confirm this.

In early June several US senators called for more sanctions against the project, including pipe-laying vessels and insurance, port, or tethering service providers for the vessels.

The US senate included the proposed sanctions in the national defence act, Republican congressman Steve Womack tweeted on 30 June .

Other US sanctions against the project were enacted in December last year, which forced the main pipe-layers to stop construction.

The proposed additional sanctions “are unacceptable and contrary to international law, and the Union firmly opposes them,” EU high representative for foreign affairs and security policy Josep Borrell said on 25 June.

“The commission is preparing the ground for the adoption of a reinforced sanctions mechanism which will improve the resilience of Europe faced with the effects of the extraterritorial application of sanctions imposed by third countries,” Borrell added.

The German parliament’s economic and energy committee has tasked the government with preparing a response to the potential US sanctions.

An expert hearing took place on 1 July, but the content of discussions was not made public.