This analysis has originally been published in an extended version for ICIS EU carbon subscribers on 10 February 2021 at 12:35 CET.

EUA prices reached new all-time highs in the first days of February, and continued their bullish trend through 11 February, when carbon broke the €40/t level for the first time. In this update, we shed light on the drivers behind the price surge, and argue that fundamental drivers merely followed EUA prices, rather than dictating them.

Fundamentals do not support current bullishness 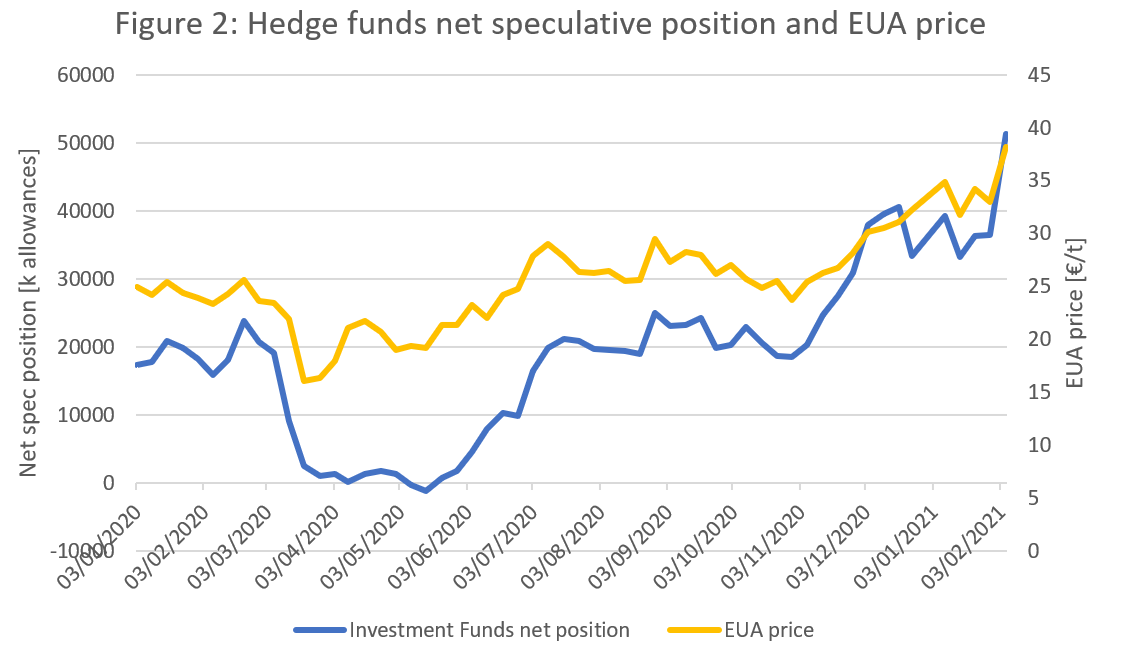 Source: ICIS, based on ICE data

Our ICIS EU carbon customers have access to extensive modelling of different options and proposals. If you have not yet subscribed to our products, please get in contact with Justin Banrey (Justin.Banrey@icis.com) or Audrius Sveikys (Audrius.Sveikys@icis.com).

Fire hits Pertamina refinery in Indonesia on 15 May; repair to take a week