LONDON (ICIS)–Eurozone GDP contracted by 0.6% in the fourth quarter, as major economies in the 19-country currency union established lockdown measures to control a spike in the coronavirus pandemic.

Employment, however, went up 0.3% during the quarter, according to figures from European statistical office Eurostat on Tuesday.

Eurostat also published its first estimate for GDP in 2020, with the eurozone suffering a historic decrease of 6.8%.

The economic rollercoaster caused by the pandemic in Europe continues taking a toll, with many major countries also expected to suffer nil or negative growth in Q1 due to current restrictions in place.

The economy in the eurozone, however, was 5.0% smaller at the end of 2020 than a year earlier, the last full quarter before the pandemic hit.

Pandemic hit to the economy in 2020

*Based on seasonally adjusted data 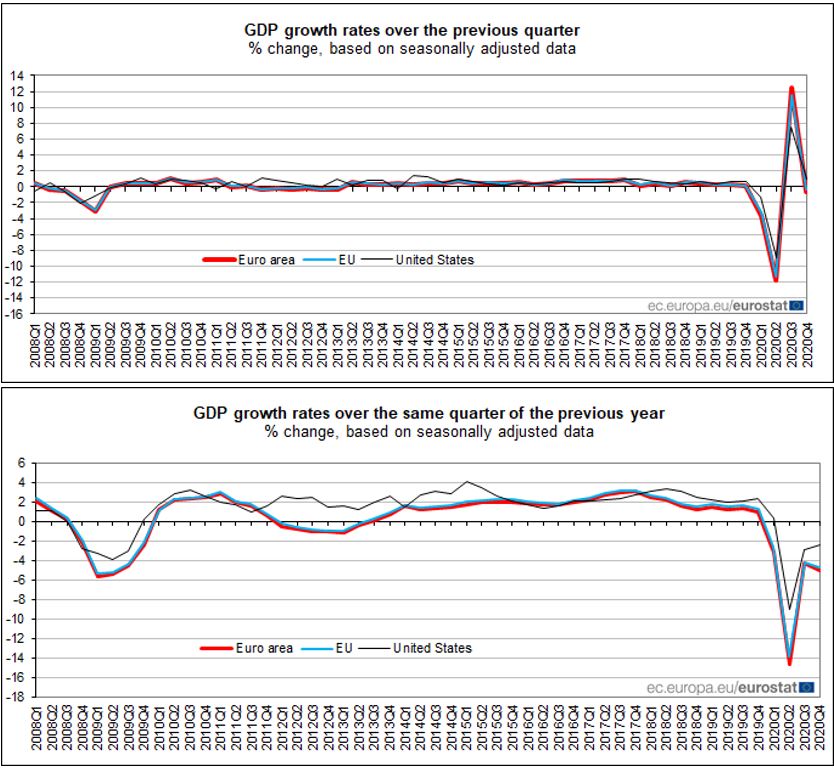 DESPITE ALL, SENTIMENT IMPROVES
German research institute Zew also published on Tuesday its economic sentiment index for February, which posted sharp increases as the vaccines roll-out gives hope of a return to some sort of normality.

However, when asked about the current economic situation, the figures were more sombre.

“[The index] increased again considerably in the current February 2021 survey, climbing 9.4 points to a new reading of 71.2 points compared to January,” said Zew.

INSIGHT: Shifting global investment in chemicals research is a challenge for established markets