Westlake seeks to profit from US housing growth with Boral deal

HOUSTON (ICIS)–Westlake’s pending $2.15bn acquisition of the North American building-products business of Boral should allow the vinyls producer to profit from what could be several years of catch-up housing construction, the result of more than a decade of underinvestment that took place in the aftermath of the 2008 financial crisis, the company said on Monday.

The acquisition should close in the second half, and the combined size should approach that of large standalone business-products companies, Westlake said.

For comparison, Westlake’s business-products revenue is about $2bn, and it employs a couple thousand people, said Albert Chao, CEO. He made his comments during a conference call with analysts.

The deal does not include the fly-ash or brick business of Boral’s North American business, said Steven Bender, Westlake chief CFO.

As such, the acquisition will fill in geographic and product gaps in Westlake’s building-products business, according to the company.

The addition of Boral will increase Westlake’s exposure to the North American housing market, which Westlake said is benefitting from long-term secular growth.

For more than a decade, the US has been building too few houses, according to Westlake. Housing starts have yet to return to levels seen before the 2008 financial crisis, as shown in the following chart. 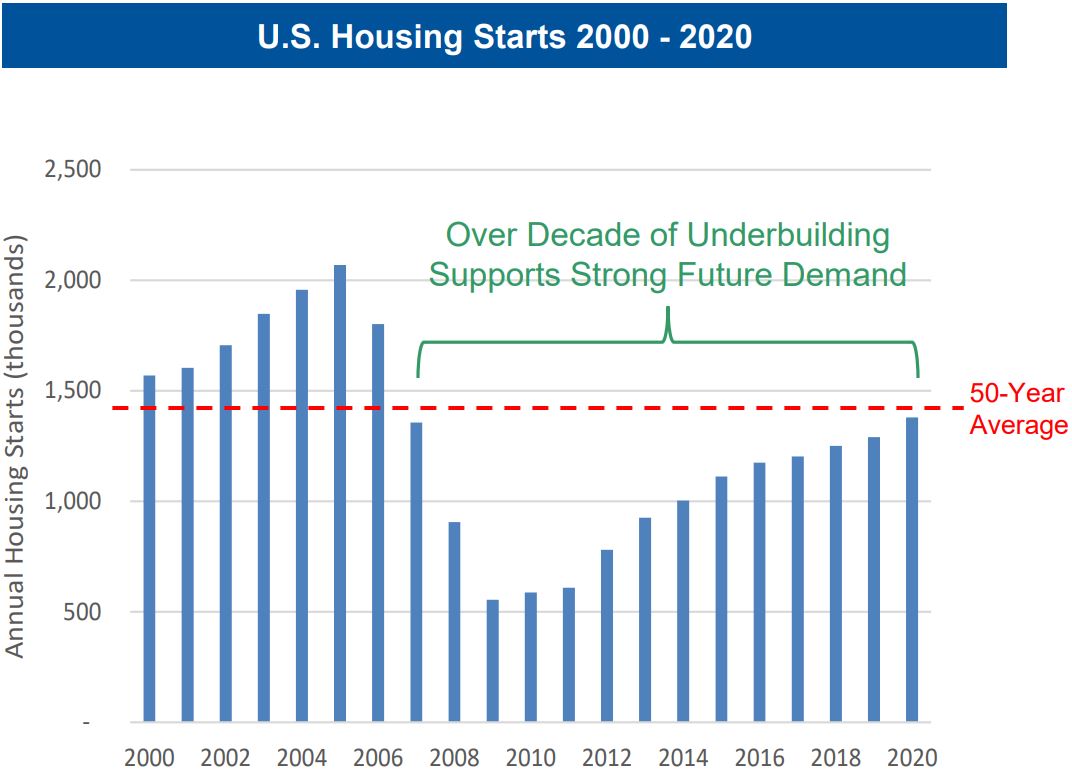 At the same time, the US should see continued growth in the population of those aged 35-44, the peak years of household formation, as shown in the following chart. 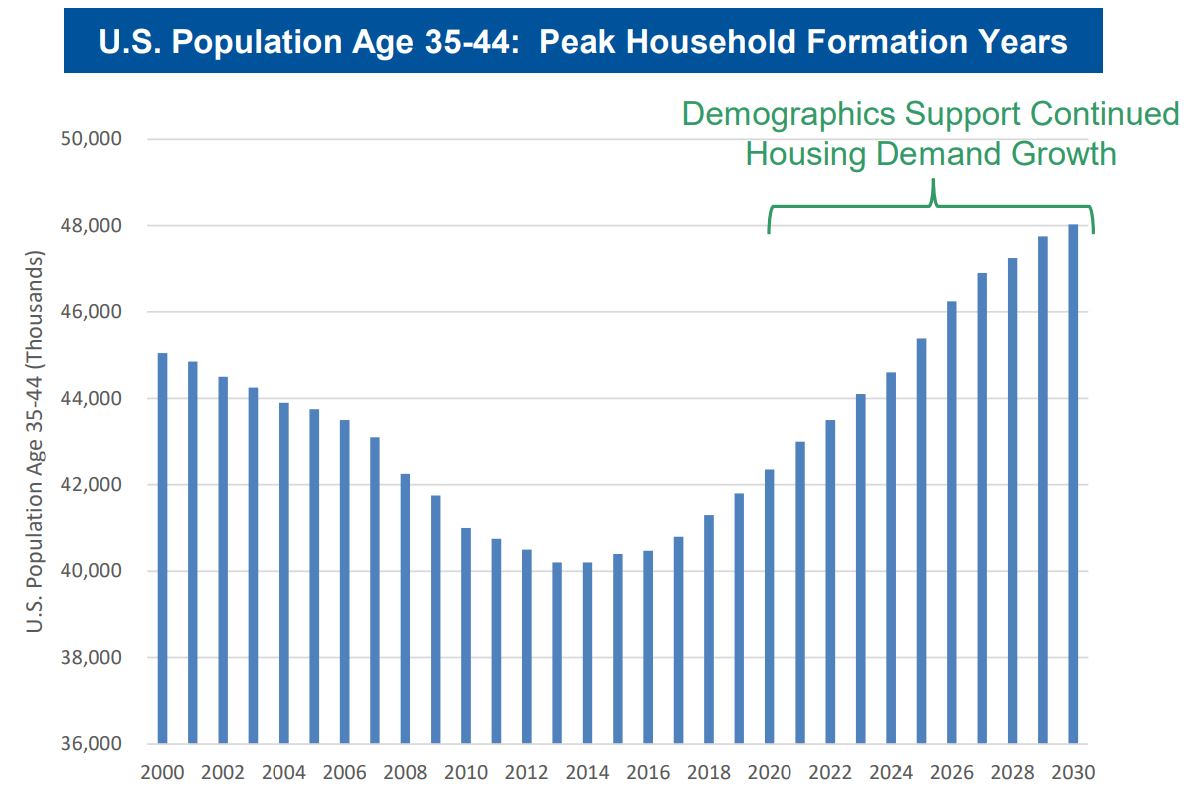 Meanwhile, Westlake expects spending will continue to rise for repair and remodelling, as shown in the following chart.

Building-products businesses typically report higher margins than their chemical peers because they are less capital intensive and their sales are more stable, without the peaks and troughs that characterise commodity chemicals, Bender said.

Cost synergies should total $35m, and Westlake expects the acquisition will be accretive within the first year of closing.

Westlake will fund the acquisition with $1bn of cash on hand and subsequent debt issuances The company should keep its investment-grade ratings, it said. Westlake is assuming no debt with the acquisition.

The following pie charts compare the current sales of Westlake and Boral North America (BNA) and how those figures would look after the acquisition. 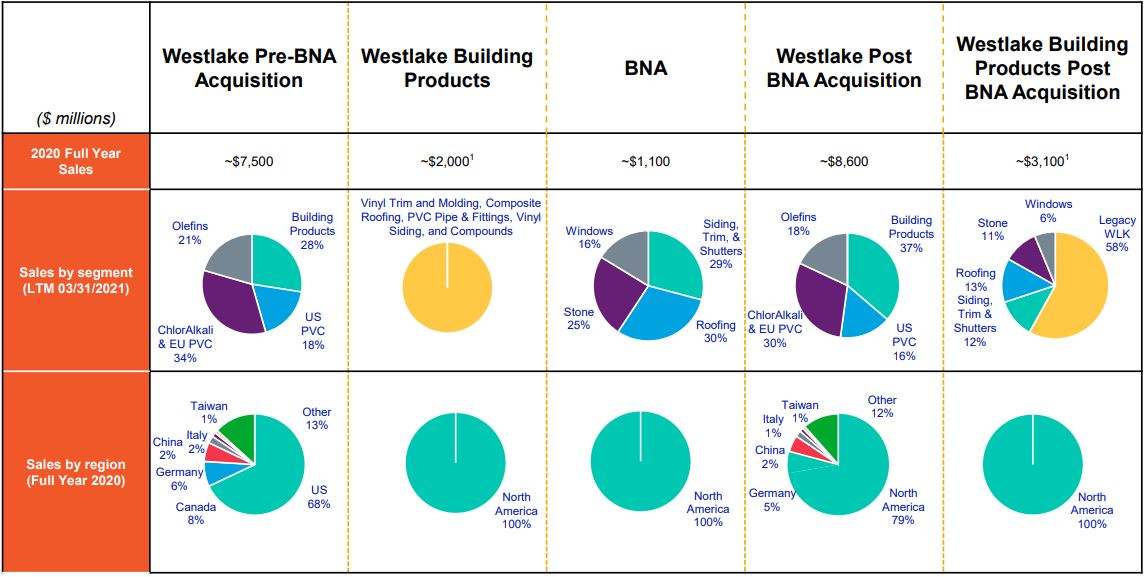 In prepared remarks, Boral said its North American building products business attracted a broad range of potential buyers. The company expects a significant portion of the proceeds will be available for distribution to shareholders after it pays down debt and makes needed reinvestments.

Construction is an important end market for plastics and petrochemicals. In addition to PVC, construction consumes insulation made out of expandable polystyrene (EPS) and polyurethanes as well as paints and coatings, adhesives and sealants.

Thumbnail image shows a house under construction. Image by the National Association of Home Builders (NAHB)