Overall production – including pharmaceuticals – rose compared with the fourth quarter and year on year, but, in a worrying sign for the petrochemicals sector, production excluding pharma decreased in both measures.

“In Q1 2022, chemical companies struggled with supply chain bottlenecks and sharply rising energy and raw materials costs. These problems were exacerbated by the war in Ukraine,” said VCI.

“Therefore, many businesses are in a recession mood. Possible shortages of gas and oil are a particular cause for concern.”

Following Russia’s invasion of Ukraine, the EU has moved to sanction important sectors of the Russian economy, and sanctions on crude oil are already on the cards for later in the year.

The VCI has said in the past such a measure would put a strain on the petrochemicals industry, especially via potentially higher naphtha costs, a key raw material for the industry. 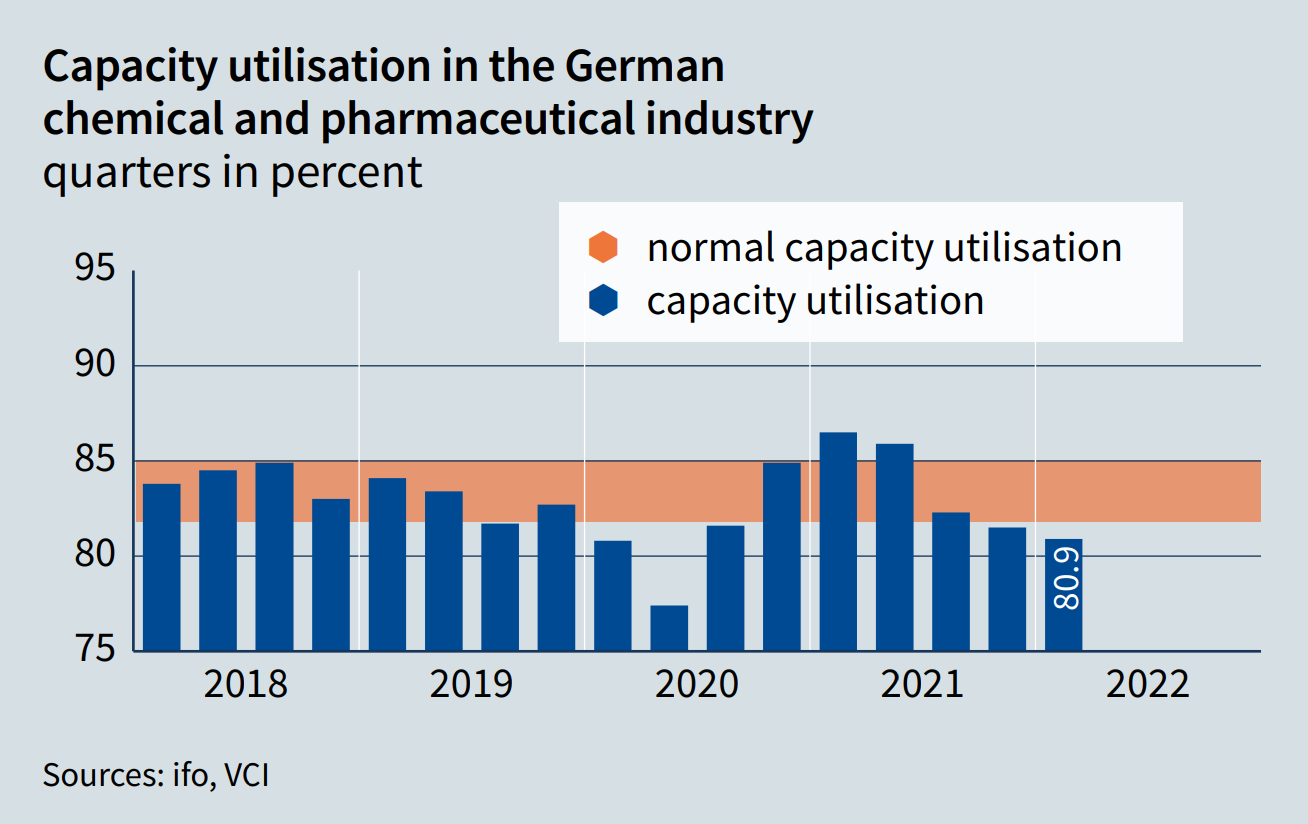 –
OUTLOOK CANCELLED
VCI said due to the “unpredictable consequences” of the war in Ukraine, as well as China’s lockdowns to contain the pandemic, it was impossible to issue a forecast for 2022.

“Nothing is left of the anticipated upswing after the Coronavirus winter. The perspectives for our industry are getting ever bleaker due to rising energy and raw materials costs,” said VCI president Christian Kullmann, who is also CEO at producer Evonik.

“Moreover, due to disrupted supply chains our industrial customers are cutting back on production and ordering fewer chemicals. A gas embargo or a stop of gas supplies from Russia would have further devastating effects.”

FINAL 2021 FIGURES
VCI also published on Tuesday final production and sales figures for 2021, which consolidated the German chemicals industry as the largest in Europe by a wide margin, with nearly €230bn in sales, including pharmaceuticals.

France’s chemicals industry comes second, with €97.2bn in sales in 2021, according to the country’s chemicals trade group France Chimie.

Spain’s chemicals sales stood at €77.2bn in 2021, according to the country’s trade group FEIQUE.

Italy’s trade group Federchimica is yet to release 2021 sales figures; in 2020, the country sold chemicals worth €51bn, according to the Europe-wide trade group Cefic.