MADRID (ICIS)–SIBUR and TAIF concluded on Friday an agreement to merge assets aiming to create the fifth largest player globally in both polyolefins and elastomers, the two Russian petrochemicals players said on Friday.

The two companies announced in April their intention to merge some of their assets.

According to figures provided by SIBUR, the joint entity would produce 8.1m tonnes/year of polyolefins, when including upcoming capacities in their Amur GCC and EP-600 large-scale projects.

Always according to SIBUR’s figures, the new entity would also become the fifth largest elastomers – or rubber – producers, with 1.2m tonnes/year of production and only behind ARLANXEO’s 2.1m tonnes/year and ExxonMobil’s 1.4m tonnes/year.

SIBUR is one of Russia’s largest petrochemicals producers; in the second quarter of 2021, its sales and earnings shot up quarter on quarter and year on year.

WITHIN THE NEW ENTITY
Assets in the Nizhnekamskneftekhim large-scale SIBUR facilities, located in West Siberia region, will be included in the joint entity.

The complex is expected to produce 1.8m tonnes of product when complete; it will include a 600,000 tonne/year naphtha steam cracker producing ethylene and co products including C5 and heavier fractions.

Other assets to be put under the umbrella of the new entity will be be SIBUR’s Kazanorgsintez facilities; the site is the only Russian producer of ethylene vinyl acetate (EVA), according to SIBUR, polycarbonate (PC) and bisphenol A (BPA).

Energy provider TGK-16 will be fully integrated into the joint entity; the company provides heat and electricity for TAIF petrochemical assets.

TAIF shareholders will receive a 15% stake in the new combined company in exchange for 50% plus 1 share in the new entity, called JSC TAIF, but the two parties agreed on an early exercise of an option for the remaining 50% – 1 share stake of TAIF’s shareholders. “In a matter of days” the combined entity will consolidate 100% of the shares of TAIF Group, said SIBUR.

“One of the key elements of the deal is TAIF Group’s $20bn Strategic Development Programme. Combine that with the development programme that SIBUR is already running in Western Siberia and the Far East, and it is safe to say that the new company will hit its targets,” said Albert Shigabutdinov, chairman of JSC TAIF’s board.

“We definitely have to work hard, but our goal is to create a completely new and strictly performance-oriented corporate culture drawing on TAIF’s and SIBUR’s best practices.”

The two firms also said “priorities” outlined in their agreement would be the “implementation of projects to cut” greenhouse gas (GHG) emissions, as well improving the collection and recycling of polymer waste, without disclosing more details.

SIBUR is not only expanding it influence within Russia; In June, the producer said it had signed a framework agreement with Kazakhstan sovereign wealth fund Samruk-Kazyna and state oil and gas company KazMunayGas, potentially to play a role in petrochemicals projects.

Those project would be set to add, the company said at the time, nearly 2m tonnes/year of polymer capacity in the country.

Earlier on Friday, the CEO at petrochemicals Russian company Baltic Chemical Plant said in an interview with ICIS the company was aiming to add 3m tonnes/year of PE by 2025. 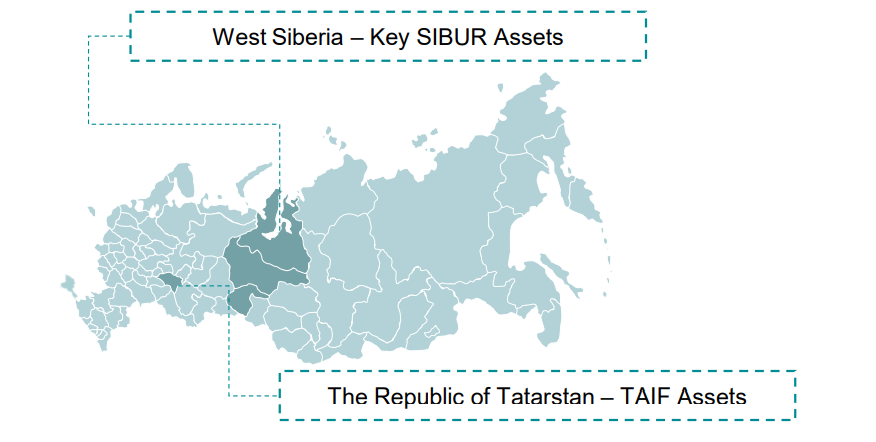