LONDON (ICIS)–Soaring natural gas prices have prompted shutdowns of fertilizer plants and have wide-ranging implications, not only for industry, but for farmers and global food supply.

Natural gas is a key feedstock for making nitrogen fertilizers such as ammonia, urea and nitrates.

Scroll down for expert insight and analysis on the impact of these unprecedented developments on fertilizer markets.

The map provides a geographical picture of the trade flows of fertilizer products between the major producing and importing countries in the world, as well as production and consumption data.

Unabated strength of urea and ammonia markets set to continue
by ICIS – chemical podcasts 17-Nov-21 LONDON (ICIS) –Across the global urea and ammonia markets, there is no end in sight for a downward price correction since market fundamentals look set to remain firmly in place moving into 2022. Stocks are low, demand is high and production costs are forcing unwelcome curtailments across the world.

Natural gas remains the key driver for the fertilizer sector, but there are plenty of other factors impacting urea and ammonia. Tune into our industry experts Julia Meehan, Deepika Thapliyal and Richard Ewing to get an up-to-the-minute overview of these key fast-moving global fertilizers. 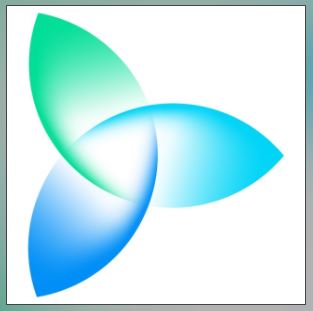 -How carbon trading has influenced gas to coal switching (00:32)
-The impact seen across mainland European countries (2:52)
-Why the UK has been an exception to the trend (4:25) 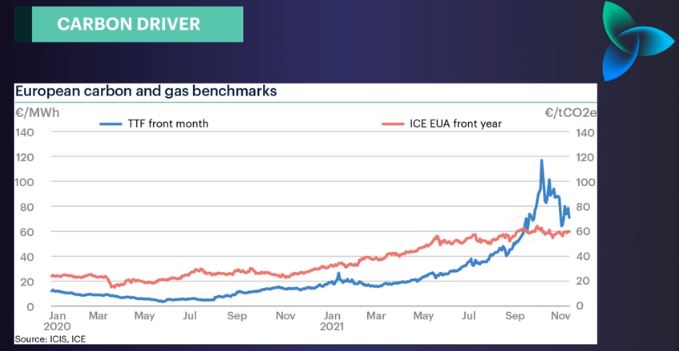 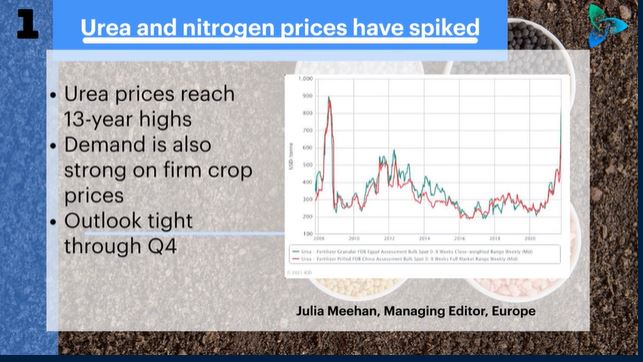 Romanian fertz producer Azomures halts operations on high natgas costs
By Richard Ewing 20-Dec-21 15:50 LONDON (ICIS)–Romania’s Azomures Targu Mures is scheduled to have completed the temporary shutdown of all its manufacturing units by Monday due to soaring feedstock costs.

By Ruth Liao 17-Dec-21 01:42 HOUSTON (ICIS)–US natural gas futures fell slightly on 16 December, as the outlook for warmer weather this winter has remained a bearish factor on Henry Hub prices.

By Richard Ewing 15-Dec-21 13:53 LONDON (ICIS)–Norwegian fertilizer major Yara on Wednesday revealed most of its European ammonia production is back on stream following a string of plant shutdowns and curtailments triggered by soaring natural gas prices.

By Deepika Thapliyal 10-Dec-21 LONDON (ICIS) — Incitec Pivot Limited today said it is fully committed to supplying domestic requirements of industrial grade urea, and is investigating ways to increase manufacturing capacity of AdBlue over the next few months. 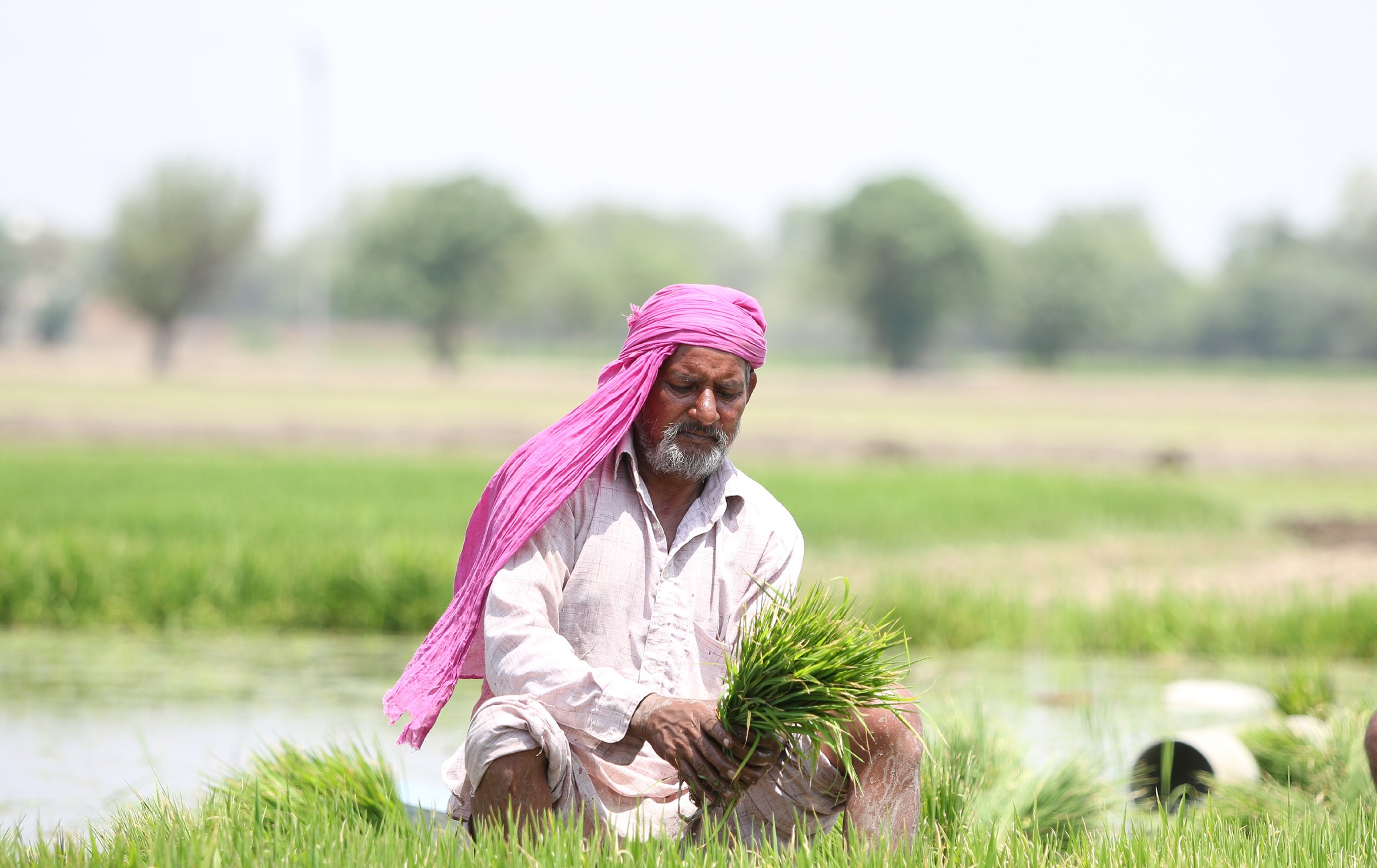 Eurozone inflation hits new high in November as energy costs remain at record levels
By Graeme Paterson 30-Nov-21 LONDON (ICIS)–Annual inflation in the eurozone accelerated to a fresh high in November, driven by surging energy prices which have significantly impacted the chemicals industry.

BLOG: OPEC faces difficult decisions on output as pandemic hits again
By ICIS Editorial 29-Nov-21 LONDON (ICIS)–Click here to see the latest blog post on Chemicals & The Economy by Paul Hodges, which looks at the resurgence of the pandemic after the Omicron variant was detected last week.

This had and is to have an impact in crude oil markets, with prices crashing last week, which will force producing cartel OPEC to face difficult decisions regarding its output. 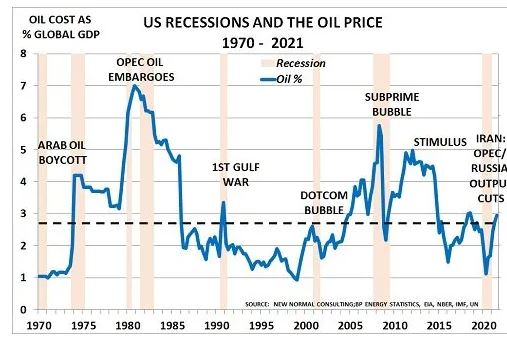 INSIGHT: Unsettling market conditions have potential to impact US fertilizer and agriculture industries
By Mark Milam 15-Nov-21 HOUSTON (ICIS)–Like a cotton grower watching dark skies accumulating just as their field of white bolls are prying open, bringing the threat of unavoidable loss, the domestic US fertilizer market is seeing unsettling conditions that have been steadily gathering on the horizon. 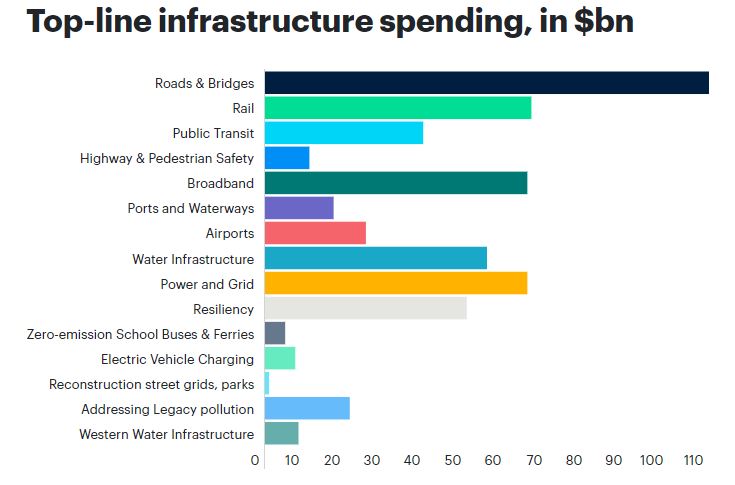 China boosts gas storage plans ahead of winter, eyes Beijing Olympics
By Yueyi Yang 16-Nov-21 SINGAPORE (ICIS)–China has increased operations at gas storage facilities to bolster supplies for the winter, the country’s state planner NDRC said on 16 November, ahead of what could be a challenging supply and demand seasonal balance.

However, limited physical refilling and pipeline capacity bookings have raised doubts about how significant and long-lasting the uptick could be.

At the moment there is a shortage of storage tanks in Rouen, France, because of the late arrival of cargoes. 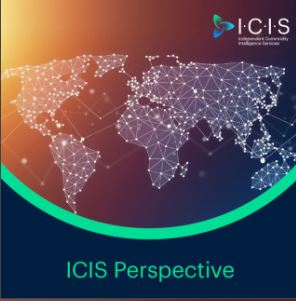 By Aura Sabadus 01-Nov-21 16:40 LONDON (ICIS)–Ukraine is pinning its hope on nuclear generation to meet winter demand as the country stopped receiving coal supply from Russia on Monday, according to the country’s energy committee. 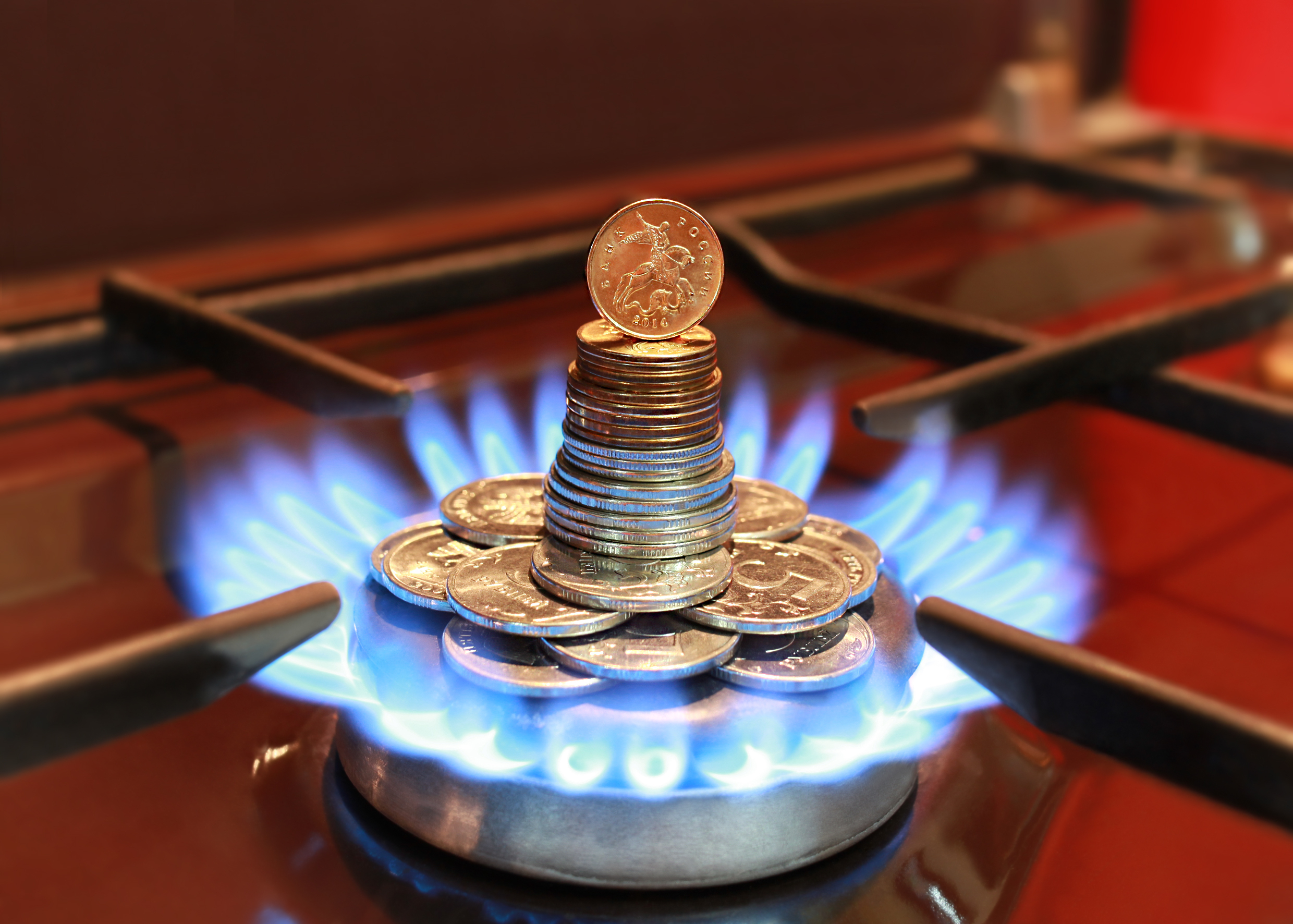