LONDON (ICIS)–The UK Government has decided to extend the current submission deadlines for UK Reach by three years for each stage of implementation, following overwhelming support from a public consultation.

The extension, subject to approval from the Scottish and Welsh governments, is intended to lessen the burden on small and medium enterprises (SMEs) without significant risk to human health or the environment.

Of the 280 responses received, 82% of those surveyed voted in favour of option one, with 13% opting for the staggered deadline.

Comparatively, 3% of those stated that keeping the existing deadlines was their preferred option, while 2% did not have a preference.

Those in favour of the three-year extension included larger companies as well as SMEs, representing manufacturers, downstream users, as well as importers and exporters of chemicals and mixtures.

The second option was considered to bring challenges to smaller firms, as smaller tonnage bands would still require a lot of resource to ensure registrations were completed, and shorter timeframes would not allow for best practice to be established or implemented.

This was demonstrated by respondents when asked if the reduced timelines were enough to allow for compliance with deadlines.

The majority of those who responded to the survey were from large businesses, followed by SMEs. 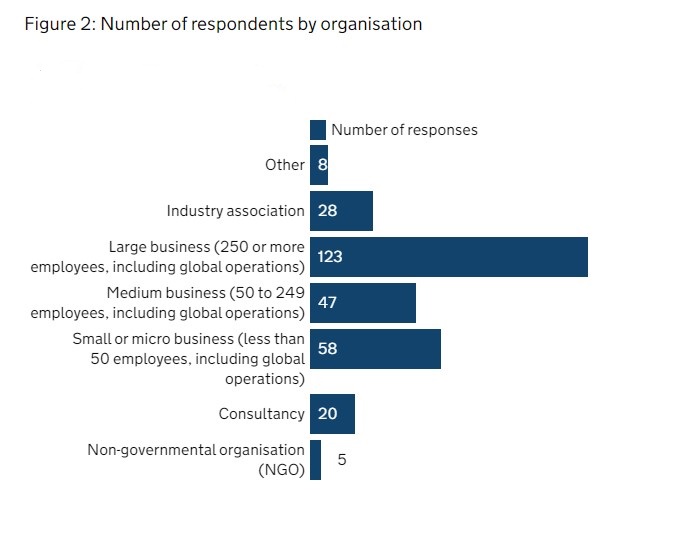 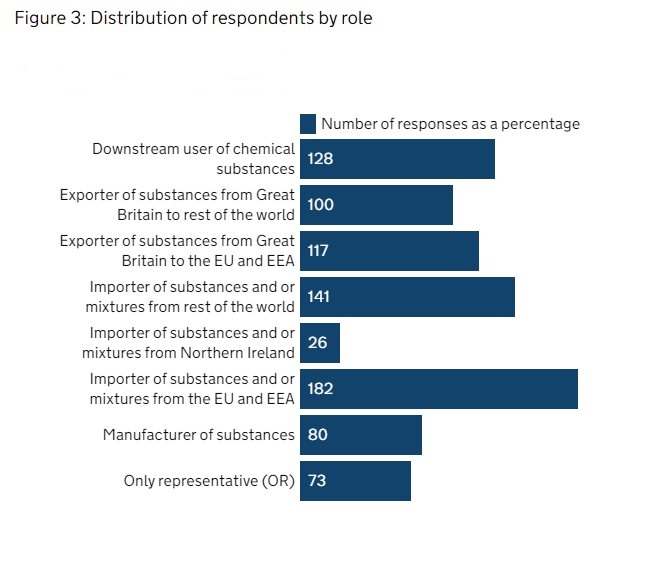 When asked for their preferred deadlines for compliance checks, responses varied between two years to seven years, with some suggestions for on-going checks, and others citing the European Chemicals Agency (ECHA) 10-year phased timelines.

Consensus from the survey largely agreed that the level of protection towards human health and the environment would remain high throughout the extended period and that there would be minimal risk or impact on the public sector presented through Option 1.

Some concern was raised about the government’s premise about grandfathering in substances, as the cost of doing this may be considered prohibitive by some importers, who would not think Great Britain a sizable enough market to justify the expense.

There was a lack of clarity from respondents about how substances with joint data ownership under EU Reach would be affected.

More than half were unsure what percentage of the price they would be charged by the EU consortium to generate a full dataset.

This uncertainty was echoed when companies did not own the data under EU Reach.

The consultation was held by the Department of environment, Food, and Rural Affairs (Defra) for eight weeks, closing on 1 September, and the response from this was published earlier in the week.

Following the UK’s departure from the EU, legislators have had to develop a regulatory framework to regulate chemicals produced in or imported into Great Britain. Northern Ireland will still be held under the existing EU Reach regulations.