Demand has picked up as three styrene plants have restarted over the past few weeks, although the surge in benzene costs could pressure some derivative plants to reduce operating rates in the coming weeks, as the month on month jump in spot pricing indicates that contract could rise by a large amount for July.

August spot business is heavily backwardated from July, indicating that the market expects some supply relief by the end of July.

Although benzene spot prices are trading above toluene prices for the first time since March, toluene conversion economics remain poor amid strong demand for toluene from the gasoline pool.

Benzene is used to produce a number of intermediates that are used to create polymers, solvents and detergents. 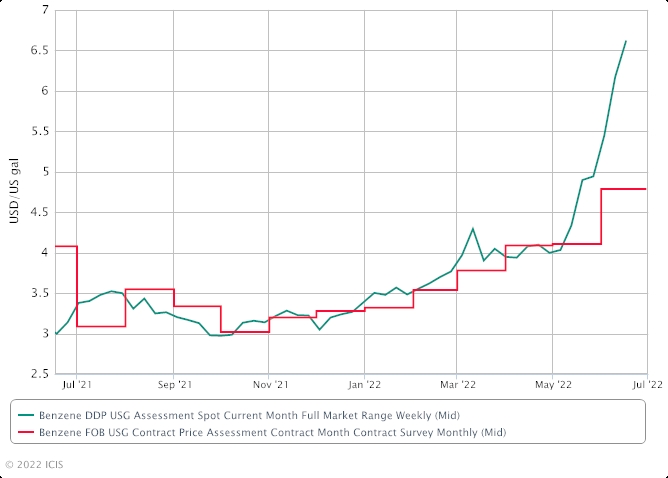