Home News CDI Economic Summary: US slowing and may be close to a turning point

CDI Economic Summary: US slowing and may be close to a turning point

CHARLOTTE, North Carolina (ICIS)–The US economy is clearly slowing and may be close to a turning point with inflation persisting at alarming levels and the Federal Reserve determined to put out the fire with aggressive interest rate hikes.

For now, the labour market remains strong, and the unemployment rate is slightly above pre-COVID-19 levels, with nearly two vacancies per unemployed worker.  However, hours worked are falling, and gains in temporary help employment appear to be slowing, a precursor to a slowdown in payrolls.

Starting with the production side of the economy, the May US ISM Manufacturing Purchasing Managers’ Index (PMI) registered a reading of 56.1, a larger-than-expected increase of 0.7 points.

Fifteen of 18 manufacturing industries expanded. The US manufacturing sector remains in a demand-driven but supply chain-constrained environment.

Progress is being made to resolve labour shortages at all tiers of the supply chain, which should result in improved factory throughput and supplier deliveries. The ISM Services PMI eased 1.2 points to 55.9, a level still indicating good expansion.

In North America, the Manufacturing PMI for Canada improved (to 56.8) while that for Mexico (at 50.6) moved into expansion.

Turning to the demand side of the economy, US light vehicle sales retreated in May as the industry is still plagued by semiconductor shortages and limited inventories, as well as lower consumer incomes, high prices, and rising interest rates now affecting affordability.

Amid building materials challenges, homebuilder confidence dropped for the sixth month in a row. Housing price growth is still red hot, but activity as measured by starts and permits has now turned. 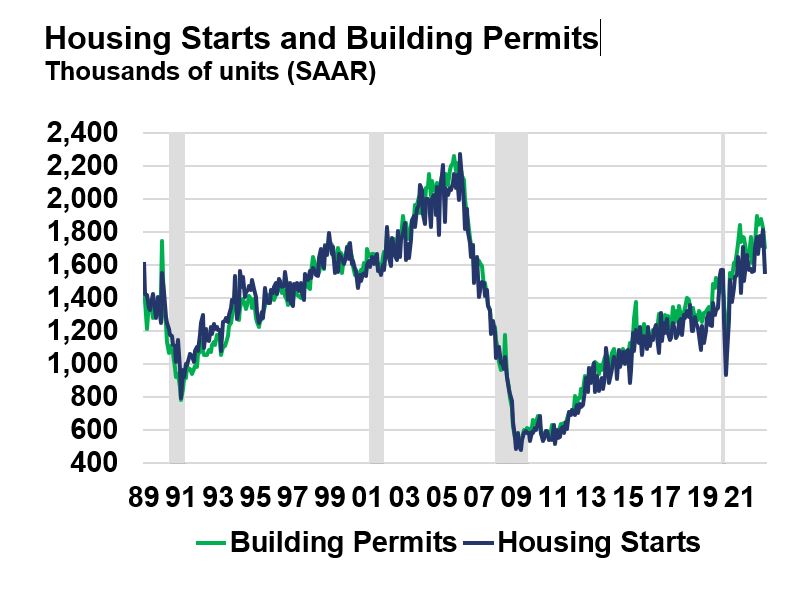 Economists project housing starts of 1.70m in 2022 and with rising mortgage interest rates and affordability issues, this is expected to ease to 1.56m in 2023 and 1.49m in 2024 despite favourable demographics.

May retail sales declined. Some of the weakness was known (e.g. motor vehicles), but furniture and home furnishing stores and electronics stores sales also fell.

The latter two segments serve as a good leading indicator of the broader business cycle as these “big ticket” items are sensitive to changes in underlying economic fundamentals.

Household willingness to draw down savings is tempering the squeeze on purchasing power. Consumer prices rose more than expected and are now up 8.6% year on year, a level not seen since 1981. Food prices gained 10.1% year on year.

The discussion on inflation has moved from transitory to persistent and now to protracted. Rising energy costs are spreading to other prices, and have yet to peak, putting pressure on the headline CPI rate. This is the defining economic issue as a wage-price spiral gathers momentum.

In light of protracted inflation and a strong commitment to fight inflation, the Fed had no choice but to undertake a more aggressive tightening with a 0.75 percentage point hike after the June meeting. More hikes were signalled.

The Fed began its “quantitative tightening” this month as they let up to $47.5bn in bonds on its balance sheet mature, without being reinvested.

Three-quarters of Fed tightening cycles end in recession. Inflation is weighing on consumers and companies, and forecasters are lowering their outlook for the US economy.

Our ICIS Leading Business Barometer (LBB) of the US business cycle has declined four consecutive months. The signal from the indicators is clear. While near-term recession risk is low, it becomes more elevated during the 12- to 24-month period.