Grabbing recent attention has been the spike in electricity prices in France, driven higher as nuclear power electricity generation has had to be run down on possible corrosion problems at the country’s nuclear reactors and as the temperature of extracted cooling water has risen. 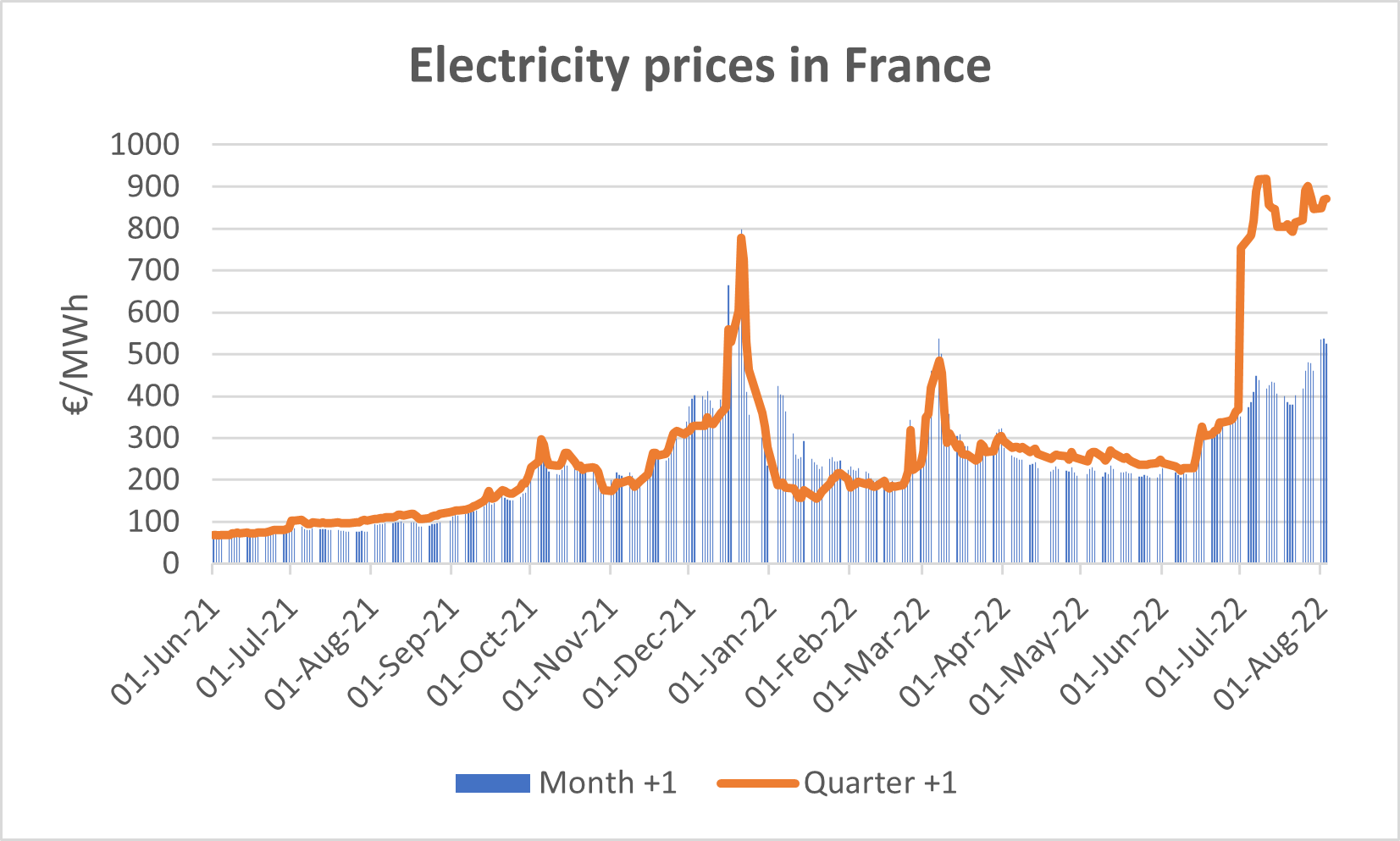 Freight rates along the river have reportedly risen dramatically. Less cargo can be loaded on river transport. Coal is moving along the river in Germany to electricity generating power stations where it is supplementing for natural gas, the supply of which from Russia is drastically constrained and may be cut entirely.

Not surprisingly, power costs have risen on these further levels of uncertainty. 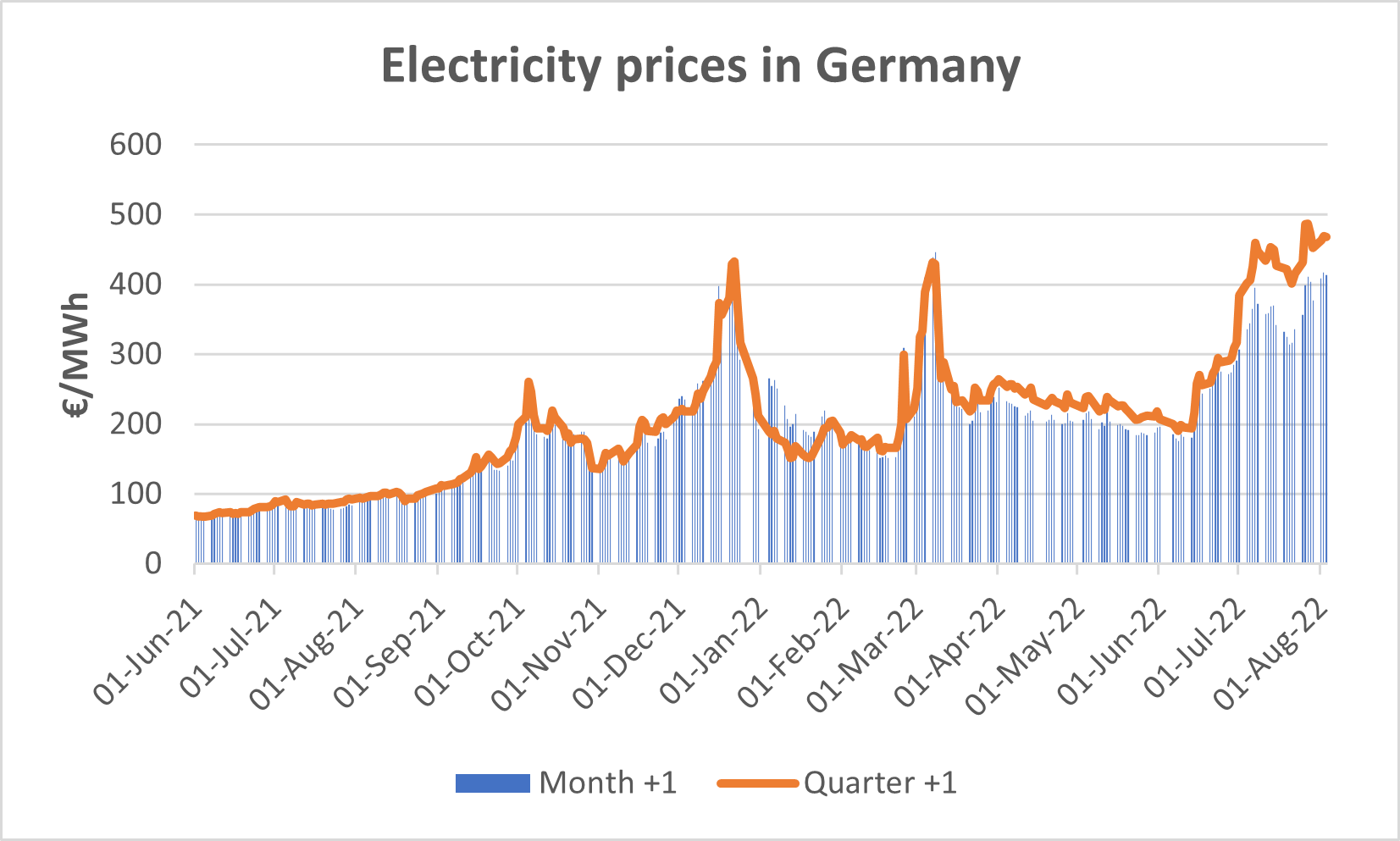 Higher costs and reduced logistics capability are putting a further brake on growth in the EU.

In 2018, when Rhine levels were lower and shipping on the waterway was brought to a standstill, the negative economic impact was estimated at 0.2 percentage points of GDP, Deutsche Bank noted in a research blog.

In 2020, 4.1% of goods transported in Germany were carried on inland navigation, it added.

Currently, the impact is heightened due to the reduction in natural gas imports from Russia and the fact that Germany is importing coal by barge along the Rhine from Amsterdam, Rotterdam, Antwerp (ARA).

Chemical companies most affected in 2018 have taken steps to avoid the worst. They have commissioned new barges that are able to cope with low water levels; they have developed more efficient rail tank car (RTC) loading and unloading capabilities.

But the power impact piles consequence upon consequence. Power plants in Germany have about one week of coal reserves for full-load operation, according to company reports, Deutsche Bank noted.

At the same time, the level and water temperature in Europe’s key transport arteries is being watched carefully given their importance to efficient plant operation.

The quantities of water that can be withdrawn for cooling are closely controlled as are the temperature limits on water pumped back into waterways.

“Low water levels [on the Rhine] usually occur at the end of summer or beginning of autumn,” the Deutsche Bank blog post suggested. “This year problems are mounting already in July.”

A supposedly quiet August, when most of Europe traditionally is on holiday, is this year the middle of a tough summer for the chemical industry.

Power costs already are at dramatically high levels, impacting margins and demand. In Germany, producers are mulling the consequences of a government levy on gas users from 1 October which, chemicals trade group VCI says, will potentially lead to significant additional costs.

Gas and electricity costs are the primary cause of concern at the moment while future gas availability is a potential flash point. 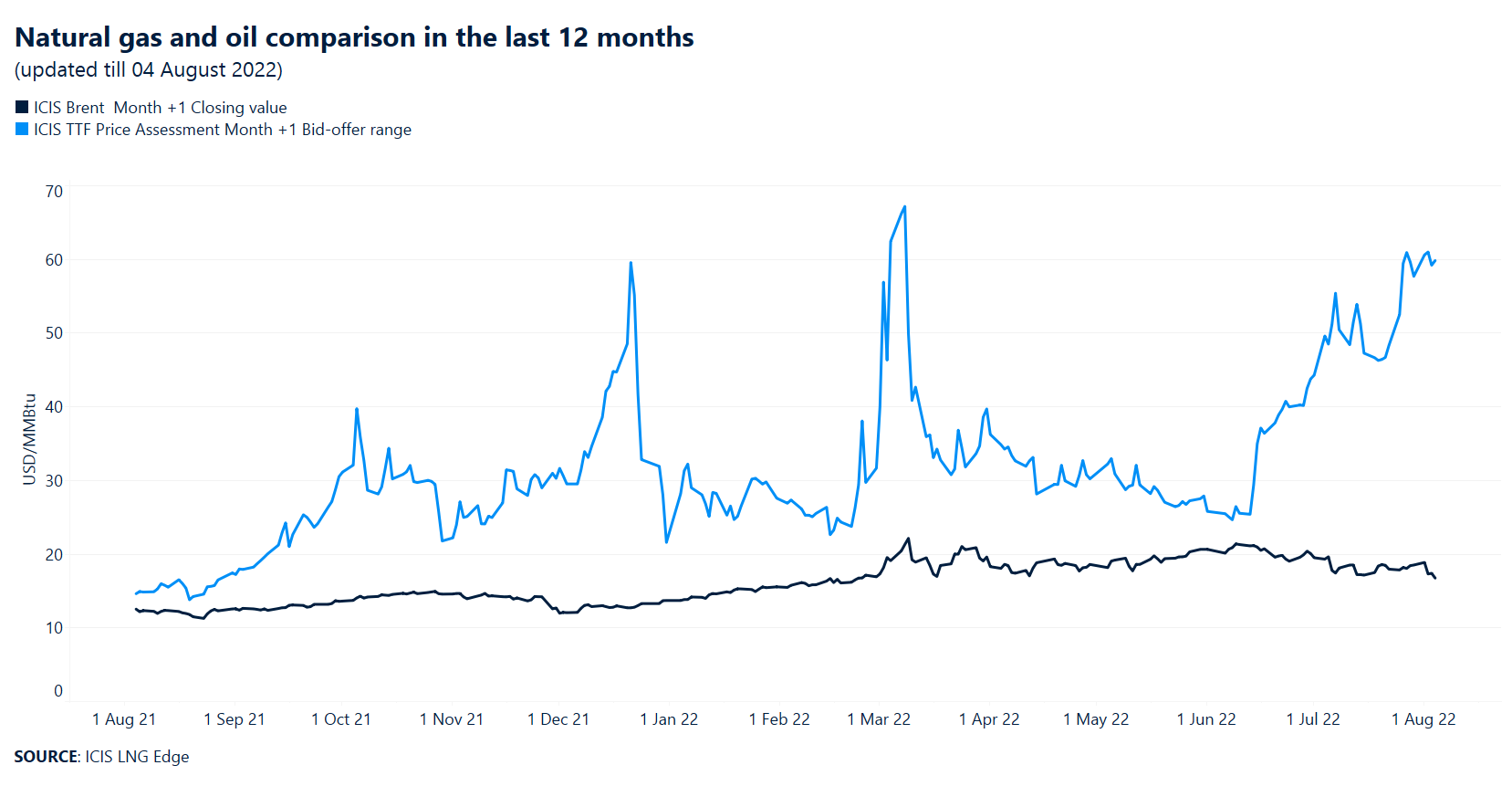 Trade group France Chimie told ICIS this week that the sector had been impacted by high energy prices but not by any gas supply shortage.

There have been some production shutdowns this year based on gas cost, however, and a knock-on impact on electro-intensive industries.

Electricity costs in France have been hit by concerns about the operability of the country’s fleet of nuclear reactors.

A jump in forward quarterly electricity prices in July, for instance, reflected the move to Q4 and fears of stress corrosion on the reactors, prompted by an ongoing inspection, and potential lack of availability.

Nervousness levels were raised this week on apparent concerns about the temperature of available cooling water in the summer heat.

In Germany, the strain on Rhine river transport has begun to show. The water level at Kaub in Germany, one of the shallowest points on the river, have fallen to 55cm, and are forecast to drop below 50cm by 7 August.

However, water levels currently are well about those in 2018.

Producers are impacted in different ways, depending on where they are located and how they use river transport.

Specialties producer Evonik said it is using additional rented ships and trucks to meet its transport requirements and that presently there were no significant restrictions to its logistics chain. The company’s plants are running.

LANXESS said on Thursday that the Rhine river water level at Leverkusen was 102cm so its was not impacted.

In 2018, it maintained operational use of the river at a depth of 67cm.

Further upstream at Ludwigshafen, Europe’s largest industrial site, BASF said it had implemented a number of resilience measures between 2018 and 2021 to help the site cope with low water levels and those forecast for the coming weeks.

These include new gas tankers for use on the river and ‘recooling’ plants that allow less water to be taken from the river.

Currently, production is not affected by low water levels but the company cannot rule out reduction in production rates at individual plants over the next few weeks, it added.