“Sectors related to hospitality (restaurants, bars and hotels) have particularly been outperforming in the second quarter, adding to the small positive growth figure,” according to Bert Colijn, senior eurozone economist at global bank ING.

“The tourism rebound contributed to strong growth seen in Italy and Spain, with quarter-on-quarter growth of 1% and 1.1% respectively.” 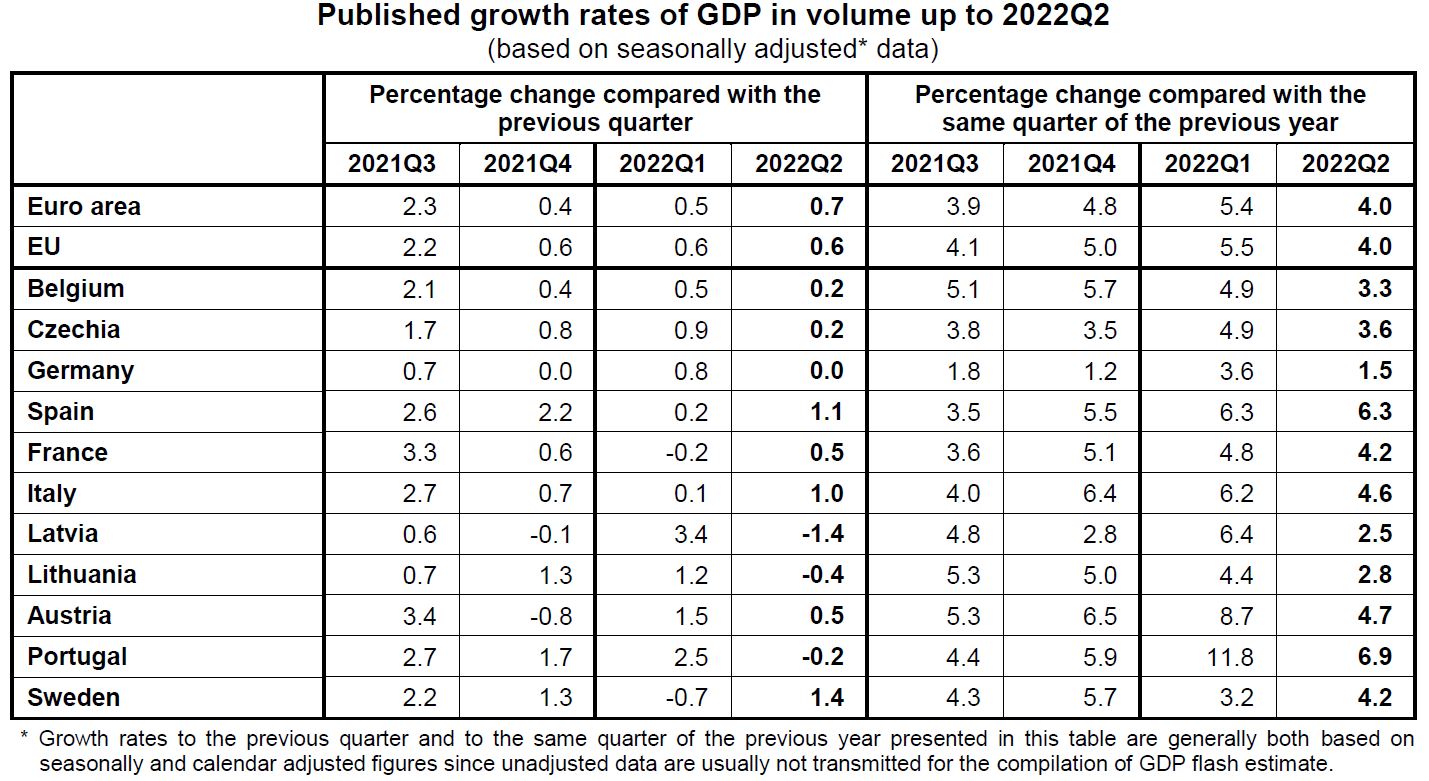 ING warned of a downward trend as the services sector rebound eased off and high inflation continued to squeeze spending power.

“From here on, we expect GDP to continue a downward trend as the services reopening rebound moderates, global demand softens and purchasing power squeezes persist. We expect that to result in a mild recession starting in the second half of the year,” Colijn said.

July annual inflation in the eurozone hit a fresh record-high of 8.9%, according to Eurostat in a separate data release on Friday.

The rise from 8.6% in June was driven mainly by continuing high energy prices, followed by food, alcohol & tobacco, non-energy industrial goods and services.

“With inflation not showing any signs of cooling off in the short term and with the economic outlook not yet derailing, we expect another 50bps [basis points] increase in September from the ECB [European Central Bank],” said economic advisory firm Oxford Economics.