INSIGHT: Recycling as a solution to marine plastics pollution

SINGAPORE (ICIS)–Plastics pollution of the marine environment is a global challenge that the world is trying to tackle today.

According to a recent study, the top contributors of marine debris are from the southeast Asia region. Six out of ten ASEAN member states alone generate more than 31m tonnes of plastic waste in a year. While many of them are engaged in efforts to combat plastic waste, these efforts tend to be policy-centric with ambiguous goals that are open to interpretation and often difficult to meet without proper directions.

To compound the problem, the sudden increase in volume of single use plastics and personal protective equipment (PPE) during the COVID-19 pandemic is putting additional stress on these countries as they tackle marine pollution.

According to the study by International Union for Conservation of Nature (IUCN), the main sources of plastic debris in the ocean are land-based, coming from urban and stormwater runoff, sewer overflows, littering, inadequate waste disposal and management. The study also goes on to mention that many countries lack the infrastructure to prevent plastic pollution, including recycling capacities. 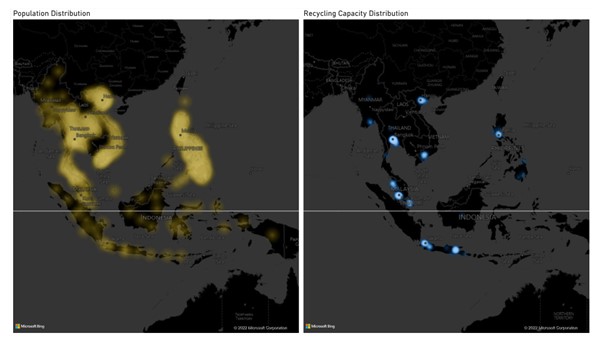 There are national and regional plans that combat marine litter directly or indirectly, but none of them are actively proposing recycling as a solution to the problem.

Southeast Asia will remain as the top contributor of marine plastic debris without the development of recycling capacities beyond the status quo.

Implementing regulatory frameworks and policies, improving existing waste management infrastructure and educating the general public about the value of post-consumer waste with recycling as the end goal will amplify the effects of these efforts.

The persistence of Fast-Moving Consumer Goods (FMCG) companies in trying to meet their global recycling targets further validates the need for strategic development of the recycling industry.

The many national and international developments focused on regulatory frameworks to shift markets up the waste hierarchy towards recycle/reuse and beyond are essential but just one part of the solution.

The role of the recycling industry is paramount to this move. But incentivising further investment in capacities and supporting infrastructural enhancements in collection to deliver the waste as feedstocks to those plants are essential and fall to the responsibility of the entire supply chain as well as governments.