HOUSTON (ICIS)–Rates for shipping containers from east Asia and China to both US coasts continued to plummet this week as softening demand amid persistent inflation, fears of a recession and an extremely early peak season have opened up capacity, which is weighing on rates.

Rates to the Pacific Coast fell by 17% and are now 80% lower than at the same time a year ago, while rates to the Atlantic Coast plunged by 14% and are 61% lower than last year, according to data from online freight shipping marketplace and platform provider Freightos. 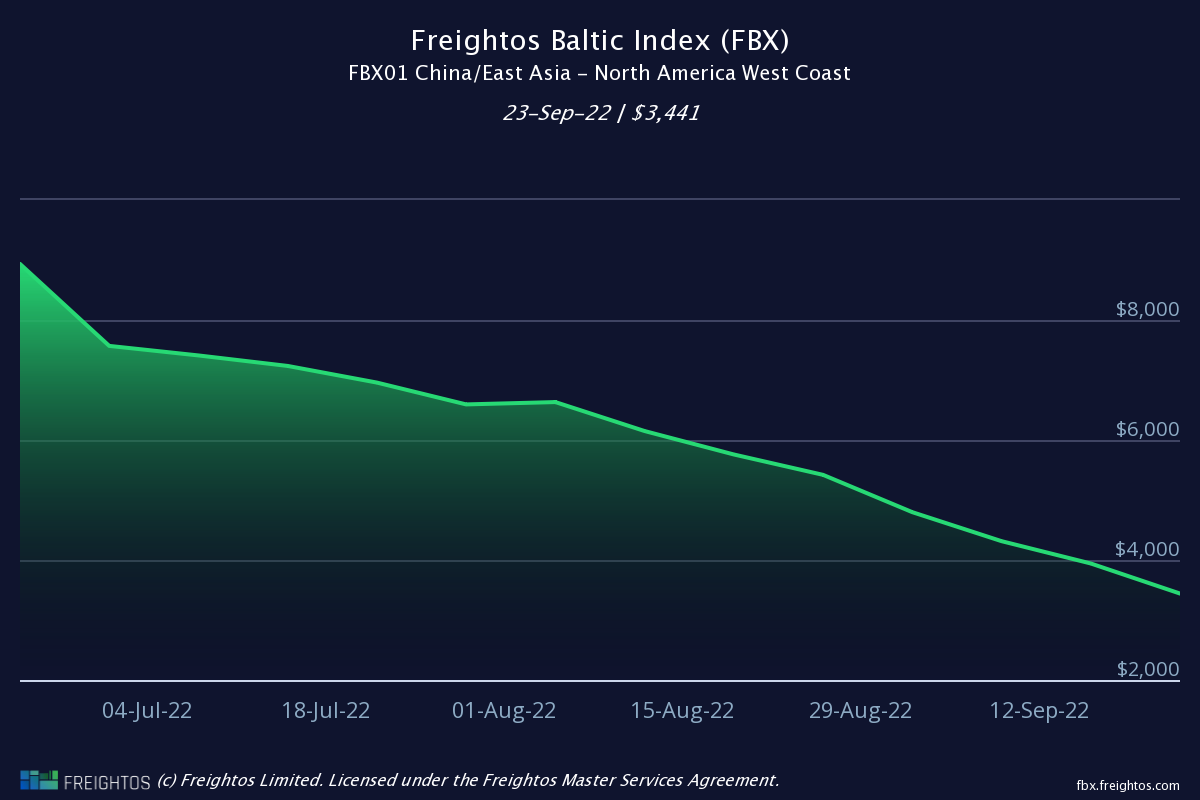 China’s Golden Week, a week-long National Day celebration that begins on 1 October, will pause a majority of the country’s manufacturing, further weighing on rates as there will be less product available for export.

The lead up to Golden Week typically sees a boost in rates, but Judah Levine, head of research at Freightos, said the holiday is unlikely to offer any support to rates this year because of the other dynamics in play. 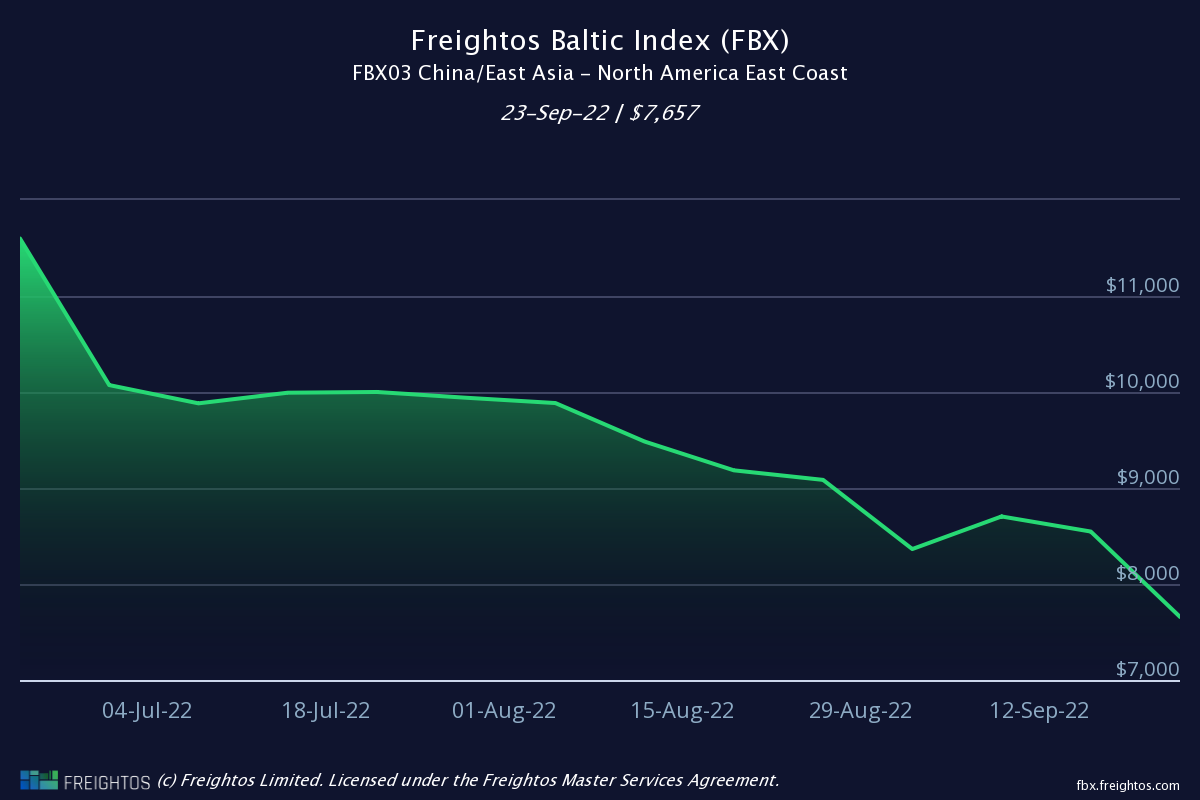 Levine said carriers have again starting to cancel sailings to try and keep vessels full in an attempt to stop the slide, but to little-to-no avail.

A NEW FLOOR
Levine said with the typical ocean peak season now clearly over, he expects the market to search for a new floor, with shipowners hoping to support values with capacity management.

Lingering port congestion and volumes – which, while slowing, are still likely to remain above 2019 levels – will also provide support.

“Falling spot rates could put pressure on some smaller carriers who are now stuck with expensive charter rates taken on to offer new transpacific services back when spot rates were sky high,” Levine said.

Levine said ongoing labour negotiations between the ports and dock workers have stalled, raising concern that a work stoppage would lead to further congestion at Pacific Coast ports.

CONGESTION
Congestion at West Coast ports continues to ease, largely from the softening demand but also because shippers chose to send volumes to East Coast ports to avoid the widely publicised backups at the twin ports of Los Angeles (LA) and Long Beach (LB).

Backups at LA/LB hit a new record low on Thursday, according to the Marine Exchange of Southern California (MESC) when there were only six container ships in the queue.

The record high was on 9 January when there are 109 container ships waiting to offload.

German container shipping major Hapag-Lloyd said in an operational update that the backlogs on the East Coast persist.

The Port of Savannah continues to have the largest backlog of container ships waiting to unload, with 42 ships at anchor, which is one fewer than the previous week.

The backlog at Port Houston was 18 ships, which is down by three from the previous week.

At the Port of New York/New Jersey, there were 19 container vessels at anchor at the start of the week, up from 15 vessels the previous week, with waiting times for berths running upwards of 32 days.

The number fell to 12 vessels by 16 September.