The improvement was partly due to “a modest drop in interest rates”, the National Association of Home Builders (NAHB) said on Wednesday.

Builder confidence, as measured by the NAHB/Wells Fargo housing market index (HMI), rose by four points from December to 35 in January. 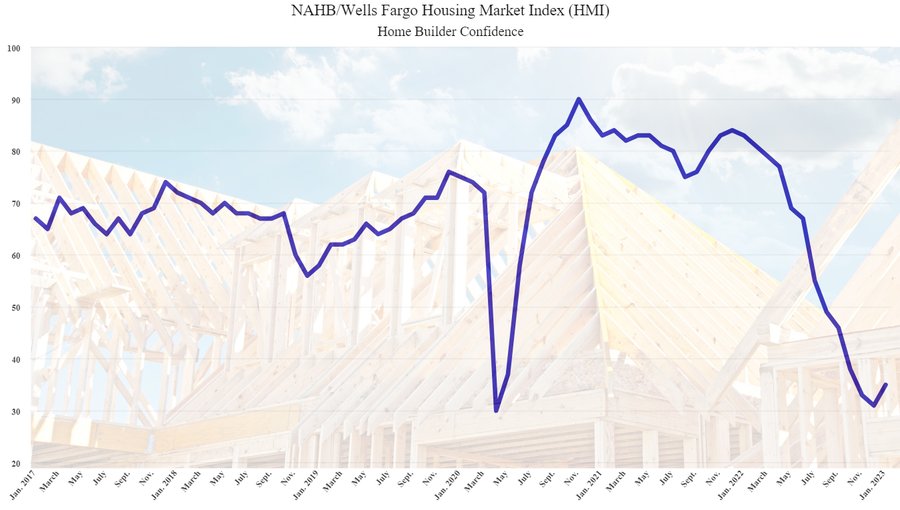 The rise in builder sentiment implies that cycle lows for housing permits and housing starts are likely near, and that a rebound for home building could be underway later in 2023, NAHB said.

All three HMI indices posted gains for the first time since December 2021.

The HMI index gauging current sales conditions in January rose four points to 40, the component charting sales expectations in the next six months increased two points to 37 and the gauge measuring traffic of prospective buyers increased three points to 23.

BY REGION
The three-month moving average for regional HMI scores registered a one-point gain to 27 in the West.

Meanwhile, the South held steady at 36, the Northeast fell four points to 33 and the Midwest dropped two points to 32.

HOUSING AND CHEMICALS
The housing market is a key consumer of chemicals, driving demand for a wide variety of chemicals, resins and derivative products, such as plastic pipe, insulation, paints and coatings, adhesives and synthetic fibres, among many others.

The white pigment titanium dioxide (TiO2) is used in paints.

Blends of aliphatic and aromatic solvents are also used to make paints and coatings.

For polymers, expandable polystyrene (EPS) and polyurethane (PU) foam are used in insulation.

Each new home built represents thousands of dollars’ worth of chemicals and derivatives used in the structure, or in the production of component materials.

Thumbnail shows the type of hard hat that is typically worn by homebuilders. Image by Shutterstock.