US LNG production is increasing quickly as the country moves to become the world’s third-largest producer.

In an oversupplied global market, Europe is a key LNG buyer, which means that the role of the Dutch TTF hub in European and Atlantic basin gas and LNG price formation continues to grow in importance. But US LNG trade flows depend to a great extent on global price spreads.

With Europe likely to receive a growing portion of LNG, the need to understand what drives TTF benchmark pricing is becoming more important than ever.

During this webinar, which aired live on Wednesday 25 September 2019, ICIS LNG market experts Ruth Liao and Patrick Sykes analyse TTF pricing in a global context, alongside the US Henry Hub, US Gulf FOB and Asian spot LNG markets. Watch the recording below to find out the outlook for US LNG trade flows going into the winter. 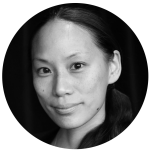 Ruth Liao joined ICIS in 2010. Ruth is Americas editor for LNG at ICIS and has covered the development of the US LNG market since 2012. Ruth writes about demand development in the Americas, the ramp-up of US LNG supply and export project development. Her team also includes the Mexico Energy Report. Ruth’s coverage on short-term commodity pricing and long-term projects can be found in LNG Markets Daily, Global LNG Markets and on the market intelligence and analytics platform LNG Edge.

Ruth has spoken at conferences on LNG in Houston, Washington DC and Shanghai. Previously, Ruth was a journalist at a daily newspaper in Oregon. 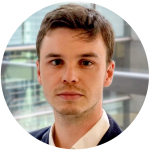 Patrick Sykes is a senior LNG market reporter at ICIS, based in London and focused on the European LNG market, eastern Mediterranean and the Middle East. Before joining the LNG team in 2018, he covered European gas markets including the Dutch TTF and French PEG, as well as crude oil.

Our independent market intelligence, real-time analysis and pricing data helps you keep up-to-date with developments in the global LNG markets.

Are you interested in learning more about global LNG markets and pricing?

Join us in Houston as our LNG and gas experts bring you up to speed with the evolution of the global LNG market, pricing trends, the outlook for supply and demand, and shipping dynamics.

Designed to strengthen your knowledge of the global LNG marketplace, we provide thought leadership on the big issues and in-depth analysis of pricing and trade flows.

Register now to secure your place

Get the benchmark report for the European gas market