Shipping container rates from China to US on rise again

HOUSTON (ICIS)–Rates for shipping containers from east Asia and China to both US coasts are on the rise again as US consumers’ demand for goods shows no signs of easing. 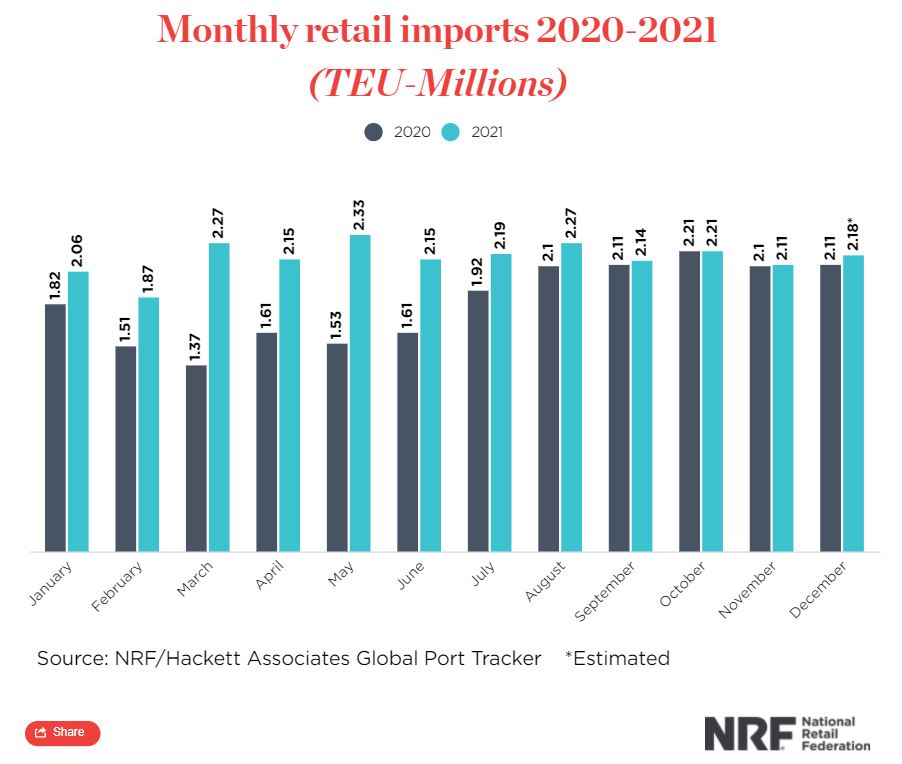 The trade group National Retail Federation (NRF) said last week in its monthly Global Port Tracker, produced jointly with Hackett Associates, that volumes at the nation’s ports will remain high before returning to normal growth rates later in the year.

“Even with the holiday season behind us, supply chain challenges continue,” said Jonathan Gold, NRF vice president for supply chain and customs policy. “The huge increases in imports we’ve seen have leveled out, but volume is still at high levels.”

Gold also noted that the emergence and rapid spread of the Omicron variant “is a wild card that could not only impact the supply chain workforce but once again drive more imports if consumers stay home and spend their money on retail goods rather than going out.”

But as has often been the case during this pandemic, positive news concerning the virus in one region is being countered by the emergence of new cases in another.

Levine said new measures are in place in the ports of Shenzhen and Tianjin following new detections of the virus there, though logistics operations have not yet been significantly impacted.

Levine also pointed out that the congestion at US ports has not significantly improved. 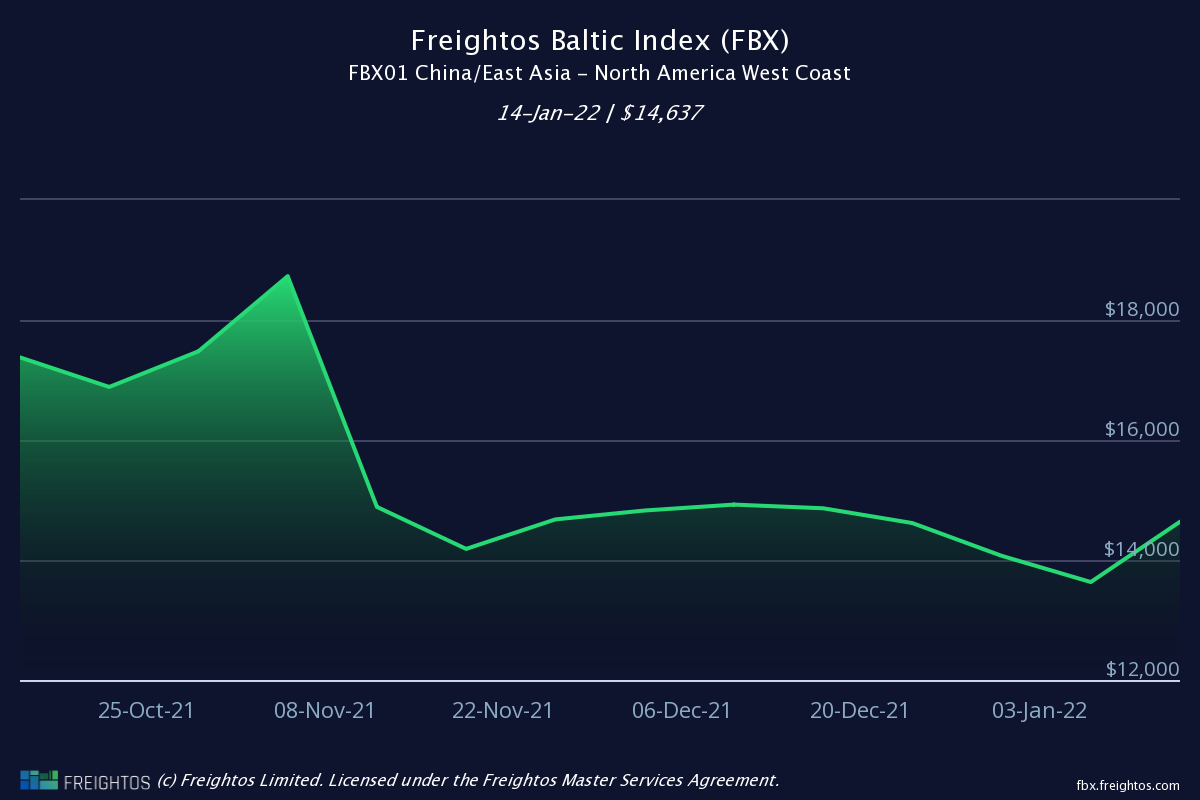 The Marine Exchange of Southern California (MESC) said that as of Thursday, there were 101 container ships backed up at the ports of Los Angeles and Long Beach.

Of the 101, seven were at anchor or loitering within 40 miles of the ports, and 94 were slow-speed streaming or loitering outside the Safety and Air Quality Area (SAQA).

The count was at 105 container ships on 6 January, which was up from before the Christmas holiday when there were 91 total container ships backed up, including 24 at anchor or loitering inside 40 miles, plus 67 in the queue.

The record before the new queuing system was implemented is 116 container ships on 16 November.

For context, there were 86 container ships in port on 13 October ahead of the peak-season arrivals, which was also before the new queuing system was initiated.

Thumbnail image shows a container ship at an industrial port. Photo by Shutterstock.