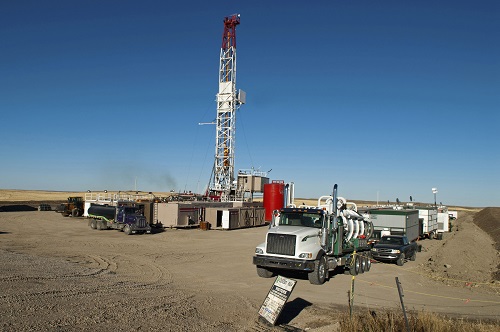 Opponents say the provincial Prime Minister Philippe Couillard waited until parliamentary recess to reverse course and approve drilling permits to Hydrocarbures Anticosti. Pictured above is a hydraulic fracturing operation in Alberta on the edge of the Bakken Play. (Eye Ubiquitous/REX/Shutterstock)

TORONTO (ICIS)–The government of Canada’s Quebec province has authorised the use of hydraulic fracturing (fracking) for oil and gas drilling on Ile d’Anticosti in the Saint Lawrence Gulf region, officials confirmed on Thursday.

Under the autorisation, Hydrocarbures Anticosti was issued certificates to drill and fracture three horizontal wells to evaluate Anticosti’s oil and gas potential.

Hydrocarbures Anticosti, a partnership that includes oil firms Petrolia and Corridor Resources, aims to demonstrate the commercial viability of oil and gas resources on the island, and to produce them. It is planning a Canadian dollar (C$) $100m ($77 m) exploration programme, according to its website.

In early 2014, a previous Quebec government led by the Parti Quebecois (PQ) announced it would invest in oil and gas exploration projects on Anticosti, working with four oil firms, including Petrolia and Corridor Resources. 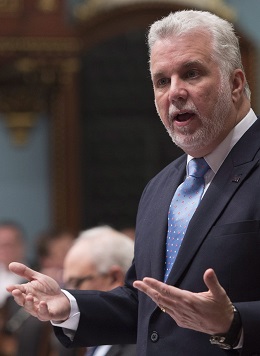 However, shortly afterward, the PQ was ousted from power. The new Liberal government under prime minister (governor) Philippe Couillard initially seemed to rule out fracking, but since then sent conflicting messages about its stance on fracking and on the Anticosti project.

Opposition party Quebec solidaire on Thursday criticised Couillard for issuing the fracking permits just after Quebec’s parliament, the National Assembly, wrapped up for the summer.

“I am not surprised that Philippe Couillard has waited until the end of the parliamentary session to announce the issuance of the certificate,” said Manon Masse, a parliamentarian for Quebec solidaire.

“Knowing that the decision will hurt Quebec and flouts his previous commitments, the prime minister did not have the courage to announce it before the National Assembly,” Masse added.

Earlier this month, the government of neighbouring New Brunswick province decided to extend its fracking moratorium for an indefinite period.

In related news, Montreal-based National Bank said in a recent analysis that the US is now supplying more than half of Quebec’s oil needs.

In the wake of the US shale boom, the US replaced OPEC and North Sea producers as the province’s largest oil supplier. US firms had exemptions for those exports even before the 40-year-old ban on US oil exports was lifted at the end of 2015.

Quebec has two refineries, in Montreal and Quebec City, with a combined capacity of more than 400,000 bbl/day.

INSET IMAGE: A capped off oil well on the edge of the Bakken Play in Alberta province. (Eye Ubiquitous/REX/Shutterstock)