OUTLOOK ’17: US ethylene faces tight supply ahead of cracker start-ups 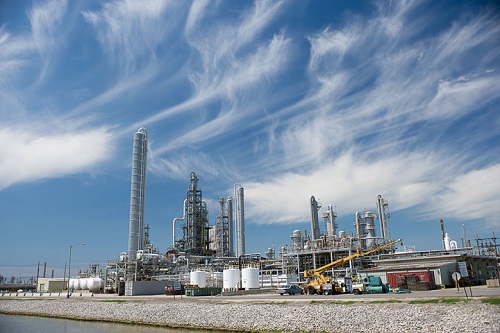 Four new crackers and the restart of an idled unit will expand US ethylene capacity by more than 5.4m tonnes/year. Before that, supply could be snug to constrained for much of 2017. Above, ethylene operations in Louisiana. (Source: Dow Chemicals)

HOUSTON (ICIS)–Several new crackers are scheduled to begin operations in 2017, but tight supply could push up US ethylene prices before new capacity comes online.

The start-up of four new crackers, as well as the restart of an idled unit, will expand existing US ethylene capacity by more than 5.4m tonnes/year.

However, sources cautioned that things do not always go according to plan, pointing out that the current start-up dates for some of these crackers are already much later than the estimated timeframes when the projects were originally announced.

There could be further delays in the construction or start-up of these plants, as well as potential issues that could extend commissioning before the crackers are operating consistently.

Some participants do not expect the US ethylene market to significantly benefit from increased capacity until around the fourth quarter.

This is prompting sentiment that supply could be snug-to-constrained for much of 2017, especially since demand is expected to remain strong.

For now, spot prices for front-month December ethylene remains in the mid-20s cents/lb, but participants are already expecting firmer prices at the start of 2017, as spot volumes for December vs the first part of next year are trading at about 1 cent/lb in contango.

Although players tend to keep lean stocks toward the end of the year for tax purposes, there is some inventory building as the market prepares for the upcoming turnaround season, with several crackers scheduled to shut down for maintenance in the first quarter.

If some of these cracker turnarounds last longer than expected or if there are any major unplanned outages, tightened supply could cause ethylene prices to climb.

Meanwhile, demand is expected to remain strong – both for domestic consumption as well as derivative export – which will likely keep cracker operating rates high.

Still, costs are expected to increase, particularly for feedstocks, which can put further upward pressure on ethylene prices.

While ethane costs are expected to rise on higher demand and recent export capabilities, US ethylene producers are likely to retain a feedstock cost advantage over other regions.

If crude oil prices remain low, the cracking of heavier feedstocks, such as propane and butane, could continue to be attractive, as cracker co-product credits can provide benefits by reducing the cost of ethylene production. 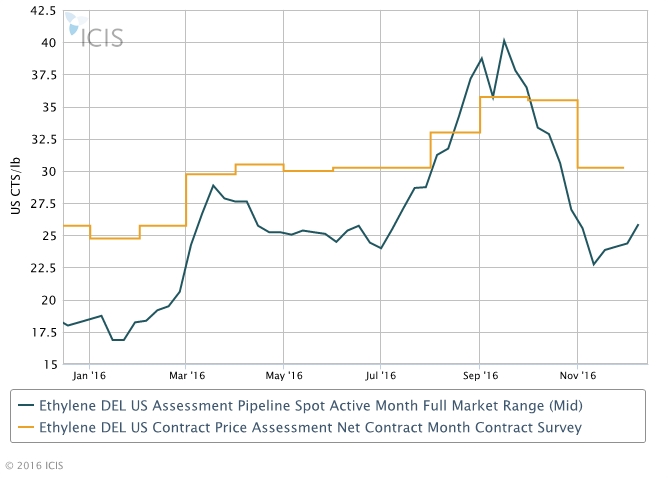