HOUSTON (ICIS)–The results of the US presidential election were undoubtedly the largest factor influencing the outlook on America’s economy going into 2017.

However, the uncertainty following the election leans more towards optimism, according to the year-end economic forecast from the Institute for Supply Management (ISM).

Compared with the outlook reported in December 2015, the ISM said 47% of survey respondents were more optimistic about 2017 than of 2016. Of the remaining, 41% believe 2017 will be the same as the previous year, and 12% believe it will be worse.

Real GDP is expected to increase 1.6% at the end of 2016, before increasing to 2.2% in the first half of 2017, according to the National Association for Business Economics (NABE). The group said in its year-end outlook that forecasts for broad economic growth through 2017 remained positive.

The US dollar continued to appreciate in 2016, hitting a 13-year high in November after the US Federal Reserve’s chair, Janet Yellen, hinted at raising interest rates before the end of the year.

Yellen said the Fed wanted more evidence of progress towards the Federal Open Market Committee’s (FOMC) objectives, such as an increase in inflation. The Fed met again on 13-14 December, the last meeting of 2016, and voted to increase rates by 0.25%. The move mirrored their rate hike in December 2015, also 0.25%, the first increase since 2006.

“Economic growth has picked up since the middle of the year,” Yellen said. “We expect the economy will continue to perform well.”

US inflation should trail upwards in 2017 following that economic growth. The value of the US dollar should follow suit, which could impact the ability for US commodities to sell, especially overseas.

However, nearly 65% of the manufacturers polled by the ISM felt a strong dollar did not have a negative impact on their business, nor did cheap oil prices. This was likely in part thanks to shale gas creating an alternative outlet for chemicals and other products.

The optimistic outlook was not constant through the year. Economic uncertainty increased worldwide following the loss of government leaders around the globe, most of whom faced strong anti-establishment sentiment.

Following the June Brexit vote, UK Prime Minister David Cameron resigned in July, allowing his party to appoint Theresa May as successor. May undertook a deep reshuffle in the cabinet to face the Brexit challenge and promised to rebalance the UK’s economy, which gyrated after the UK voted to leave the EU.

The August impeachment of Brazil President Dilma Rousseff followed, after a months-long struggle over accusations that she manipulated the country’s federal budget. Brazil’s judiciary branch and senate are in the midst of legislative disarray trying to parse the effects of the impeachment. 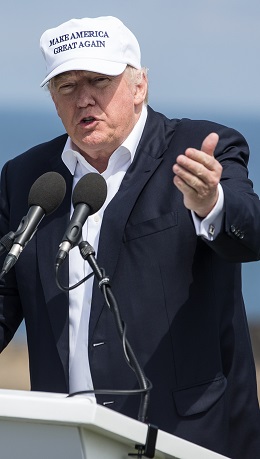 Donald Trump, the then-US presidential candidate, represented similar political angst in America, taking the Republican party nomination in July and winning the presidential election in a surprise upset in November.

Back in Europe, Italy Prime Minister Matteo Renzi formally resigned on 7 December. Renzi vowed to step down after the country’s voters rejected his referendum proposals by 59.1%. However, President Sergio Mattarella convinced him to hold off until the country’s 2017 budget was passed. Mattarella picked former Italian foreign minister Paolo Gentiloni to head an interim technical government.

Within days of Italy’s situation, South Korean lawmakers overwhelmingly voted to impeach their president, Park Geun-hye, over a corruption scandal involving collusion with a former aide. Crowds of protesters had gathered in South Korean cities for weeks prior, calling for the impeachment.

In the US, the largest piece of uncertainty over Trump lies in regards to his stance on trade agreements. Trump has repeatedly vowed to back the US out of the Trans-Pacific Partnership agreement, among other trade deals.

Whether trade liberalisation with Japan and/or Europe would help their businesses, approximately 70.6% of the ISM’s non-manufacturing panel said “no”.

In regards to two years of low oil prices, OPEC agreed in November to cut oil production by 1.2m bbl/day in an attempt to reduce global output by 1% and raise the global price of crude over the $50 mark. Brent and WTI increased by 8% each once the announcement was made, but questions remain whether a permanent price increase will occur in 2017, given shale oil production in the southern US could easily counter OPEC’s decision.

US sales of new single-family houses was up 17.8% in October year on year, according to the National Association of Realtors (NAR).

According to the American Chemistry Council (ACC), gains are expected in 2017, with housing starts expected to approach the long-term underlying demand of 1.5m units/year due to population increases and replacement of older properties.

In addition to homes, automobiles demonstrated a lukewarm performance in 2016. According to US-based auto research firm AutoData, total US sales of new light vehicles year-to-date through November inched up only 0.1% compared with November 2015. Total auto sales in November were less than 1.4m.

INSET IMAGE: Photo illustration of the US dollar weighed against the euro. (imageBROKER/REX/Shutterstock)