Home News OUTLOOK ’17: Too many ships, the issue for chem shipping

OUTLOOK ’17: Too many ships, the issue for chem shipping 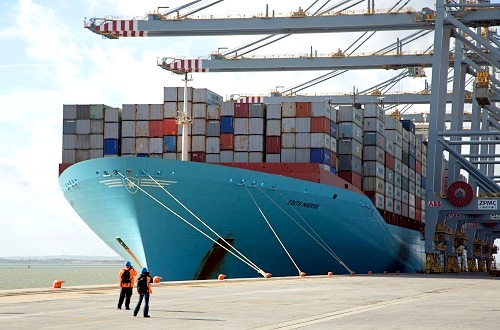 HOUSTON (ICIS)–The problem seems to never go away for chemical shipping, though there are years when it is only a minor or secondary issue. But 2017 will probably not be one of those years.

Most forecasts put the problem of too many ships as the central issue for that sector, not only in the coming year but in the next few after that.

Too many ships chasing too few cargoes has plagued chemical shipping off and on for years, and this dilemma is expected to continue.

The problem surfaced quite visibly in 2016. 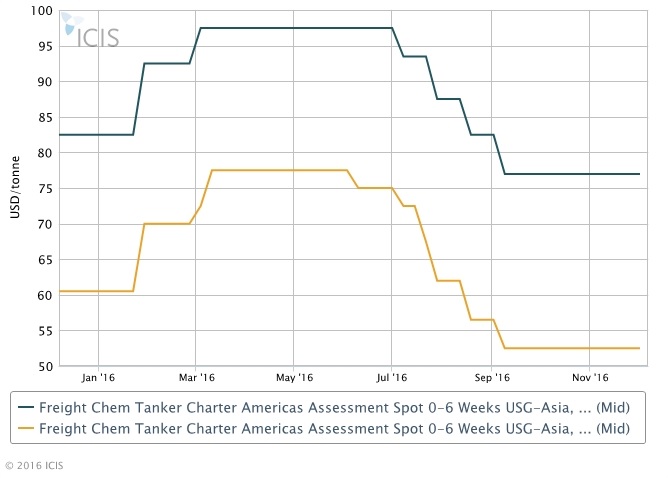 Freight rates on the two major chemical shipping routes in the Americas – the transatlantic eastbound and the US Gulf to Asia trade lane – declined by 9% during the year. New fixtures reported in the ICIS shipping report declined by the same percentage or maybe more, based on totals through November. 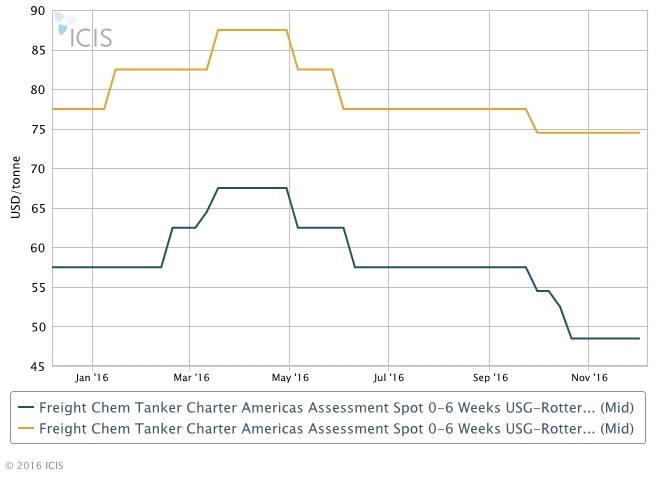 “It is difficult to forecast what the year ahead may bring,” Stolt-Nielsen said. “Volume growth has not kept pace with supply-side growth, a situation made more acute by the recent influx of CPP swing tonnage. On the demand side, the weak return volumes from China and other Asia ports are likely to continue.

The Drewry report noted a reduction in China’s imports of certain products during 2016, not only because of declining demand but also from a surge in domestic production.With new projects there slated to begin operations in the next few years, demand for some chemical imports will decline further, the report said.

In the long term, this will push down on freight rates to Asia.

“While freight rates on some routes are forecast to reduce substantially, other routes may see rollovers or minor increases,” said Hu Qing, Drewry’s lead analyst for chemical shipping, in the report.

Qing said shipowners’ earnings will remain depressed for the next two years, especially those covered mainly by contract business.

Additionally, Qing said time-charter rates in the smaller size categories should remain stable in the next two years, but rates for the larger-sized chemical tankers are expected to decline steeply “because of surplus supply and intense competition”.