HOUSTON (ICIS)–The Americas base oil market is continuing to work to meet the regulatory changes fostered by stipulations from the US Environmental Protection Agency (EPA) that have dominated the industry for several years.

The base oils and lubricants industry have worked to improve carbon emissions controls and other key elements of the EPA stipulations while at the same time fulfilling the need to maintain and improve overall lubricant performance in vehicles.

In 2017, many testing programmes and initiatives begun as many as five years ago are entering the commercial phase, mainly for lubricants used in passenger cars. There are also testing programmes underway for heavy duty vehicles and the combined work for both vehicle sectors is pushing the base oil side of the industry toward lighter viscosity, premium base stocks.

Group II base oils have become the prevalent base oils in the Americas, surpassing the typically heavier grade Group I from 2014 and forward. But the evolving needs for higher performance, lighter viscosity base oils are bringing Group II+, Group III and polyalphaolefins (PAOs) into forefront.

Group III and PAOs are sometimes referred to as synthetic base stocks, with blends of these with Group II sometimes called semi-synthetic.

The Group II+, and there is a Group III+, tiers are also blurring the demarcation lines between the base stock types in terms of both the iterative differences between the viscosities and the prices.

Additionally, the lubricant certification system used in the US is coming under scrutiny from the industry because is viewed by many industry participants as being too slow. This situation was addressed at the 2016 ICIS Pan American Base Oils conference by a speaker from additive company, Lubrizol. The speaker pointed out that certification process begun in 2012 are the ones just emerging into the commercial sector in 2017. The slow, and costly, process is considered a blocking point in ushering in new technologies and lubricant products for the commercial market.

In 2017 the progress toward light viscosity base oils in Group II and Group III is going to continue amid expectations that changes wrought by regulatory requirements are reaching into and impacting the commercial marketplace for motor oils and lubricants.

The following graph shows Group II posted prices for a light, mid and heavy grade from various producers. A chart is also shown that offers most recent carbon emissions contributing sectors as tracked by the EPA. 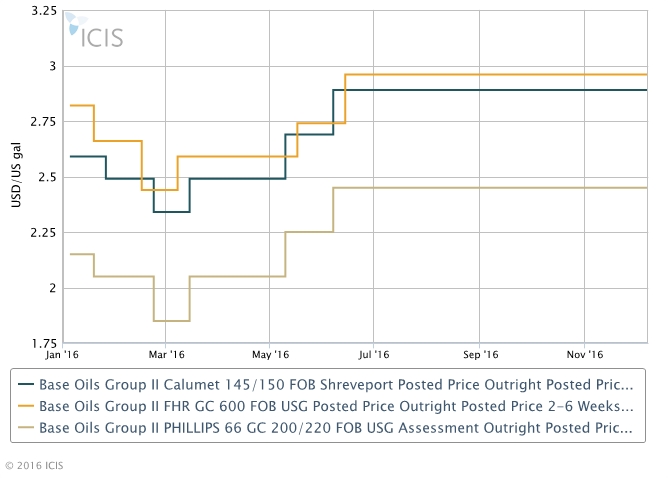 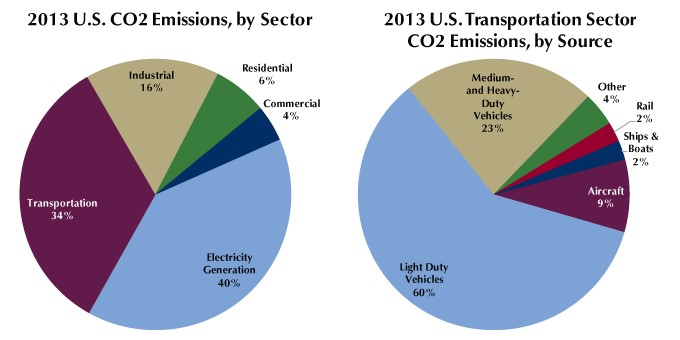