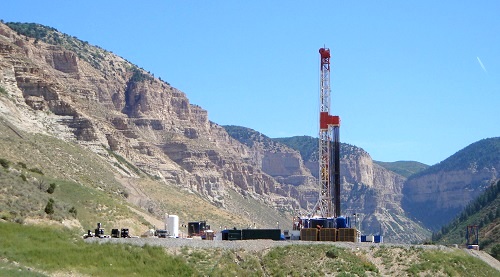 Factors include a colder-than-expected winter, rising natural gas exports to Mexico and domestic production set to fall for the first time since 2005. Above, a remote natural gas well near Parachute, Colorado, in 2008. (US National Institute for Occupational Safety and Health/Wikimedia)

But with exports to Mexico expected to increase, fewer coal plants supplying the power grid and production predicted to fall for the first time since 2005, there are concerns that a colder-than-expected winter could lead to spikes in domestic gas prices. 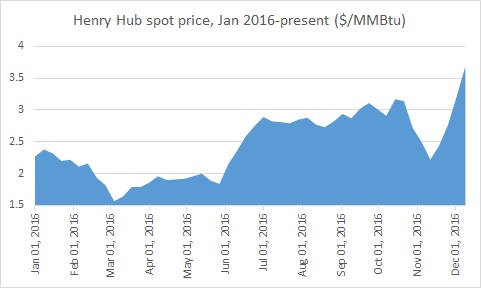 According to the US Energy Information Administration (EIA), estimated current working gas in storage for the week ended 2 December was 3.95tr cubic feet (tcf), around 91% total capacity.

The front-month January contract price on the US Henry Hub benchmark was $3.42/MMBtu at the close of trading on 16 December.

EIA projected in its short-term energy and winter fuels outlook on 13 October that households will spend 22% more this winter for heating than they did last year, because of higher expected demand and higher fuel prices.

Phil Flynn, a senior analyst with the US-based Price Futures Group, said he thinks the EIA’s estimates are conservative and optimistic, believing that prices are poised to soar even higher.

“I think that this decline in production is really a sign that this market is going to get very tight next year,” he said.

Flynn said $4.00/MMBtu is a soft target and could very well end up being the floor for natural gas prices in the US. 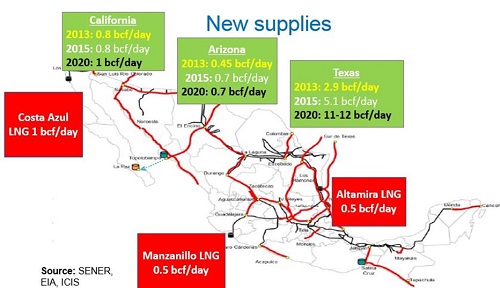 This is the first winter that LNG will be exported from the lower 48 states in the US now that Cheniere Energy has been operating its Sabine Pass export plant in the US Gulf. Also, pipelines being built to feed gas from the Eagle Ford into Mexico are expected to go online this winter, which will further ramp up demand.

“The exports will lead to a significant part of the US production that isn’t going to be available at a time when we are going to see a tighter market,” Flynn said. “I think the possibility of price spikes this winter are very high.”

Despite the US now exporting out of Sabine Pass, cargoes are still expected to be imported into the US, particularly into the northeast region through Everett in Massachusetts and Canaport in Canada.

Paris-based energy company ENGIE has delivered multiple LNG cargoes into its Everett terminal near Boston, primarily from its position in Trinidad.

Everett is not a possible destination for LNG exports from Sabine Pass because of the Jones Act, a US federal law that requires that all goods transported by water between US ports be carried on US-flagged ships. There are no LNG carriers registered or licensed in the US.

Spain’s Repsol, which operates the Canaport terminal in New Brunswick, will likely require at least one spot cargo for January delivery, according to market sources.