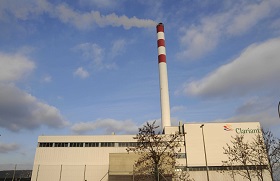 LONDON (ICIS)–Clariant’s plans to merge with US peer Huntsman may be derailed if a counterbid from another buyer is launched, a move which could be a step closer after activist investors acquired higher stakes at the Swiss chemical producer to force management to reconsider their strategy, equity chemical analysts at Germany’s Baader Bank said on Tuesday.

According to the bank’s analyst Markus Mayer, the push from activist investors to make Clariant management reconsider their decision to merge with Huntsman could make a counterbid offer for the Swiss company more likely.

The investors, who are lobbying to change management’s view of the merger with Clariant, would be US investment fund Corvex Management, as reported by news agency Bloomberg on 3 July, and hedge fund 40 North Management.

The two funds announced on Tuesday, in a filing to the Swiss stock exchange, that they had increased their joint stake at Clariant to 5.13%.

The two funds’ attempt to stop Clariant’s merger with Huntsman was justified because the current deal would lack “strategic rationale”, according to reports.

“Clariant is the number one takeover target in the [European chemical] sector, with a long list of interested parties. We think HuntsmanClariant’s merger announcement could be the trigger for other interested parties to emerge with a (hostile) takeover bid,“ said Mayer.

“As the financial markets did not have an overly bullish reaction to the deal, and the breakup fee of only $200mn is low, a potential counter-bidder might come forward before the EGMs [extraordinary general meetings] at the end of 3Q17/beginning 4Q17.”

The bank went on to say that, according to its own calculations, Clariant’s shareholders would be better off with a full offer to buy the company, rather than a merger with Huntsman.

In the latter scenario, Baader Bank said Clariant’s shareholders would see the value of their shares at Swiss francs (Swfr) 26-28 ($25-27) if the deal is finally done on an all-share basis.

The company shares closed trading on 3 July at Swfr21.54.

However, a counterbid from a potential buyer could be established at Swfr30 per Clariant share and with a “certain cash portion, thus making it even more attractive” than the merger with Huntsman, the bank added.

That would be the ultimate goal by the activist investors – to get the best value for money on their shares.

“The background of the merger was a defence strategy of Clariant and Huntsman, in our view. Of the potential merger candidates for Clariant, Huntsman was not at the top of the list,” said Baader.

“From a chemicals perspective, the merger only makes limited sense, with an overlap of only 10-25% of combined sales. Therefore, we interpret the step as a defence strategy to prevent Clariant and Huntsman from becoming a (hostile) takeover target.”

The analyst concluded pointing to the two companies’ annual synergies post-merger of $400m, a factor which made investors wary since the announcement and which was revised soon after as the two companies embarked in a campaign to sell the deal to the financial community.

In an interview with ICIS, Clariant’s CFO Patrick Jany said in May that the $400m/year figure was likely to increase once all merger negotiations had concluded.

It is an argument some within the financial community are taking on board.

“The targeted $400m/year of synergies (3% of combined sales) are lower than other mergers (i.e. [US chemical majors] Dow/DuPont). However, the synergy target might have upside from the cost (R&D) and revenue side,” said Baader.

“The potential re-rating of Clariant (due to dual listing), combined with these synergies, will create value. As the financial market’s reaction was not overly bullish on the deal, and the breakup fee of $200m is relatively low, we always believed a counterbid could emerge, which would create additional upside.”

Given that both scenarios would imply higher share prices for Clariant, Baader Bank kept its ‘Buy’ recommendation on the stock unchanged, with a 12-month share price target of Swfr26, representing an upside potential of 20% compared to the latest closing price.