Germany-based BASF aims to constantly transform its portfolio to boost competitiveness and position itself for sustainable long-term growth in an uncertain world. Gradual pruning over time can result in significant transformation.

“Pruning your portfolio is a constant task… When you look over a longer timeframe, BASF has been extremely active, especially exiting businesses. We have been actively restructuring and have also made a couple of acquisitions,” said BASF CEO Kurt Bock in an interview with ICIS at the ICIS Kavaler Award event in New York. 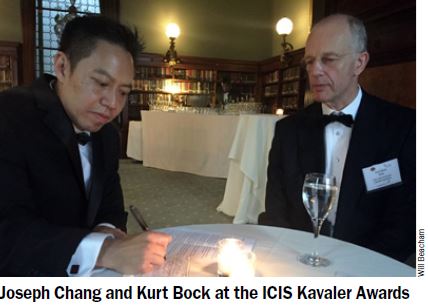 Through the years, BASF has exited the polyolefins, fertilizers, styrenics and gas trading businesses, he noted.

On the M&A front, the company has been disciplined and selective. BASF is acquiring Solvay’s polyamide 6,6 business for €1.6bn, or a very reasonable 7x trailing 12 months earnings before interest, tax, depreciation and amortisation (EBITDA) in a deal expected to close in Q3 2018.

“Sometimes it feels like with today’s standards, everything is small unless you spend double-digit billions of dollars, but it’s really about the competitiveness of the individual businesses,” said Bock. “The Solvay deal is a good example – we are strong in PA6 (polyamide 6) and Solvay in PA6,6 and also backward integrated. So for us it’s a very nice combination, essentially providing a fuller product portfolio for our customer industries, especially automotive.”

BASF’s last major acquisition – that of metal surface treatments company Chemetall for $3.2bn from Albemarle in December 2016 – was highly complementary to its coatings business, he pointed out.

In the long run, the cumulative impact from these types of acquisitions and divestitures can be significant. “Sometimes it feels like not much is happening. But over time, this is a gradual improvement of your business, and you may find your portfolio is quite different than when you started,” said Bock.

“We want to drive the company in a direction where we create a competitive advantage, so we are not victim to price volatility or emerging competitors who may have a feedstock cost advantage. We want to drive our competitiveness based on innovation… and closeness with our customers,” he added.

BASF is agnostic about overall size for the sake of it, but notes that size does matter when it comes to end markets. “We believe we can create additional value by having different but related businesses under one roof,” said Bock.

For example, BASF is by far the largest automotive supplier in the chemical industry with more than €10bn in annual sales, he said. “This makes us a very attractive partner for the automotive industry when they talk about new trends and developments – they want to sit down with BASF because we have the breadth and the depth, and the knowledge and willingness to invest for the long term for these relationships,” said Bock.

In the US, BASF had considered a worldscale methane-to-methanol-to-propylene (MMTP) project, but put it on hold in February 2017.

“Ultimately, the economics depend on the price differential between oil, which sets the marginal production cost, and methane. The project was far more attractive at $100/bbl oil than $50/bbl,” said Bock. “Interestingly, with the oil price collapse, all of a sudden the European naphtha-based companies became more competitive. That was not supposed to happen because the common wisdom then was that with shale gas, the world had changed forever.”

Another major hurdle to investment in the US is the high capital cost, he noted.

“You have seen skyrocketing investment costs in North America. The United States today is the most expensive region in the world to build new chemical plants, by far. This [offsets] to a very large extent, the advantages of having relatively cheap feedstock based on shale gas and oil,” said Bock. There is also a “complete mismatch between labor costs and productivity compared to other regions”, he said.

One major theme running through the interview and Bock’s speech upon receiving the ICIS Kavaler Award was to expect surprises. “We have to be ready to see more surprises to come… If we believe we know what is going to happen, we will be proven wrong,” said Bock.

See the Chemical Industry in Transformation at the 12th Annual GPCA Forum from 27-29 November in Dubai: http://www.gpcaforum.net/