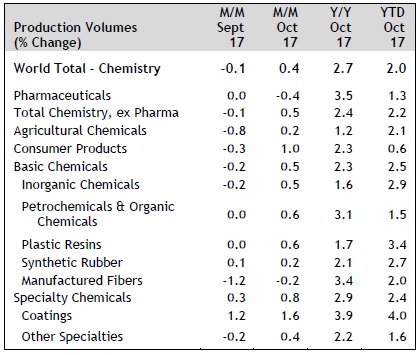 Year over year, the global CPRI was up by 2.7% on a three-month moving average (3MMA) basis.

In Latin America, the ACC said chemical industry output in October increased by 0.3% month on month.

The Global CPRI measures the production volume of the business of chemistry for 33 key nations, sub-regions, and regions, all aggregated to the world total. The index is comparable to the Federal Reserve Board production indices, the group said.