SINGAPORE (ICIS)–A widespread gas shortage in China has been disrupting domestic chemical production and this condition could continue through the first quarter of next year.

Usage of natural gas for household heating purposes typically spikes during winter, with the government restricting its use in industrial production, causing shutdowns of gas-based chemical plants.

A number of industries have switched to using gas from coal to run their plants this year, in line with China’s push for cleaner air and environmental protection. 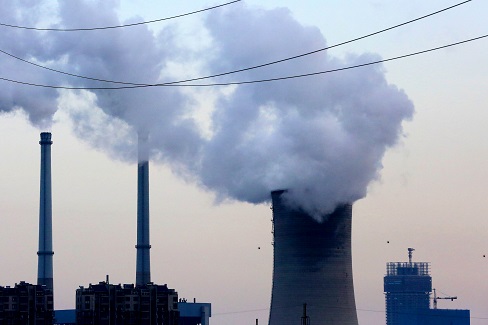 The vast rural and suburban areas of provinces such as Hebei, Henan and Shandong have accelerated the shift to use gas, causing the sudden surge in demand and the consequent huge supply gap, particularly in north China, when winter hits in mid-November.

Based on calculations from the National Energy Bureau, the gas deficit this winter is expected reach 10.5bn cubic metres, representing 10%-20% of the total requirement. In the previous winter, the deficit was lower at 8.8bn cbm.

Poor infrastructure is partly to blame for the current gas shortage problem.

As residential users are prioritised over all other users, including commercial and industrial consumers, production plants relying on natural gas as feedstock or utility are hit hard by the undersupply.

The government of Hebei announced on 28 November an orange warning (II level emergency, meaning severe shortage) on gas supply in the province. In its response plan, the supply cut/freeze will first hit gas usage as chemical feedstock, then as utility for industrial production, to give priority to residential users.

In early December, the government of Shijiazhuang city – the capital of Hebei – demanded ENN Energy, the city’s major gas supplier, to stop gas supply to all industrial users. Meanwhile, the city’s gas stations can only serve taxi and pubic bus.

Other provinces such as Henan, Shandong, Anhui and Hubei, have taken similar measures to tackle the problem.

Initial signs of gas shortages were apparent as early as September, when gas prices started to gradually move up, but no enough initiatives or solutions were discussed at that time until it escalated into a large-scale crisis, industry sources said.

Prices of liquefied natural gas (LNG) have rallied by an average of 86% across China since 1 September to CNY6,285/tonne on 8 December. In the northern regions, LNG prices more than doubled to CNY8,300/tonne in early December from CNY4,000 tonne/year in mid-November, ICIS China data showed.

The price uptrend is expected to continue as supply is predicted to remain tight for the duration of winter.

“Our production has never been normal this year. Previously, there’re rounds of environment inspection and safety checks. Now comes the gas [shortage] and all chemical plants in this industry park are affected [to a] certain degree,” said a source from Hebei Jinzhou Fuli Chemical, which is based in Jinzhou industrial park.

“The shortage and high prices of LNG are forcing domestic producers to stop production. It looks like we’re handseling our market to overseas producers,” the source said.

China’s National Development and Reform Commission (NDRC) on 4 December launched a 24-hour emergency responding mechanism to the gas shortage, including requiring state-owned PetroChina, Sinopec and CNOOC – the three biggest gas suppliers in China – to try their best to raise production and imports to address the problem.

In Bejing, a long-idled coal-fired power plant was restarted on 7 December to generate electricity to replace gas use.

In early December, the Ministry of Environment Protection announced that rural households with no access to gas can switch back to coal or other fuel.

Underscoring the importance of laying down proper gas infrastructure to prevent shortage problems in the future, investments on gas pipelines and storage tanks in China have been growing in recent months and the process of obtaining regulatory approvals on such projects have been unusually fast, a source at a Guangdong-based investor, which is building a storage farm in Ningxia.

Picture: Smoke and steam are discharged from chimneys and cooling towers at a coal-fired power plant in Huai’an city in China’s Jiangsu province. (Source: Imaginechina/REX/Shutterstock)