Home News US economy to face headwinds in H2, but chance of soft landing remain – economist

HOUSTON (ICIS)–The US economy will continue to face headwinds in the second half of the year from high inflation, but consultancy Oxford Economics still anticipates a soft landing amid a strong labour market and continued spending from US consumers.

Oxford’s lead US economist Oren Klachkin and senior economist Ahmed Abdelmeguid made their comments on the US economic outlook during a webinar on Thursday.

Klachkin said that despite the two consecutive quarters of contraction of the country’s gross domestic product (GDP), which is one technical definition of a recession, Oxford does not see the US falling into a recession and anticipates a relatively modest rebound in economic activity in the second half of 2022.

A soft landing, in economics, is a cyclical slowdown in economic growth that avoids recession. 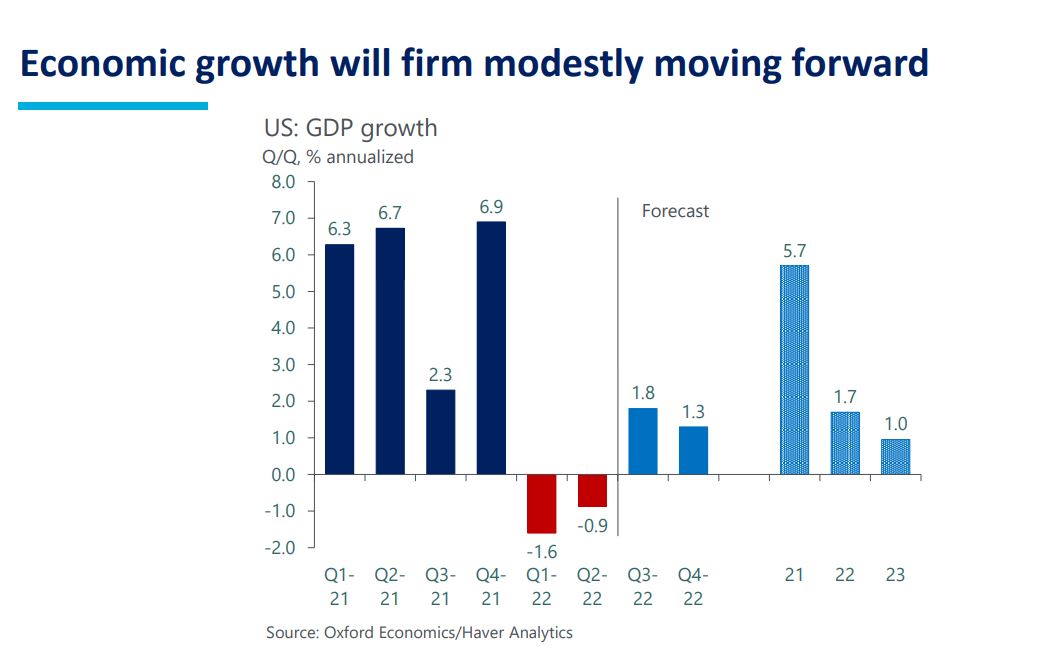 “The key component that we think will keep the US out of a recession is the fact that the labour market remains very strong,” Klachkin said. “This means that the income gains that are being generated from this jobs market will continue to offer support for consumer spending amid the environment of high inflation and higher interest rates.”

Klachkin said one negative data point he is continuing to focus on is the labour force participation rate, which fell to 62.1%, near its level at the end of 2021.

“We do think that labour demand will soften a bit in the second half of 2022 as companies face higher costs and if consumer spending softens,” Klachkin said.

Klachkin said consumers are continuing to spend but at a slower rate.

Overall nominal spending was up 1.1% in June, he said, but only by 0.1% once the impact of inflation was removed.

One outcome of the trend is that consumers are beginning to reach into their savings to help sustain spending amid the inflation.

“As of now we do not see a high risk of a sharp pullback in consumer spending in the second half of 2022,” he said, adding that he sees signs that the economy may have moved past peak inflation.

“I do not want to be too optimistic on the inflation front as there is a lot of uncertainty about this right now,” Klachkin said, pointing to the July Consumer Price Index (CPI), which came in lower than expected.

He said he does think inflation could linger higher for longer and is forecasting 8.1% CPI for the year and core inflation at 6.2%.

Klachkin said they see the US Federal Reserve continuing to raise interest rates, but maybe being less aggressive.

“We see another 75 basis-point hike in September,” he said. “And then after that we actually see a series of 25 basis-point hikes before we see rate cuts in 2023 to help support the economy as economic activity softens on the supply chain front.”

SUPPLY CHAINS
The economist said that a slowing of the economy could actually be good for supply chains, which have been strained amid the surging demand. 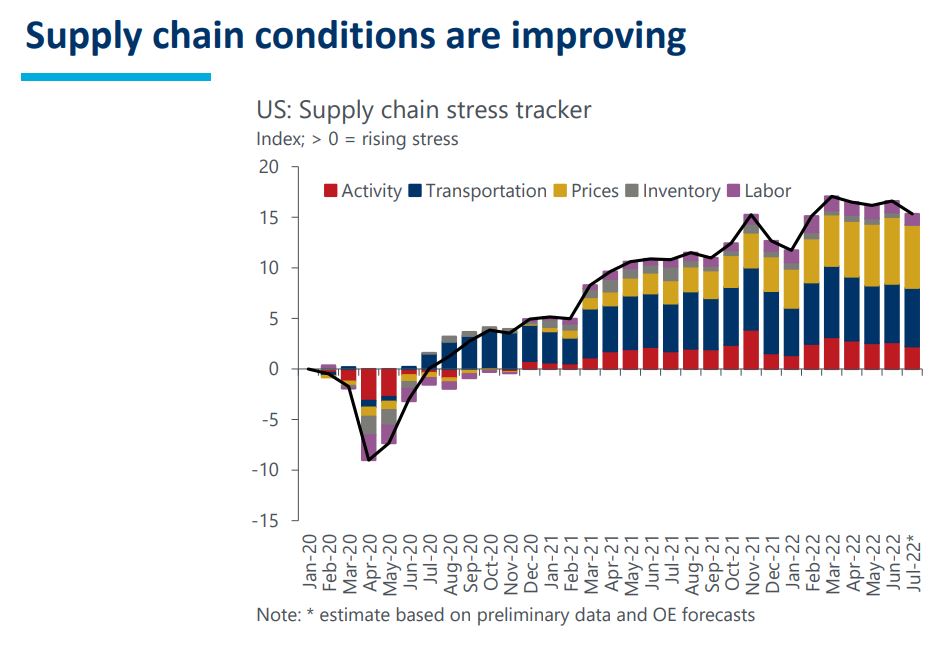 “However, while the demand for new orders has declined, business activity has remained healthy and although production has slowed, orders are being filled more quickly, which has allowed certain industries to meet demand more quickly than they would have done in earlier in the post pandemic period,” Abdelmeguid said.

He said industries that were hit particularly hard, like the auto industry, should be able to maintain current production levels as they rebuild inventories.

“The only exception will be those industries that face pressures from rising cost of energy,” he cautioned.