LONDON (ICIS)–Achieving free economic zone status for the main port in Teesside, UK, could help cushion the chemical industry in the event of any extra tariffs imposed after the country’s exit from the EU, according to the Labour Member of Parliament for key chemical hub Redcar, Anna Turley. Free port status for Teesport would mean products could be imported into the area, manufactured and exported again without being subject to tariffs and import procedures. The port’s deep water access and well connected land transport make it a candidate to obtain the special status.

Turley, who is also a member of the parliamentary Business, Energy and Industrial Strategy Committee, believes free port status on Teesside would unlock great potential.

“For the chemical industry it’s absolutely huge and should be a priority,” she said. “Both in terms of importing, what we manufacture and the process itself, this could go a massive way in potentially mitigating the damage of Brexit.”

A critical UK chemical hub
With the UK chemical industry still largely in the dark about its future regulatory and trading relationship with the EU, Turley, along with other elected MPs and several business leaders, have their sights set on acquiring this status for the northeast’s major port in a bid to counteract any less than desirable changes for the chemical industry post-Brexit.

Teesport handles over 5,000 vessels each year and around 40m tonnes of cargo.

More than 1,400 companies are directly involved in the region’s chemical-based supply chain, generating £26bn of sales every year and employing 190,000 people. Turley is the elected Member of Parliament for Redcar, home to the major industrial processing site Wilton International. Wilton counts various large petrochemical companies among the 50 companies based there, including Huntsman Corporation, Sabic and Lotte Chemical. 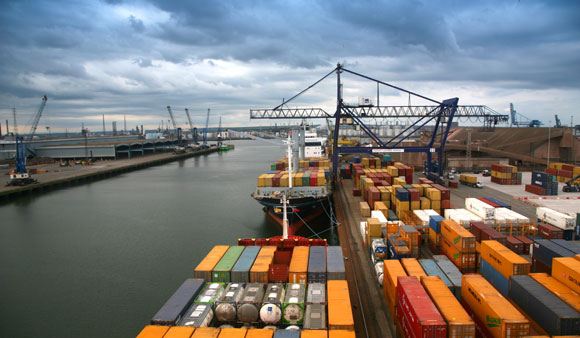 “There is no doubt that Brexit is really difficult and challenging for Teesside as a whole but particularly for the chemical industry,” Turley said. “One company said that even with 3% tariffs, their entire profit margin would be wiped out.”

Exporting £12bn each year, the North East is the only net exporting area in the UK. Its reliance on exports, coupled with the concentration of chemical-intensive industry in the area, means the area is particularly sensitive to any potential changes in tariffs arising from the UK’s exit from the European Union, set for March 2019.

For that reason, ensuring the continuation of the UK’s current frictionless trade with Europe is her top priority when it comes to safeguarding industry in the area, and free port status is one solution to this.

Not dependent on Brexit
Creating the legislative framework for a free port in Teesside involves adding amendments to the Customs Bill currently being processed as part of post-Brexit legislation, Turley said. However she is quick to point out that the legislation itself is not new, and is much more a missed opportunity rather than the “post-Brexit boon” she says some are trying to push.

Should the free port ambition come to fruition, Teesport would join the 85 existing free economic zones in the EU, and more than 3,500 worldwide. The UK has no free economic zones at the moment, although it did have five free zones until their expiry in 2012. The free ports were located in Liverpool, Southampton, Port of Tilbury, Port of Sheerness and Prestwick Airport.

Addressing concerns that free trade zones are criticised as a means for bypassing health and safety legislation and workers’ rights in other countries, Turley assures current standards would be upheld.

“All of those laws, practices and standards will remain the same. But with some help on the customs duties we really could liberate our chemical industry here,” she said

The regulatory and duty-related fears abounding in the chemical industry are not unfounded. In early 2018 a confidential government document leaked by news site Buzzfeed highlighted the chemical industry as the worst affected after the country leaves the European Union. Specifically, the UK’s future participation in the EU’s REACH regulation is unknown, with concerns that a new UK-based regulatory system would be costly and time consuming for companies.

“Britain has been at the forefront of driving a strong regulatory environment around the chemical sector,” Turley said, “but now we will have to accept the rules put on us. We’ll have control no over that regulation,” Turley said.