Home News EU needs joint trade approach to be ‘at eye level’ with US, China – VCI

EU needs joint trade approach to be ‘at eye level’ with US, China – VCI 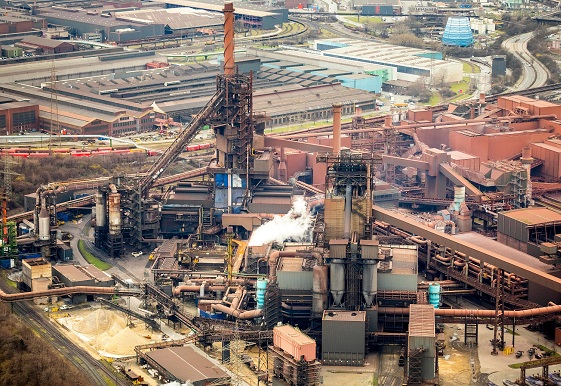 LONDON (ICIS)–The US has postponed for 30 days a decision on trade tariffs on the EU and other allies, but Germany’s chemical trade group VCI said on Tuesday the 28-country bloc should adopt a unified and speedy position on trade to face China and the US “at eye level”.

On Monday 30 April, US President Donald Trump delayed a decision on tariffs on EU steel and aluminium, as well as other allies like Canada and Mexico, for 30 days after the first round of tariffs in March.

The US imposed a worldwide 25% tariff on steel imports and a 10% tariff on aluminium but granted temporary exemptions to Canada, Mexico, Brazil, the EU, Australia and Argentina.

At the time of the announcement, the European chemical trade group Cefic said it feared the imposition of tariffs could kick off trade wars, in detriment to the globalised, trade-heavy chemical industry.

Its counterpart in the US, the American Chemistry Council (ACC), said tariffs could slow down growth in the country’s chemical industry.

Despite the “short run” relief for the trade relationship between the EU and the US following the extension on Monday, Germany’s VCI said the 28 countries within the EU should “act jointly and with determination” in their trade discussions with the US and other major trading partners.

“Europe needs a harmonised and WTO-compliant trade policy, ” the trade group said in a statement.

“We Europeans have to discuss what institutional changes are needed so that the EU can meet US President Trump and China’s President Xi at eye level in the future – because Europe can succeed in this effort only if we speak with one voice,” said VCI director-general Utz Tillmann.

The VCI chief concluded by asking for overreaching bilateral negotiations between the EU and the US which should not be limited to industrial tariffs.

“Moreover, it is essential that the EU consistently orients its trade policy to the fundamental principles of WTO [World Trade Organization] to avoid yet more damage to the world trading system.”

The EU’s steel producers trade group Eurofer also said on Tuesday that with the US extension the EU gained some time for further negotiations, but conceded the US had decided to press ahead with a “policy of uncertainty” which would damage its own economy and those of its allies.

Nevertheless, Eurofer launched an appeal for the US to exclude the EU from the tariffs indefinitely.

According to figures from the trade group, the EU exported 5m tonnes of steel to the US in 2017.

“The US’ decision is welcome, if temporary. Despite all the evidence of the harm to the EU-US relationship – and to our respective economies – the Administration has opted to continue a policy of uncertainty in its international trade practice”, said Alex Eggert, director general at Eurofer.

“However, in our view, the EU must not bend to unilateral trade measures and should continue to back multilateral solutions under the WTO framework.”

Eurofer added that a rise in tariffs worldwide during the first months of 2017 was a concerning factor which would be exacerbated if the US pressed ahead with more tariffs to now excluded countries.

According to the trade group, countries previously excluded from the measures which could fall under new tariffs imposed by the US may be tempted to “direct their deflected products” to the EU market.

“The EU’s possible safeguard measure should be broad and cover a wide scope of products whilst maintaining access to traditional trade flows,” said Eggert.

“It is important to stress that any safeguard – which remedies import surges – would be independent of whether the US gives the EU and exemption, either now or next month.”