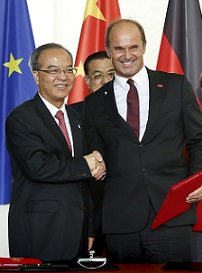 Data from first-half financial reporting points to average capital expenditure standing at 7% of sales for the 2019-20 financial year, around 1.4 percentage points below levels in 2013-15, UBS said, in spite of the global economic rally seen over the last 12 months.

“We still see a low period of capex in petrochemicals globally especially relative to the ill-discipline of the 2012-15 period, albeit with a higher supply growth rate in the benchmark product ethylene in 2019,” UBS said in an investor note. 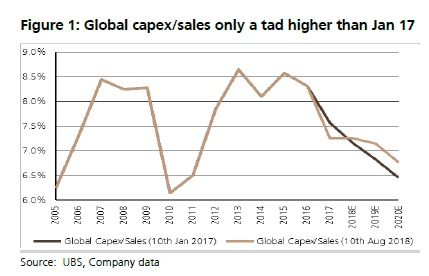 Industry caution may be in part due to global political uncertainty and the capacity of numerous incidents such as US sanctions on Iran and a US trade war with China to arrest global growth ratws, the bank added.

The International Monetary Fund (IMF) forecasts global GDP growth of 3.1% in 2018, but that rates over the following two years are likely to be softer as developed world growth slows and developing world recoveries plateau.

BASF’s $10bn bet on a new verbund site in China will figure in capex estimates within the next few years, UBS added, while Saudi Arabian producers continue to invest strongly in crude-to-chemicals projects.

INEOS’ $3bn new European petrochemical complex, including the first ethylene cracker to be built in the region in two decades, is another example of large-scale bets in spite of prevailing industry caution, UBS added.

Pictured: The vice governor of the Guangdong Province (left) and BASF’s CEO, after the German major said it aims at $10bn capex at its new Verbund site in China
Source: BASF