LONDON (ICIS)–It is not necessarily a calm before the storm but traders and others have to deal with the world as it is. The bottom line impact can be gauged later. 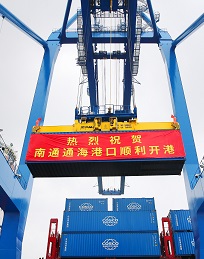 Petrochemical sources in China do not hold out much hope for the working-level China-US trade talks in Washington which begin on Wednesday.

They have to deal with reality, which is the implementation of a new raft of tariffs on imported US chemicals from Thursday (23 August).

A 25% tariff comes into effect on $16bn of goods of US origin. In the tit-for-tat of this dispute, US customs will begin collecting 25% duties on 279 goods of China origin on the same day.

As the intensity of the trade spat has escalated, China importers have sought alternative sources of supply. They have had to.

Ethylene glycol (EG) buyers, for instance, have found alternatives to US product, so have companies requiring acrylonitrile (ACN).

China has for years imported large volumes of both intermediates, although its requirements are being increasingly met by domestic supply, but not significant volumes from the US.

Buyers, in addition, are turning now to local regional suppliers and eschewing US cargoes.

This was expected as the trade tensions ramped up.

Of vital importance on both sides of the divide has to be the reality and the prospect for polyethylene (PE).

US producers need to fill their big new production plants coming on-stream on the back of the shale oil and gas boom.

Significant volumes of the new polymer capacities are targeted at exports and, while China was expected to absorb a great deal, that scenario looks increasingly unlikely.

ICIS reported this week that several traders of polyolefins have stopped buying US product and turned to the Middle East instead.

It has become increasingly difficult to apply for letters of credit from banks to buy US goods.

The banks, understandably, are concerned about future risks but the move is an example of the non-tariff barriers that are likely to hinder polyolefins trade.

Who is going to be hurt the most if the dispute persists?

Possibly not the major US exporters – they may have large volumes of product to sell but have the marketing clout to seek out and service alternative geographic locations.

In one scenario, it will be mathematically impossible for the US to comfortably place the large increases in PE production without exporting to China, according to ICIS analyst John Richardson in his Asian Chemical Connections blog.

The estimates are that China will account for 51% of HDPE and LLDPE net imports (imports minus exports) across the major deficit regions and countries over the 2018-2025 period.

This would imply that China will have a dominant role in the market in the short term.

Even if US producers have the variable margins big enough to absorb the impact of China’s 25% tariffs, they have made promises to shareholders based on none.

Can they persuade China buyers to absorb the 25%? Probably not.

China currently does not rely heavily on the US for its PE imports, and the idea that it might import more in the future seems increasingly unrealistic.

Imports will be made from third countries and it is geographically close neighbours to China that look as though they will suffer the most in a continued US-China trade dispute.

Vietnam, for instance, the largest net importer of HDPE and LLDPE in southeast Asia, is reportedly absorbing prime and off-grade HDPE cargoes from the US.

There is not much appetite for US-origin cargoes, and the reshuffling of supply is expected to lengthen the market.

The distortion caused by China tariffs, a long market, and falling prices are likely to weigh most heavily on regional producers, who are in the front line of this on-going dispute.

See the ICIS Topic page for background and updates on the US-China trade dispute.