SINGAPORE (ICIS)–Ethylene-based vinyl acetate monomer (VAM) prices in southeast Asia and India for September shipments came under pressure on heightened competition amongst suppliers on the back of rising output in China and weak demand in the domestic market. 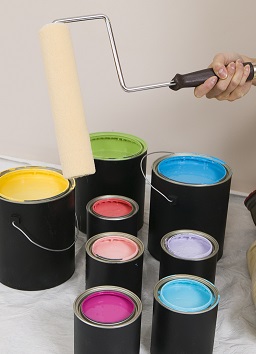 These were down by $20-30/tonne from the previous week’s discussion levels, subject to India’s 7.5% import duty.

“The strong dollar and the lack of good demand coupled with ample inventory has turned the market bearish and we do not expect buying interest over $1,050/tonne CFR India (for dutiable cargoes) going ahead,” said an international trader.

Buying interest for ethylene-based material in India was resultantly capped at equivalent levels of up to around $1,220/tonne CFR India on a zero import duty basis, after factoring in a $20/tonne premium over natural gas-based cargoes.

Offers on the other hand, were at the mid-to-high $1,200s/tonne CFR India.

Imports from China and Saudi Arabia – which are subject to India’s 7.5% import duty – account for around 37% of India’s total VAM import volume, with the bulk of the remaining imports provided by duty-free Singapore origin cargoes, amounting to around 63% of the pie. 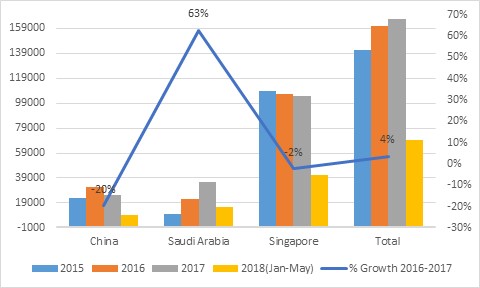 In China, the operating rate at Sinopec Great Wall Energy’s 450,000 tonne/year calcium carbide-based VAM plant in Ningxia recovered to 90% of capacity during the week ended 31 August, versus 80-90% in the previous week.

The plant was previously operating at a reduced level of around 55% from 9 July due to technical issues at the calcium carbide feedstock plant.

Sinopec Sichuan Vinylon is operating its VAM plants at above 80% of capacity, versus 60-70% in June.

The plants have a combined production capacity of 500,000 tonnes/year and the 200,000 tonne/year unit was shut from 23 June to 23 July due to a shortage of upstream natural gas.

For producers of ethylene-based VAM, the combination of passive demand and high-priced feedstock inventories have put a squeeze on margins, prompting some of them to cut output.

Taiwan’s Dairen Chemical Corp. has been operating its Singapore-based VAM plant at a reduced 60% of capacity since 9 August.

The company may cap the operating rate at its Mailiao, Taiwan-based plant at 60% of capacity after operations resume in early September from turnaround.

Celanese’s 300,000 tonne/year VAM plant in Nanjing, Jiangsu province, may be taken off line in mid-September due to squeezed margins, according to sources close to the company.

The plant – which was operating at a reduced rate of around 50-60% of capacity since the week ended 24 August – may be shut for a period of two weeks, sources added.

Market players anticipate that the competition may prevail in the near term, amid the belief that Chinese producers were trying to make up for lost production earlier in the third quarter and push for sales performance.

This may prevail before the perennial disruptions on upstream natural gas supplies set in during the winter heating demand peak in China – was expected curtail VAM production in the last quarter.

Last year, the shortage of feedstock natural gas during the winter heating season in China caused the prolonged outage at Sinopec Sichuan Vinylon’s VAM plant from 21 December 2017 until around mid-January 2018.

Meanwhile, the easing supply and demand balance in the Europe and US markets may continue to attract Saudi cargoes to India, but the trial start up of Petro Rabigh’s new EVA plant in the second half of 2018 may limit the availability of Saudi VAM exports.

In the United States, the reduction in VAM export prices earlier in August showed that supply is expanding and should continue in that vein as a result of Dow ending its force majeure in all global regions.

In Europe, there is now more material available and supply is expected to ease.

However, one major producer is believed to be entering an extended turnaround in September.

This, if correct, should at least ensure the market will not become long for the next couple of months. 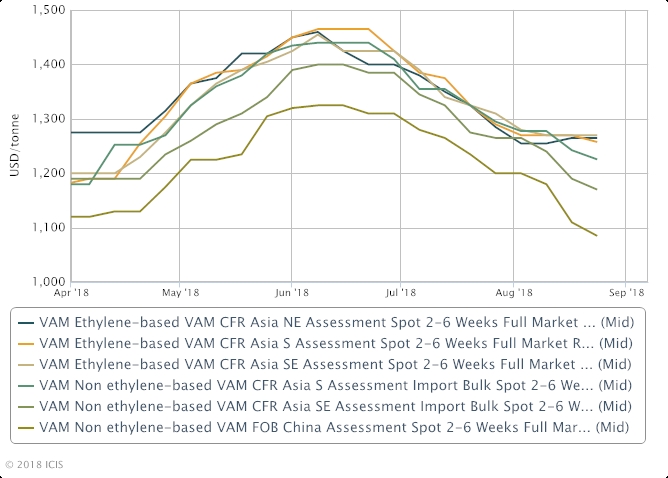 INSIGHT: Shifting global investment in chemicals research is a challenge for established markets