LONDON (ICIS)–As developing economies continue their relentless urbanisation, the crude oil industry needs to reverse the declining trends in capital investments post-2014 in order to cater for that growth, the executive director at the International Energy Agency (IEA) said on Tuesday. 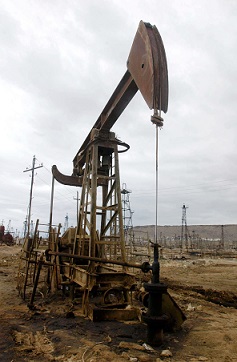 Fatih Birol said that “there is still money to be made” in the crude oil industry, because “whether we like or not” crude oil will continue to play a key role in the global energy supply for decades to come.

Global crude oil majors sharply cut capital expenditure (capex) when crude oil prices slumped in 2014 and, despite their recovery in the last year, they have remained shy of announcing new projects.

That lack of investment could threaten supply by the late 2020s, said Birol, unless US shale production rose by 10m bbl/day by the mid-2020s, something the IEA does not exclude although it would be “a tall order” without a precedent in the history of the 100-year-old industry.

The money to be made in the industry will come from a variety of sectors that are not likely to move away from fossil fuels anytime soon.

Earlier in the day, the IEA said that the much-talked about electrification of transport would only dent demand for crude oil by a relatively small percentage, adding that industries like petrochemicals, trucking and shipping would continue to rely on crude oil as a reliable and inexpensive method to power themselves. 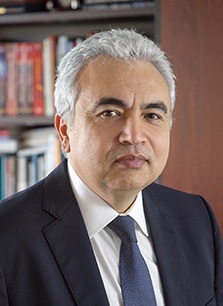 “There is a mismatch between the robust oil demand growth [expected] in the near term and the shortfall in new projects in the oil sector, expect for shale, [and there is a] risk of a sharp tightening of oil markets in the 2020s [due to the lack of investments],” said Birol, pictured.

“Therefore, my humble suggestion to the crude companies is: there is still a lot of money to be made in the oil business. We will need oil for many years, whether we like or not – that is another story. [Capex is needed] Especially because of ageing existing fields, more important than demand growth itself.”

However, the IEA is an organisation with a heavy European weight and sustainable targets always feature heavily in its forecasts.

Birol said that the large investments needed could not be business as usual and would need to include carbon dioxide (CO2) emission-curbing mechanisms in order to make the use of fossil fuels greener.

“If countries are serious about the Paris Agreement’s targets [to curb CO2 emissions], the new investments in the energy sector should be sustainable investments.”

CCS TO PLAY A ROLE
For instance, he said policymakers in countries like Japan are looking at hydrogen as a potential part of the energy mix, and insisted on the IEA’s long-held liking for carbon capture and storage (CCS) technologies.

CCS systems have the potential to capture and lock CO2 underground in emissions-heavy industries like coal or crude oil, neutralising the negative environmental impact.

However, CCS is a pricey technology and deployment is still at very early stages.

Birol preferred to see the glass half-full, and said that due to the fact that the world’s economy will continue to be powered by CO2-heavy fossil fuels, CCS technologies would become unavoidable.

While the 2015 Paris Agreement lost steam when the US withdrew in 2017, arguing it put its domestic industry at a disadvantage with other countries, the other signatories – led by the EU and China – said they would push ahead with CO2 emissions reductions.

On 3 December, the UN’s 24th Conference of the Parties (COP24) on climate change kicks off in Katowice, Poland.

Before that summit starts, Birol said he is to meet global crude oil majors and energy leaders in the UK to talk about the possibilities for CCS development, in a meeting under the auspice of the UK’s energy vice-minister Claire Perry.

The UK’s keenness for CCS technologies is newly found, however. Back in 2015, it axed £1bn from a scheme targeting research and development (R&D) of the technology.

With more modest figures, UK producer Drax announced this year it was to invest £400,000 in a trial at one of its plants. Claire Perry said at the time it was “hugely exciting”, as reported by the country’s daily newspaper The Guardian.

IEA’s Birol said on Tuesday: “CCS is a very critical technology. We will have three fourths of our energy coming from fossil fuels, which are cheap and convenient. We see some good signals [for CCS development], I am not as pessimistic as some are.

“The US government has a new tax credit for CCS technologies. The UK, The Netherlands, China, Norway, or Canada are pushing for CCS very strongly.”