LONDON (ICIS)–After the EU set ambitious targets on plastics recycling, the topic is not only dominating petrochemicals’ future strategies but also the psyche of consumers, which is a challenge but also an opportunity, according to the chairman of a newly-established methyl methacrylate (MMA) recycling project. 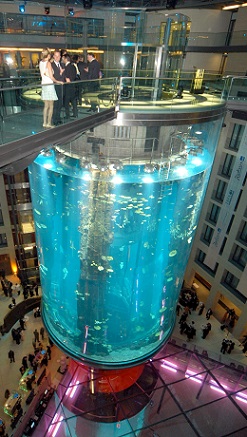 Jean-Luc Dubois, scientific director at French chemical major Arkema, added that the MMA recycling market could be worth as much as €1bn/year worldwide in the near future.

European MMA producers and consumers have mobilised to tackle this, with the creation of the MMAtwo project, which is funded by the European Commission, the EU’s executive body, with €6.6m out of a total budget of €8.9m.

The four-year project is a consortium of 13 producers and consumers of PMMA in six different European countries. The EU’s funding falls under the umbrella of the 28-country bloc’s Horizon 2020 Research programme.

“We estimate that only 10% of production is currently collected. 90% is somewhere today in landfill or incinerated,” said Dubois.

If the project is successful in recycling 10% of end-life product, in addition to the 10% of scrap material already recycled, then it is estimated this would create a global €1bn market.

There would also be an added advantage for the MMA industry: chemical recycling already exists and it is possible to depolymerise, said Dubois.

The first step to creating a circular economy is to identify the material and how to separate it in the many different applications for polymethyl methacrylate (PMMA).

Dubois identified signage as a key opportunity for the recycling of end-of-life PMMA products, with this typically a homogeneous piece of polymer, with many companies rebranding logos on a regular basis.

There are similar opportunities in the flat screen sector, with consumers changing screens, like TVs or computers, in line with technological advances, and it possible to recover a single sheet of transparent and uncoloured PMMA when the product is deconstructed properly.

A main application for PMMA is in the automotive sector, and this highlights a challenge for the project, with many applications for the specialty polymer having a longer-life cycle.

During a typical 15-year life of a vehicle properties will change, and knowledge over the production methods or additives used will often be lost, or not accessible to the recycling company.

“We target depolymerisation and we can then get back to the original monomer, which can be purified,” said Dubois.

With only two existing MMA chemical recycling facilities in Europe, down from five a few years ago, the project also has to examine how the material will be processed once the challenge of collection is addressed.

“There are also economic challenges implementing this in Europe, where labour is more expensive. However, it is the place we can see customers looking for recycled material.”

There are already facilities outside of the region recycling PMMA, including a number of sites in India, but these focus more on the local market.

There had been some wider concerns over the existing method of reactive recycling PMMA, heightened by China moving away from the process because of environmental concerns in recent years. 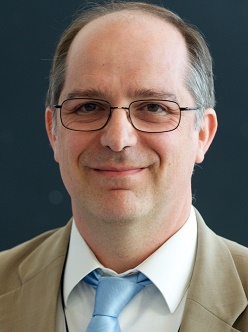 “There is no contamination issues from the current process. The problem is that it works fine but only for top quality material that doesn’t have impurities – if it has them, it produces more waste,” said the Arkema executive, pictured.

Given this limitation, one of the early aims of the project was to find a new production method that could process all PMMA grades (cast, extrusion or injection), something that has to be further optimised, according to Dubois.

“If we want to grow recycling volumes, we need to consider all PMMA grades. This won’t change the way MMA is produced in the EU, but for PMMA it will cause some changes, particularly in the additives used,” he said.

“Some additives can compromise recycling, but we need to be able to identify those to stop the scraps and EoL [end-of-life] products from being mixed. The aim is to identify this so they are recycled in a different unit, and to promote new standards to help the players along the value chain.”

If successful, the PMMA market could make gains over other transparent polymers, like polycarbonate (PC), which also highlights why the industry has joined arms in the pursuit of innovation.

By the end of the four-year project, infrastructure is expected to be in place for the collection, separation, depolymerisation and purification of PMMA.

The project’s key goal would be to build a new plant in The Netherlands for chemical recycling, ran by Heathland, a member company of the MMAtwo project.

Recycling is an opportunity and challenge for the industry, and the MMA industry is trying to take clear and organised steps to meet the EU’s targets. 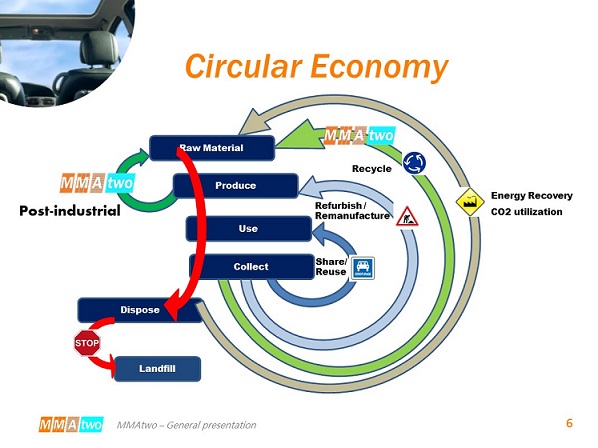