MUNICH, Germany (ICIS)–The increasing operational costs arising from Germany’s transition away from nuclear and coal energy could lead to upheavals in German industry “that no one can or want to imagine”, according to Wacker Chemie CEO Rudolf Staudigl said on Tuesday. 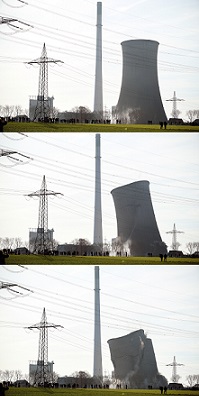 “The electricity costs borne by energy-intensive industries in this country must not climb any further,” he said, speaking at the company’s headquarters in Munich, Germany.

“Otherwise it will be impossible to produce anything in Germany at an internationally-competitive level,” he added.

Germany has been a vocal advocate for improved environmental standards and a focus on clean energy and emissions-reduction in Europe as part of a bid to limit the impact of climate change.

Staudigl described the measures taken as part of the country’s Energiewende strategy as “over-zealous”, claiming that Germany’s desire to be a global emblem for responsible energy policy, coupled with the move to phase out nuclear power in the wake of the Fukushima tragedy, is weighing on industry.

“A false notion of being a trailblazer will lead us astray,” he said.

“In Germany we had a committee for switching off nuclear power and for shutting down coal-fired plants but no committee on how this lack of energy can be replaced,” he added.

Not as much attention has been paid for how the energy loss from the shutdowns will be managed and energy saving measures are continually eroded by the increases in costs, he added, noting that energy and raw materials costs rose €160m in 2018.

“We have done so much already to save energy – the chemicals industry produces 70% more with 14% less energy … We will save ourselves to death if we are not able to make up for this [shortfall] of energy,” he added.

If industry does decline in Germany, the resources for climate change mitigation and energy reduction will also fall, he added.

“I get the impression that many people in this country are not aware of that causal link,” he added.