EU Hydrogen Strategy Could Cause Power and Carbon Prices to Drop

This story has originally been published for ICIS Long-Term Power Analytics subscribers on31 July 2020 16:25 CET.

The European Commission’s Hydrogen Strategy released earlier this month sets out a roadmap to 2050 that includes a target of 40GW EU-based electrolyser capacity directly linked to 80GW to 120GW additional renewable capacity by 2030 and substantial accompanying funding and support mechanisms. We modelled scenarios that considered the renewable generation expansion, the rise in electricity demand, the emission reduction on the industry side and the impacts on carbon and power price. With the massive additional RES installation and all its implications, the annual power prices across EU drop by an average of €8.3/MWh. The EU ETS carbon price drops as well due to reduced emissions in the industry sector where green hydrogen replaces grey hydrogen. The carbon and power impact each has a reinforcing price effect on one another other as our integrated model shows.

The Hydrogen roadmap to 2050

The document outlined a roadmap of hydrogen expansion out to 2050 in three stages:

Hydrogen Demand from the industry sector 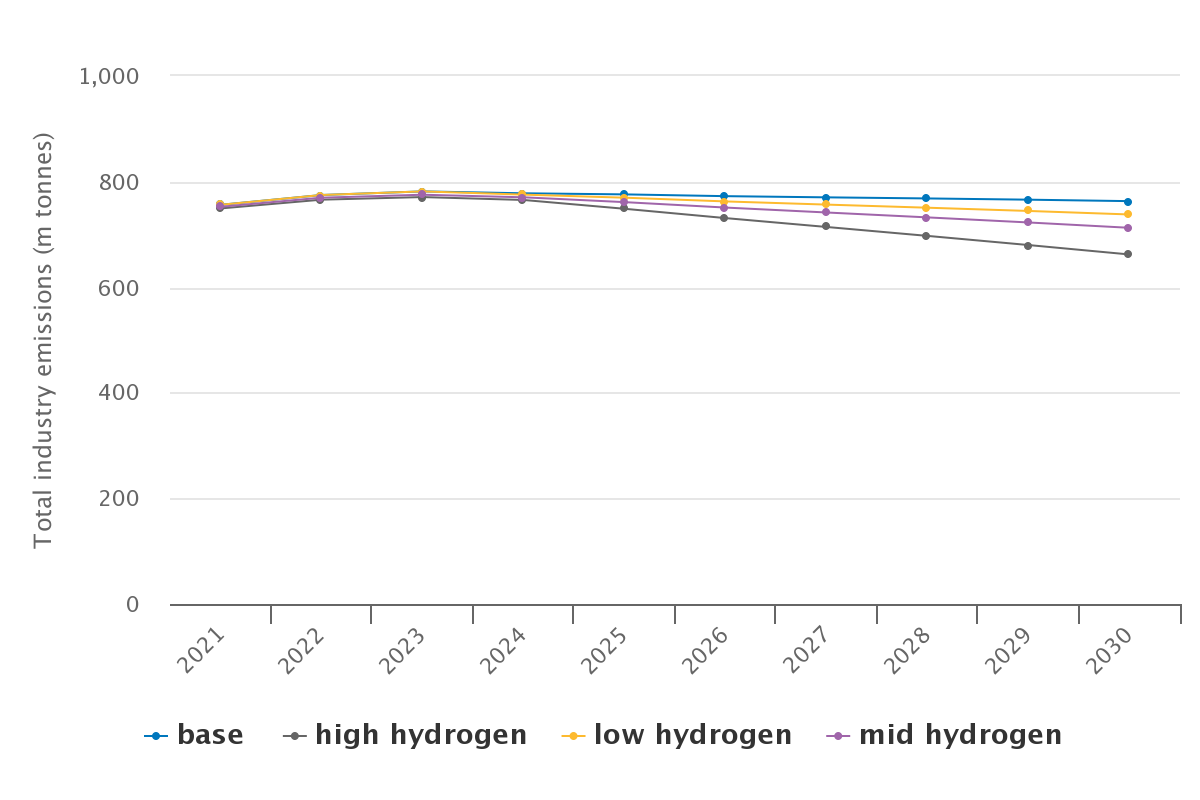 Price impact on the carbon market 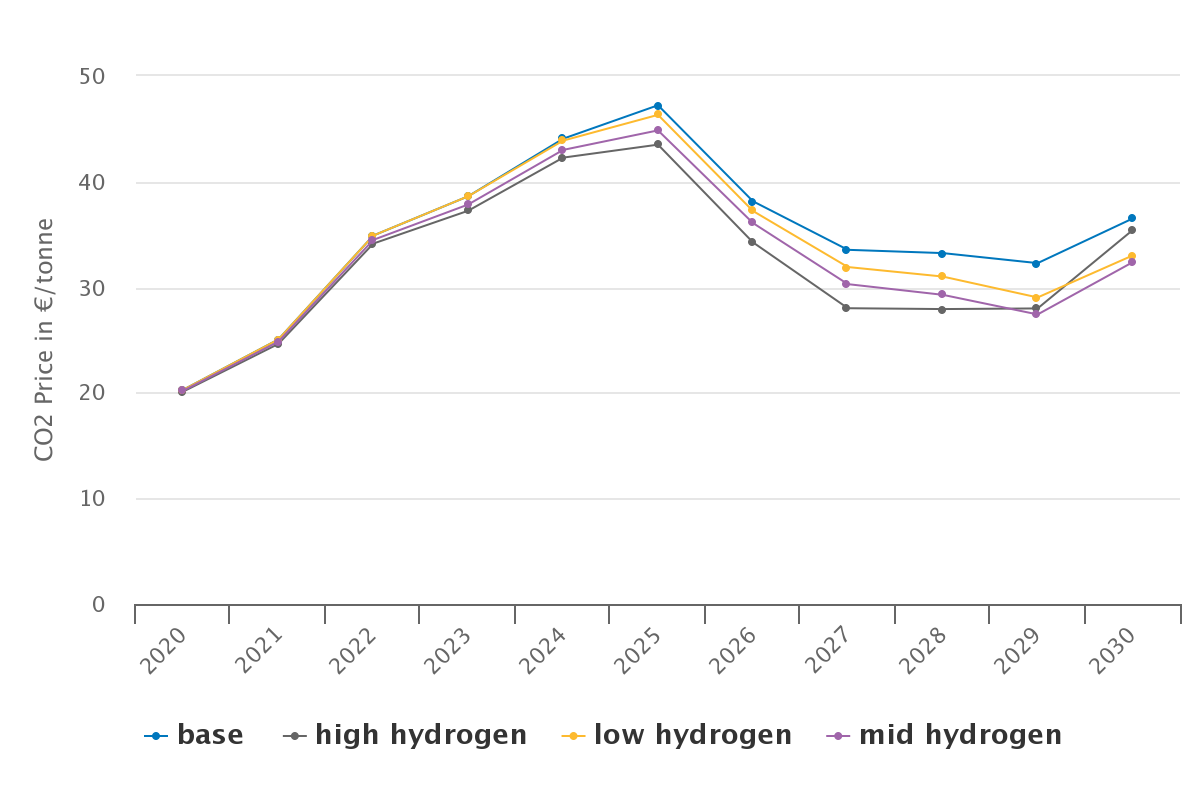 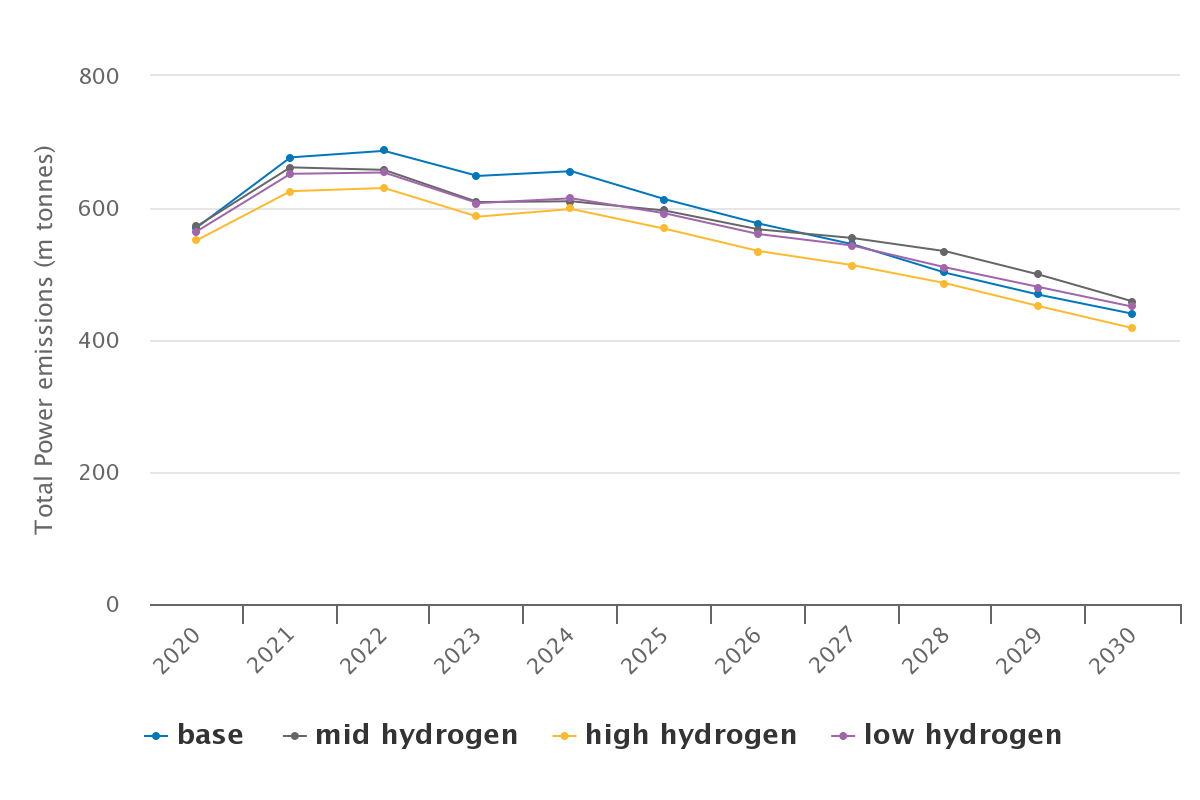 Our ICIS Long-Term Power Analytics customers have access to extensive modelling of different options and proposals. Our long-term price forecast now also includes Bulgaria, Greece and Ireland.  If you have not yet subscribed to our products, please get in contact with Justin Banrey (Justin.Banrey@icis.com) or Audrius Sveikys (Audrius.Sveikys@icis.com).