Prime Minister Jonas Gahr Store and Minister of Fisheries and Ocean Policy, Bjornar Skjaeran, were among the first dignitaries to board the emission-free vessel, with the pair given a tour by Yara’s CEO, Svein Tore Holsether.

“We are proud to be able to showcase the world’s first fully electric and self-propelled container ship,” said Holsether.

Developed in collaboration with the Kongsberg Group, the ship was made by local shipbuilder VARD with financial support from climate technology entity Enova, and will commence commercial operation in 2022.

“We have been looking forward to this day for a long time,” Holsether added.  “Yara Birkeland will transport mineral fertilizer between Porsgrunn and Brevik and will contribute to significant emission cuts during transport.

“This is an excellent example of green transition in practice, and we hope this ship will be the start of a new type of emission-free container ships.

“There are a lot of places in the world with congested roads that will benefit from a high-tech solution like this.”

Oslo-headquartered Yara  said the vessel will now begin a two-year testing period of the technology that will make the ship self-propelled, and finally certified as an autonomous, all-electric container ship.

The world’s largest fertilizer producer has also initiated the development of green ammonia as an emission-free fuel for shipping, through the newly-created “Yara Clean Ammonia” unit.

“As the world’s largest producer of ammonia, Yara has launched an offensive plan of international scale, both to remove current emissions and to establish the production of new, clean ammonia,” he added. 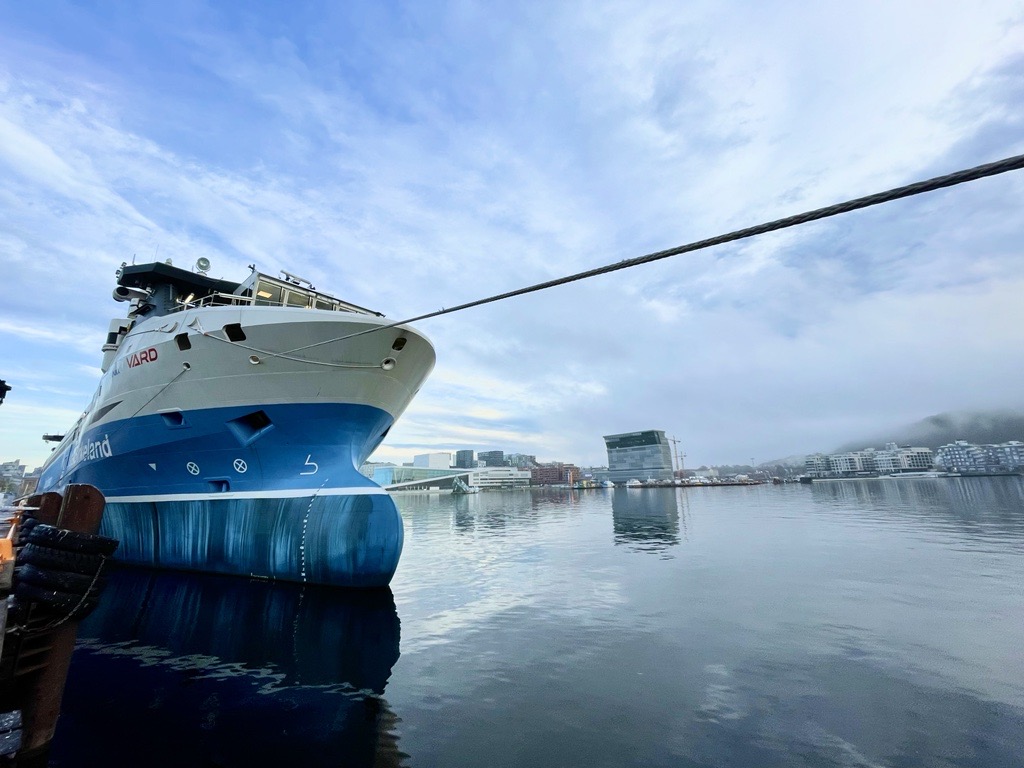 The Yara Birkeland prepares to make her maiden voyage in the Oslo fjord. Photo courtesy of Yara.