ICE Brent crude oil values soared above $105/bbl in Thursday’s afternoon session – the highest level since 2014 – after the conflict between Russia, one of the world’s largest exporters of gas and oil, and Ukraine escalated, potentially disrupting the global supply chain.

Regional tightness in the naphtha market is likely to intensify as refineries will struggle to increase run rates amid soaring energy costs and a lack of alternative fuel imports.

“The market is all over the place,” a major naphtha trader said, “with buyers holding back as they don’t want to buy at such higher prices.”

Average naphtha values are at their highest level since September 2014, and are up 59% compared to this time last year, according to ICIS data. 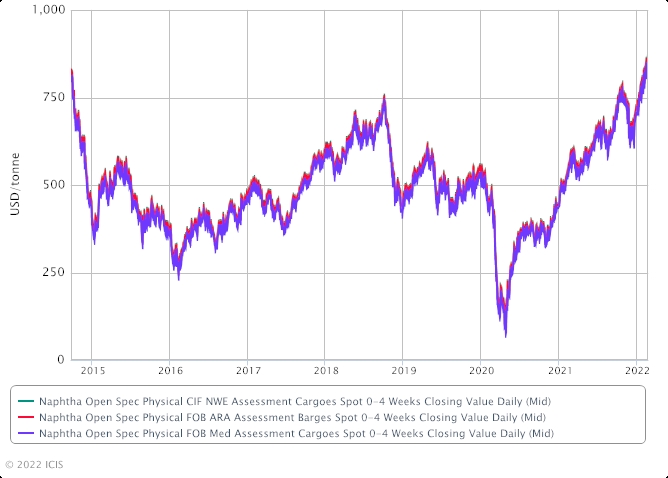 –
The overall market appears more sentiment-driven than by fundamentals with one trader pointing out that, “The market can’t decide whether they should follow the world news or Russian President Vladimir Putin, which is constantly changing the focus, compelling traders to flip sides.”

With buyers holding position, sellers are waiting until the last minute before making offers, which makes pricing direction in the spot space opaque.

At the same time, there is little direction coming from the physical market which remains extremely narrow.

The naphtha prompt-month crack spread – a measure of refinery margins – seesawed on market volatility before settling at $1.55/bbl for April and $2.1/bbl for March at the close of business on Wednesday.

A similar move was seen in the Eurobob gasoline crack spread which swung between $13.95/bbl and $14.05/bbl at the market on close on Wednesday. 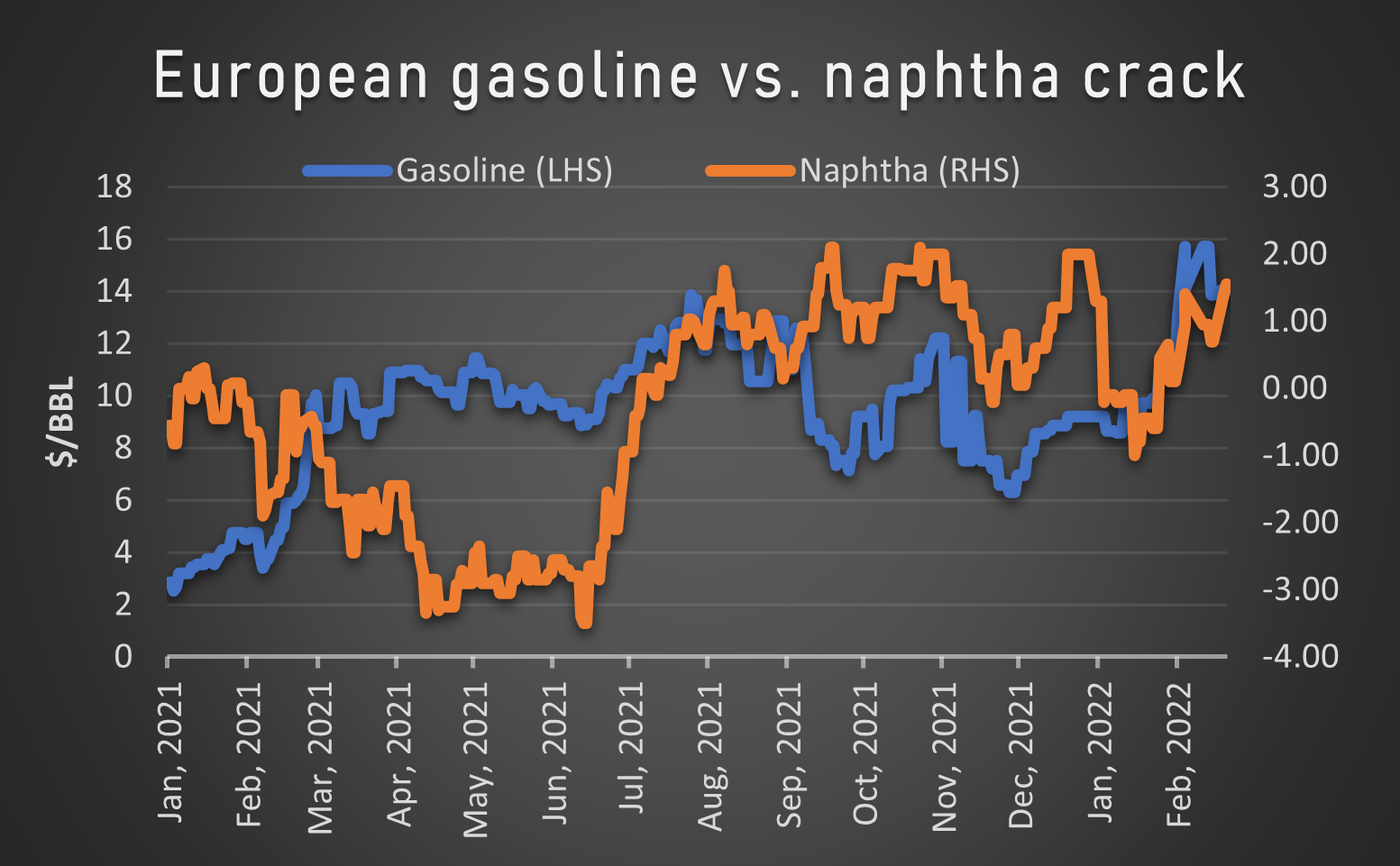 Uncertainty continues to dominate the open market trading window with one trader saying that sentiment changed every few minutes.

“Crack spreads were rallying up before selling off hard,” the trader added in response the moves seen at the Wednesday close.

As far as supply-demand fundamentals are concerned, the current tightness is likely to come up against steady demand from the gasoline blending and downstream markets, with a squeeze in olefin margins amid rising feedstock costs deterring naphtha consumption rates.

Naphtha availability is expected to remain tight as a cap is maintained on regional throughput because of soaring energy costs and as players are reluctant to lower offers as they make the most of the current situation.

All eyes are now on mounting Russia-Ukraine tensions and its potential impact on the global energy and crude oil markets. Some say there will also be macroeconomic factors to deal with, including higher interest rates, soaring inflation and slower economic growth.