Our ICIS Long-Term Power Analytics customers have access to extensive modelling of different options and proposals. Our long-term price forecast now extends to 2050 across all European countries.  If you have not yet subscribed to our products, please get in contact with Justin Banrey (Justin.Banrey@icis.com) or Audrius Sveikys (Audrius.Sveikys@icis.com).

The new German coalition government may be planning to totally phase fossil fuels out of the country’s power mix by 2035, which would be five-10 years sooner than previously anticipated in the case of gas, according to leaks from the economy and climate ministry.

An alternative reading of reports of the leaked draft paper would be that Germany targets a 100% renewable share of demand by 2035, a less ambitious plan that will nevertheless require a ramp up of capacity installations relative to our expectations in the early 2030s.

Parliamentary state secretary Oliver Krischer tweeted on Sunday evening that amendments to the country’s renewable energy sources act (EEG) were complete. “We will have enough renewables to meet demand as early as 2035,” he stated.

In this analyst update, we analyse both readings of the target, as well as other reports of the draft paper, which quantifies Germany’s new 2030 onshore wind capacity target for the first time at 110GW, and details renewable tender programmes out to 2035. 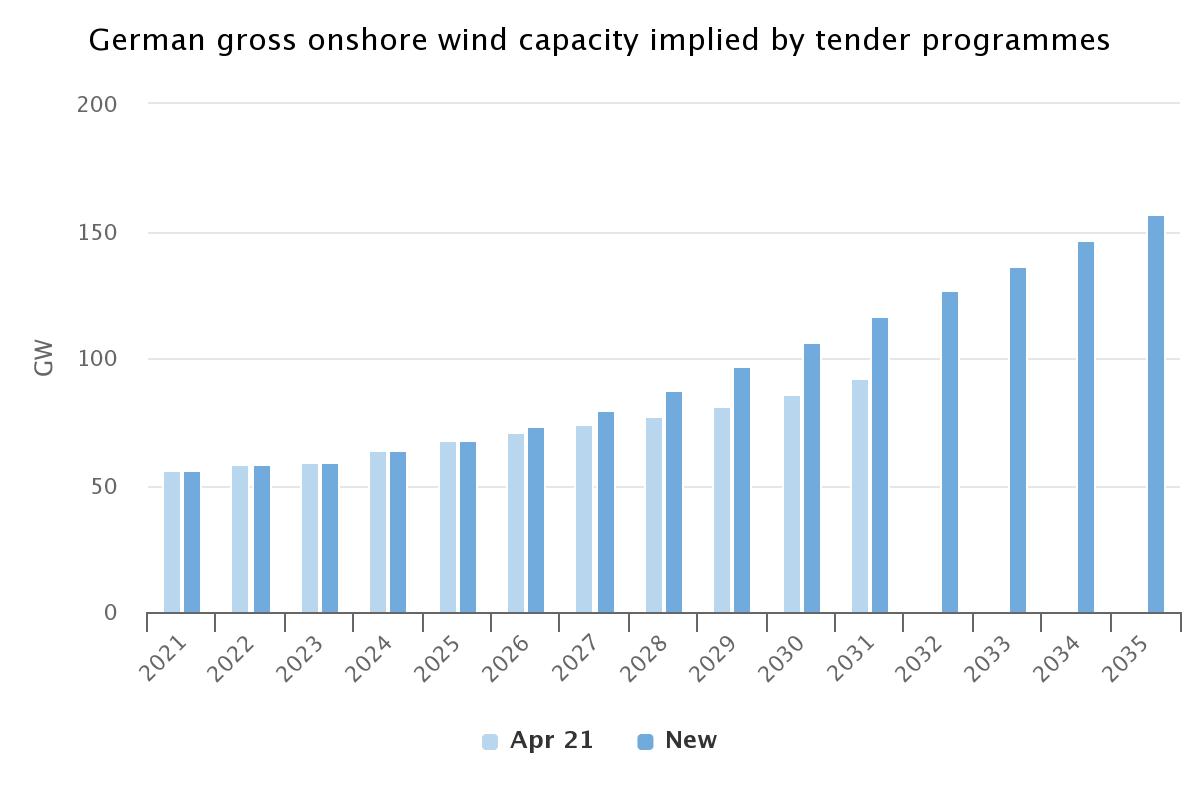 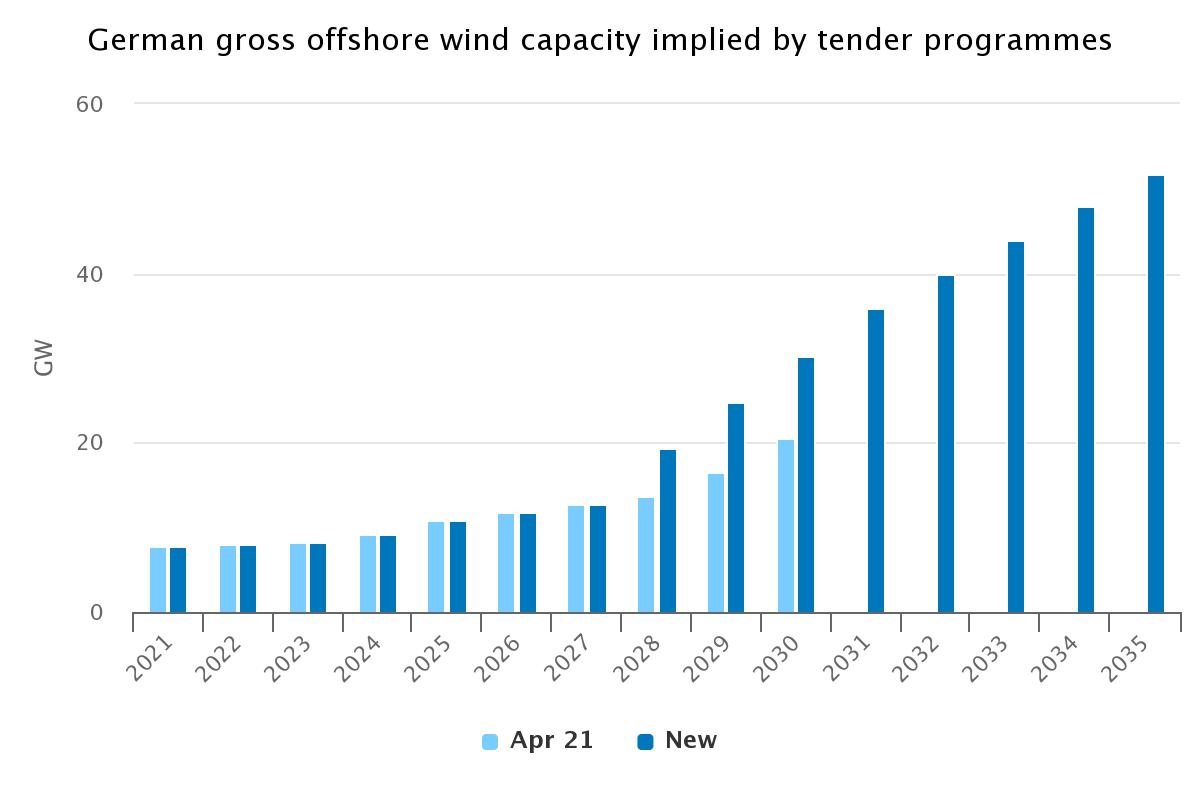 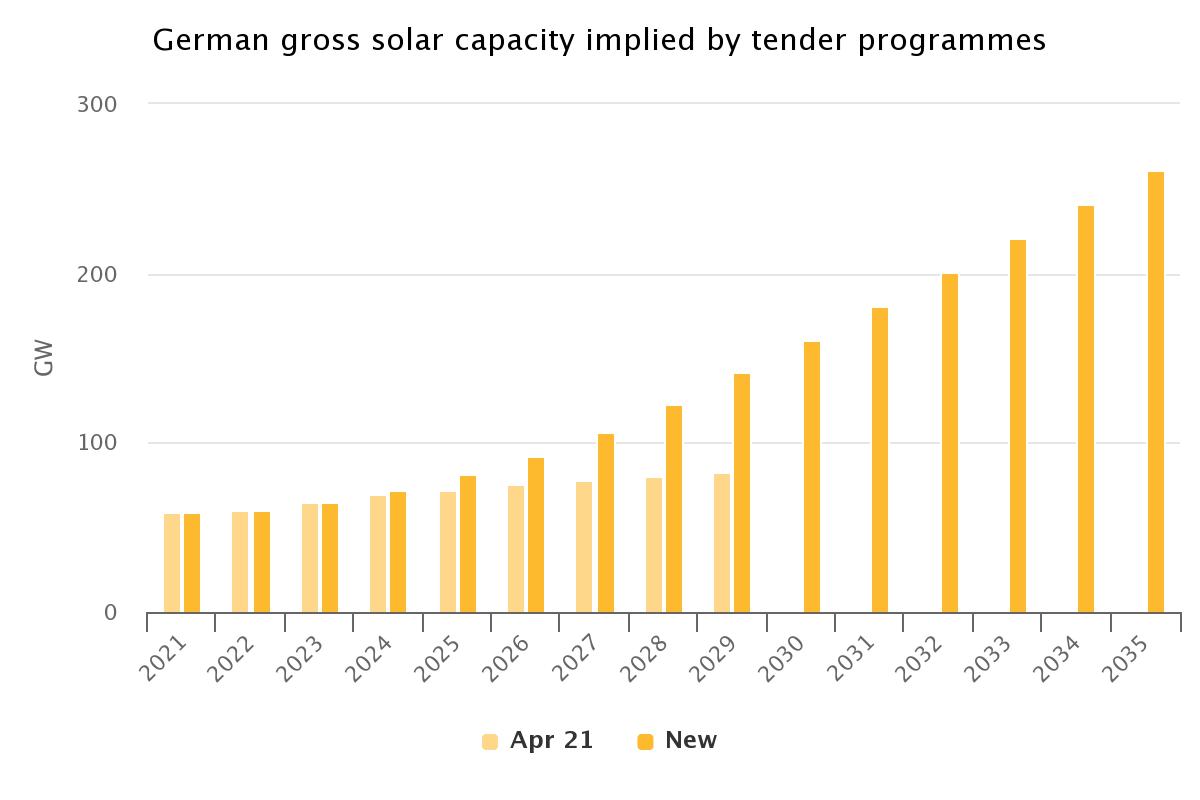