LONDON (ICIS)–US LNG producer Cheniere has made a final investment decision (FID) on its Corpus Christi stage 3 LNG plant, according to the company’s 22 June press statement.

Cheniere last said during its first-quarter earnings call in May that FID was expected by summer. 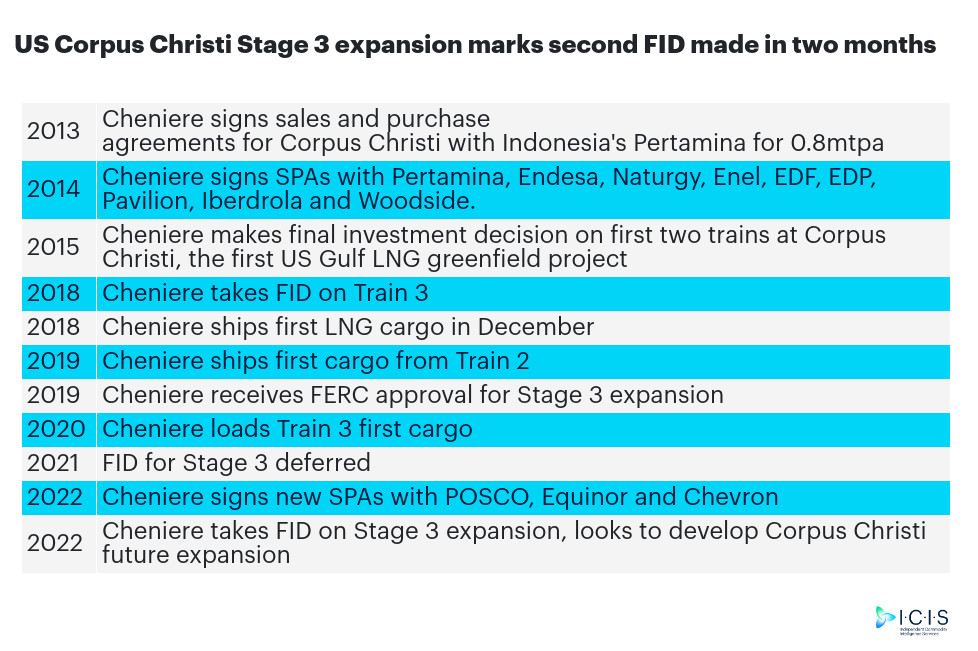 While the expansion project is to officially produce 10mtpa across seven new trains, Cheniere has recently talked of building Corpus Christi out further in the future.

Corpus Christi is an existing three-train plant designed for as much as 15mtpa in south Texas.

This is expected to add to feedgas demand for south Texas given the ramp up of US LNG exports from the Gulf, which would compete with import demand from Mexico via pipeline.

Cheniere has issued a full notice for its contractor Bechtel Energy to continue construction on stage 3, which began earlier this year under a limited notice to proceed.

The FID comes amid waves of US producers signing long-term LNG sale and purchase agreements (SPAs) in recent months, as buyers seek additional LNG volumes in the face of Russian gas and LNG supply uncertainties. 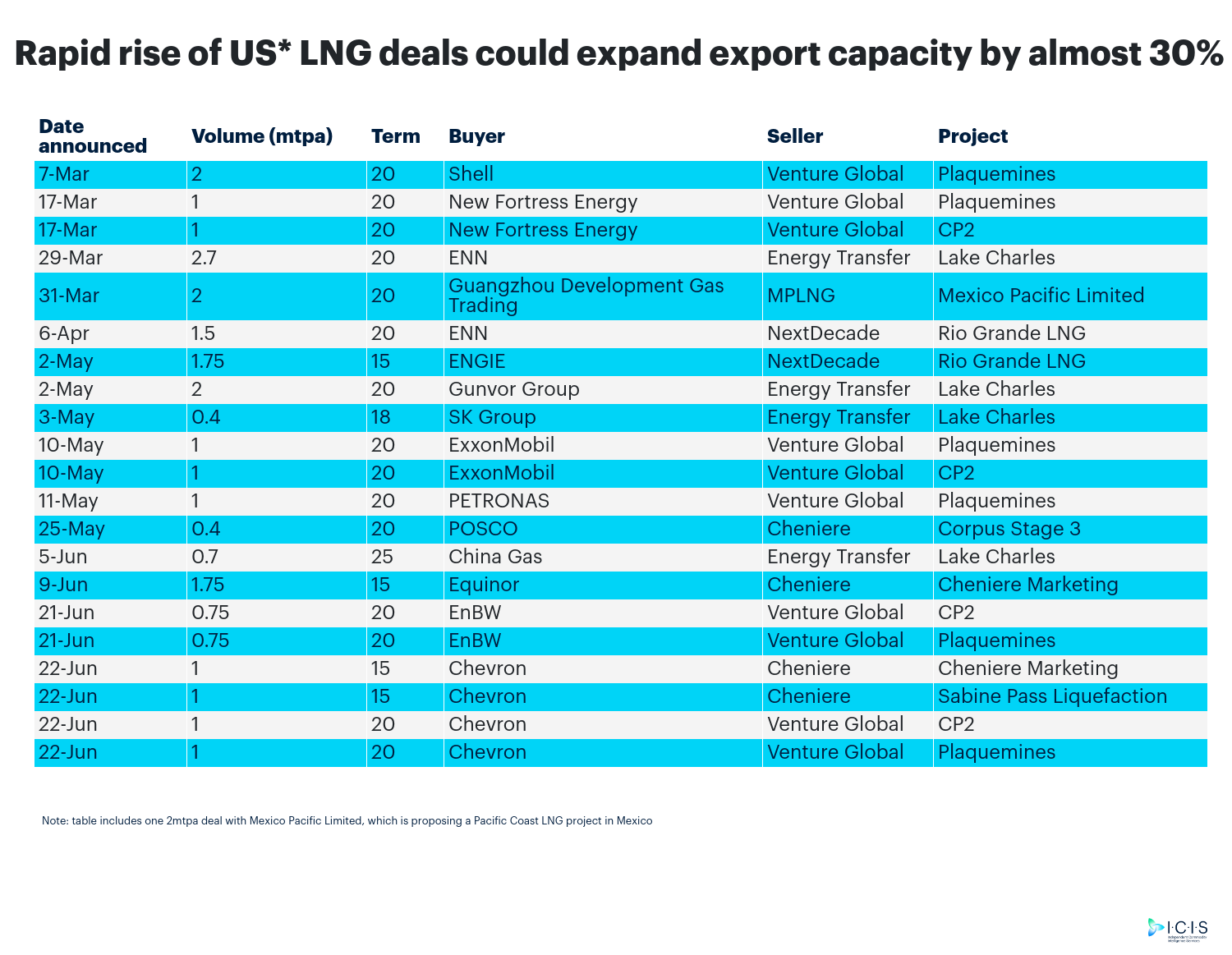 The Cheniere Marketing SPA is subject to the company making FID to construct additional liquefaction capacity beyond the Corpus stage 3 project, it said.

Other recent deals in 2022 include a 15-year SPA with Norwegian energy company Equinor and a 20-year SPA with South Korean end-user POSCO.

In 2019, Cheniere received approval from the US Federal Energy Regulatory Commission to site, construct, and operate stage 3, but FID plans were delayed as the coronavirus pandemic ravaged energy demand and the investment climate between 2020 and mid-2021. 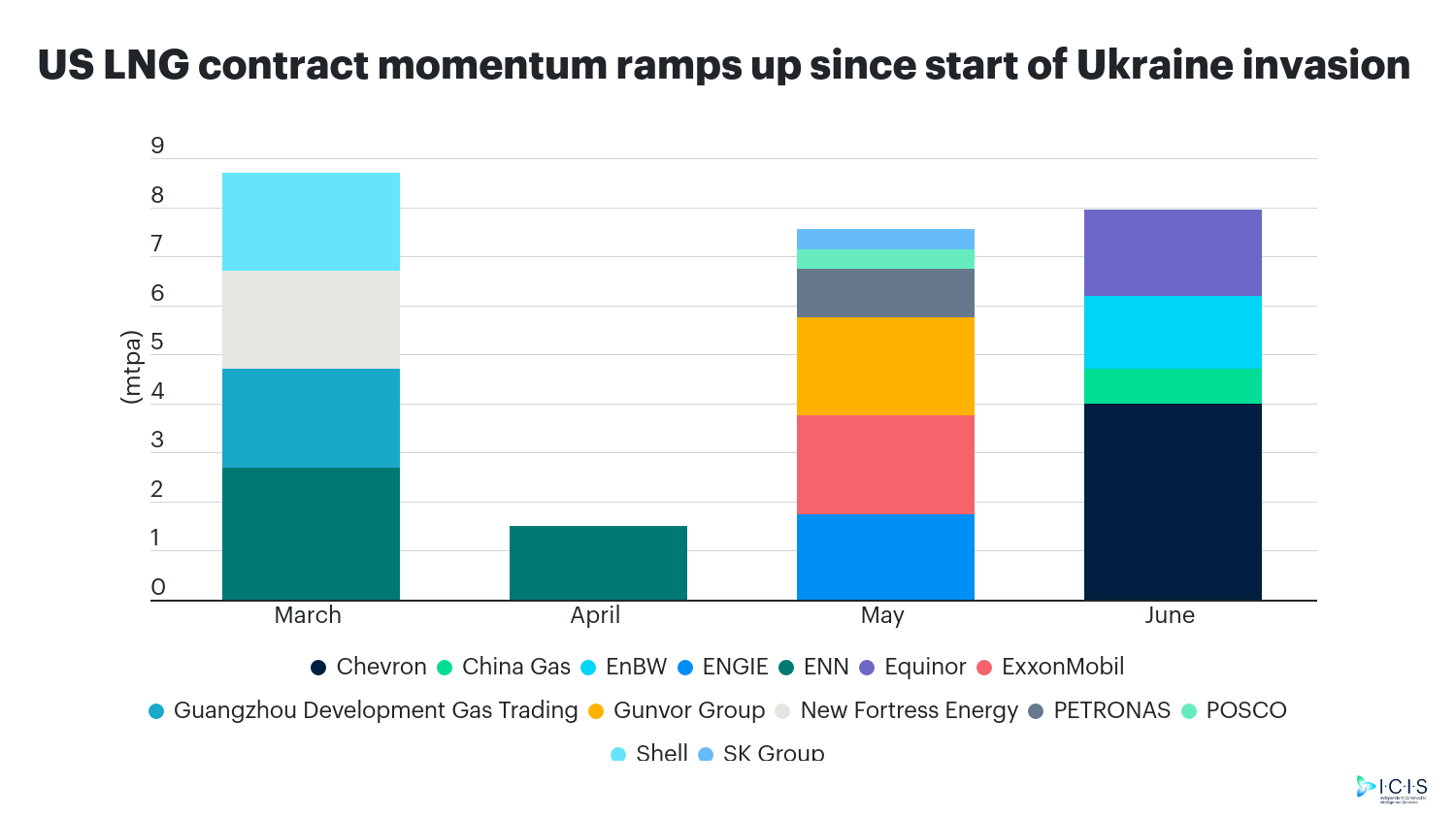