Overall, just over 60% of companies reported materials shortages, down sharply from July’s 73.3% and the lowest in more than a year, said Ifo.

Within chemicals, 49.9% of companies reported materials shortages, down from July’s 53.7%.

“It would sadly be wrong to describe this as a permanent easing,” said Klaus Wohlrabe, head of surveys at Ifo.

“The decline is still too small to trigger the kind of significant upswing in industrial production that would boost the economy.”

Ifo noted that “problems still loom large, especially in the key sectors of the German economy”, such as manufacturers of machinery and equipment, where more than 85% reported trouble sourcing inputs.

“Many companies are also in need of steel and aluminium in various forms. Another major problem is a lack of packaging material supplies,” said Ifo. 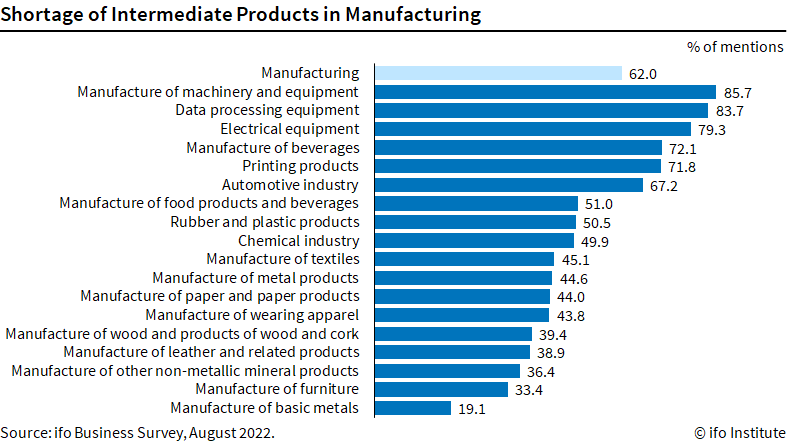 Front page picture: A cargo vehicle in front of a pile of containers at the logistic hub in Duisburg, Germany; archive image
Source: Sergii Kharchenko/NurPhoto/Shutterstock