MADRID (ICIS)–Sentiment in Germany’s key, petrochemicals-intensive automotive sector slumped sharply in August on the back of the “general darkening mood” in the economy, research institute Ifo said on Friday.

Ifo’s average sentiment index for the industry veered into negative territory for the first time since April, said Ifo, down sharply to -10 points, compared with +7.5 points in July.

The warning signs for the automotive industry follow Ifo’s survey among chemical companies on Thursday, which showed sentiment and expectations in the sector had “deteriorated drastically” in August on the back of high natural gas prices.

Within Germany’s automotive sector, there was a bright spot in expectations, which improved slightly compared with July.

Oliver Falck, director of Ifo’s Centre for Industrial Organisation and New Technologies, said, “The general darkening of mood in the economy is also reflected in the automotive sector, with suppliers much more pessimistic than manufacturers.”

Germany is the largest vehicle production country in Europe. 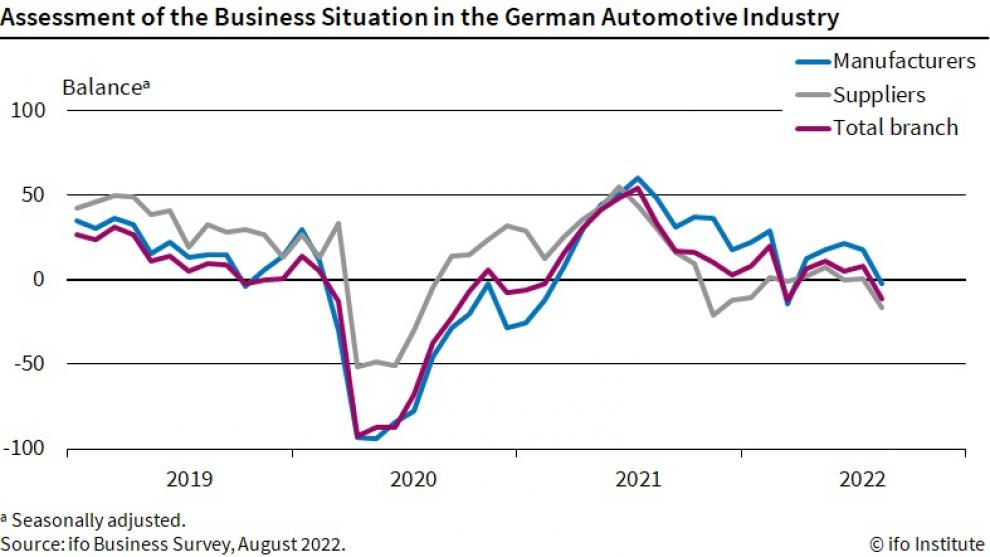 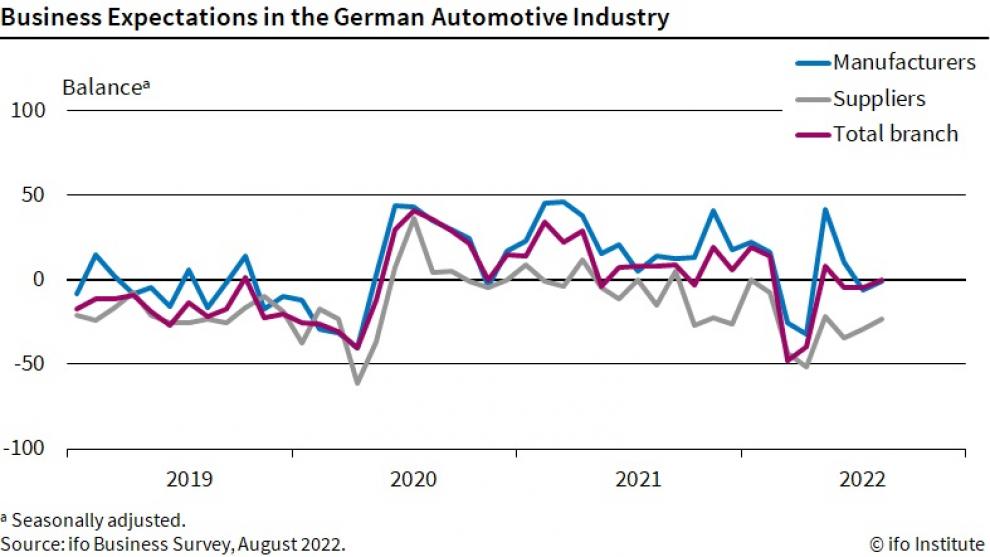