LONDON (ICIS)–Several members of the German parliament’s energy committee have spoken out against US legislation to impose sanctions on companies involved in building the Nord Stream 2 natural gas pipeline.

The US National Defence Authorization Act passed in the House of Representatives on Wednesday 11 December, but will need to be approved by the Senate before the president can sign it into law.

It includes sanctions on companies operating vessels that are laying the Russian pipeline in the Baltic Sea.

“A vote could happen as soon as today, as late as end of next week,” a spokesperson for Republican senator James Risch told ICIS on 12 December.

Risch chairs the Senate Foreign Relations Committee and has supported the addition of sanctions to the legislation.

Sandra Weeser, group spokesperson for the Free Democrats in the German commission for economics and energy, told ICIS: “The Trump administration is pretty clearly trying to threaten Germany. It is clear that energy security is a matter of national sovereignty, and the Americans know that very well.”

Others suggested that Germany may look to impose countermeasures if the sanctions are applied.

“Germany does not want to conjure up sanctions with the US,” Dr. Joachim Pfeiffer, economic and energy policy spokesman for the CDU/CSU parliamentary group, told ICIS.

“If, however, US sanctions are imposed, it will be necessary to both emphasise sovereignty and independence, and examine proportionate countermeasures in close cooperation with our European partners,” Pfeiffer added.

Potential US sanctions are “completely unacceptable,” according to Alexander Ulrich, the Left Party spokesperson in the energy committee.

“Germany cannot allow itself to be intimidated by Trump’s threats to block the Nord Stream 2 project that serve to promote his own interests in exporting American LNG fracking gas to Germany. If the US imposes sanctions that prevent the pipeline’s construction, the German government should react accordingly,” Ulrich added.

The pipeline is currently expected to come online in the middle of 2020, doubling Russian direct export capacity to Germany to 110 billion cubic meters per year. 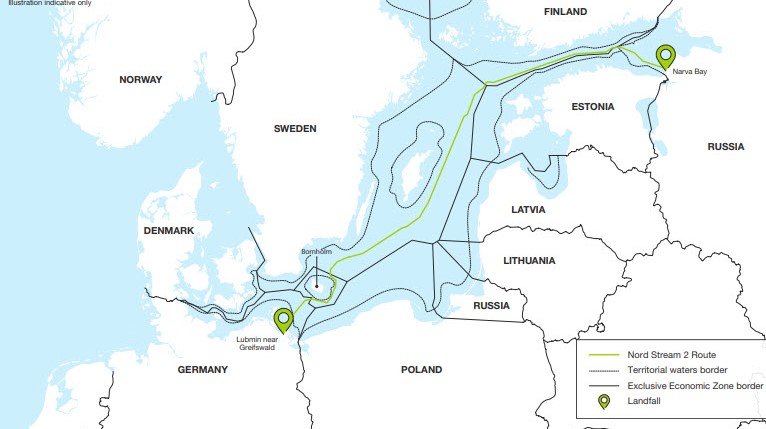 A spokesperson for Nord Stream 2 said that given the legislation has not passed yet the company would not make a comment on the potential impact.

There are three companies contracted to work on building Nord Stream 2, with Swiss engineering company Allseas responsible for laying 96% of the pipes.

A spokesman for the company said that it was monitoring the situation with regard to the US sanctions, but would not speculate on potential outcomes before the legislation is passed.

Italian-based company Saipem is working on the connection onshore in Germany.

Earlier this year it said that it did not think the legislation would impact its work on the project.

Russia’s MRTS is the third contractor working on the Russian section of the pipeline, but could not be reached for comment.